I was on edge, sitting in the doctor’s waiting room again, with Taryn and Zinhle. Just three days ago I was here getting all kinds of tests and the ‘morning after pill’. The doctor ruled out HIV which was a huge relief, but I had to come back for the results for the tests he ran for other STIs. The whole experience was cold and invasive. From blood and urine samples right down to the Pap smear for a vaginal swab.

When we finally got to see the doctor he went over his long explanation of the different STIs he tested for. I went blank as his words washed over me. I was scared out of my mind that I had something that could possibly kill me, or something I’d have to treat for the rest of my life. A part of me didn’t want to be in that room fearing the worst, but I had to know.

As the doctor opened my file and read out the results I reached for both Taryn and Zinhle’s hands. In that terrifying moment I was so glad I had them with me.

“Luyanda, the tests revealed that you have chlamydia.”

The word rang in my head. Of course I would get an STI on top of everything I’d been through.

“Chlamydia is curable and we detected it very early, which gives you good odds,” Dr Dlamini added, when he saw the terror in my eyes. Zinhle pulled me into her arms and I had to try not to burst into tears right there and then.

“I have prescribed Tetracycline. Ensure that you take it an hour before every meal. You need to complete the course for it to properly clear up the STI.”

“Thank you, Dr Dlamini,” is all I could manage.

I got to my feet and grabbed the medication on his desk. I suddenly needed to get out of that small room. The walls were starting to close in on me and I couldn’t breathe. As we were about to leave he stopped us.

“Wait. I think it would be a good idea to speak to a professional about how you are feeling mentally. I can recommend a very good counsellor.”

He handed me a card from his desk drawer.

“And another thing. It is important that you inform your sexual partner, or partners, of your results so they can get tested and treatment if necessary.”

I can’t believe I thought coming to Thapelo’s place was a good idea. I talked Taryn and Zinhle into coming with me even though they weren’t thrilled.

“You’re kidding right? Tell me you’re kidding Lu,” Zinhle had said, dropping her mug with a loud thud in the kitchen sink.

“I’m not. I want to see Thapelo and tell him he should get tested for chlamydia.”

“Why would you want to do that? He violated you Lu. If anything, he deserves a beating, not your consideration.”

“Seriously, Lu that bastard doesn’t deserve to be treated with a sliver of kindness. I think we should let my brother pay him a visit and rough him up. ”

“Listen, I need to face him. I need him to know what he did to me was wrong. Facing him is the only way I can think of to fix what he broke in me. And I’m not okay with sitting back and letting him pass on his chlamydia to more girls.”

Tears streamed down my face and Taryn took me in her arms and held me tight. “Okay we’ll go with you.”

Once we were outside his place I felt my courage falter. My heart rate accelerated and my breath caught in my throat. I couldn’t face him … but I knew I had to. I needed to take back my power, show him that even though he came pretty close, he didn’t destroy me. I would prove to myself that I was strong enough to pull through.

He opened the door after we knocked twice. He was surprised, quickly stepping out and shutting the door behind him. He mumbled something about having ‘company’ and I knew he was with another girl.

“That’s fine. We’re not staying. I just came to tell you something.”

“You sexually assaulted me and I need you to know that. You hurt–”

“What? Are you insane? I didn’t do that; we both wanted to have sex,” he said, frantically looking around to see if anyone could hear my accusation.

“You took off the condom and had unprotected sex with her without her knowledge, you bastard,” Taryn hissed at him.

“Then what are you doing here Lu?”

“Oh my God you’re unbelievable. Are you really this sick and twisted?” Zinhle blurted out angrily and I placed my hand on her shoulder to stop her saying anything further. An unexpected calm came over me. I knew I was doing the right thing.

“Thapelo, I came here to tell you that you gave me chlamydia and you should probably get tested and treated before you pass it on to whoever you have in there.”

I took a step forward and looked him dead in the eyes as I spoke. The shock on his face fuelled me.

Then I turned on my heel and walked away, leaving him stunned.

“Watch your back cos I told my brother about this and he is a professional kick boxer,” Taryn threatened as we left.

“I didn’t know Mathew was a pro kick boxer,” Zinhle said, as we got into our Uber.

“He isn’t, but Thapelo doesn’t know that.” We all burst into laughter. In that moment I knew I would be okay. I had a long road ahead of me, but I had faith that I would heal and come out the other side stronger than ever.

Thapelo and Ayden debased me, leaving me vulnerable. Never did I imagine anything like that would happen to me. I felt I would carry the pain of these horrible experiences for the rest of my life. So I decided to see Dr Dlamini’s counsellor friend. If I was going to find healing I needed all the help I could get.

Would I ever find myself in another relationship, after these betrayals? I tried to persuade myself that shouldn’t let the likes of Ayden and Thapelo ruin love for me.

I felt my heart would be willing to love again. But I had to make myself a solemn promise: take time to really get to know the next man I let into my life. Take it slow and don’t rush into having sex.

I had survived sexual abuse. I might be devastated now, but it would get better. Surely, there is light at the end of this dark, painful tunnel. I just need to keep moving forward.

Tell us: Do you think ‘stealthing’ is sexual abuse? What did you think of this story? 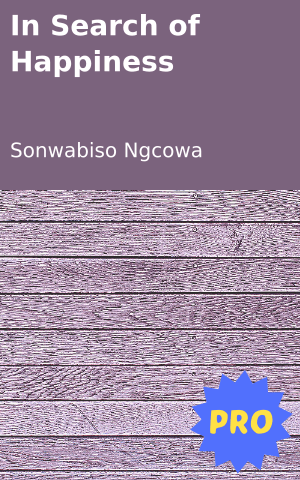 In Search of Happiness 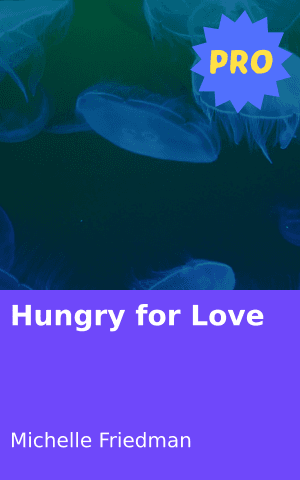 Ukholo
Login to Comment
117 Responses
Yes it is sexual abuse. Loved the story💯💯
Kue_M . · 3 weeks ago
Mhh she was facing but she's the strong woman
Sthandwa Nzima · 4 months ago
I think 🤔 it definitely is rape and by the way this is a beautiful story
Kie-Lee Kie-Lee · 6 months ago
I think 🤔 it is sexual abuse I think 🤔 this is a beautiful story and very inspiring
Kie-Lee Kie-Lee · 6 months ago
Stealthing is indeed a sexual abuse ,cause one person is in the dark when in fact all the players involved must know what's happening, and the story is very insightful its paints a clear picture of some on the issued that varsity girls go through ,and most of these cases are not being reported ,and a lot of degreed gents have gotten away with rape
The Maverick · a year ago
Load More
Go to Library