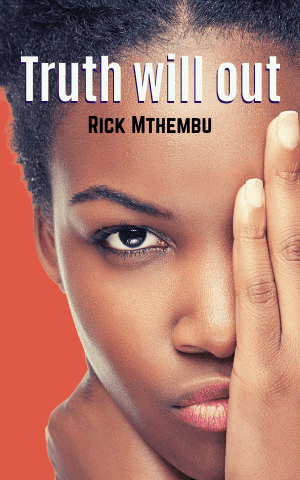 The blazing midday sun scorches Sphiwe’s back relentlessly. They have just finished writing the final exam for history. Sphiwe is almost at the school gate when he hears Thabo’s voice.

“Wait for me, Sphiwe! Why are you in a hurry?” says Thabo.

“You know how it is after writing the exam, Thabo. You just have to go home,” says Sphiwe.

They walk out of the school gates and down the road.

“Hey guys, wait for me!” says Samke. She catches up to them quickly. “Hey guys, ninjani? (how are you?)”

They continue down the road, perspiring in the heat. Samke places her backpack over her head to shield her face from the sun.

“So how was the paper?” asks Samke.

Thabo shrugs his shoulders and looks at Sphiwe.

“I was alright,” says Sphiwe.

“Alright? I thought it was difficult, I couldn’t even finish writing my essay,” says Samke.

“The trick is to start with the essay, before attempting other questions,” says Thabo.
Thando joins them as they are about to reach the fast food container up the road. “Yhoo kwaze kwashisa! (it’s so hot!) Can’t we put some cents together and get something cold to drink?”

“Hold your horses, Thando. It’s not Friday yet,” says Thabo.

They all laugh, except Sphiwe.

“Not everything cold is a beer, Thabo,” says Samke.

They reach the container that sells fast food and sit in its shade.

“So, are we really not going to get something cold to drink?” asks Thando.

They all look at Sphiwe, whose face is grim and focused.

Sphiwe is distracted and hears nothing. Thabo moves to stand in front of him. “Hello! Earth to Sphiwe!” says Thabo.

Sphiwe suddenly snaps out of his thoughts.

“Is everything okay, Sphiwe?” asks Thabo.

“Alright, so how much do you have on you? We need to buy something cold to drink,” says Samke.
Sphiwe takes out a R10 note from his pocket and hands it to Samke. “Here, take only R5 from that,” he says.

They buy a two litre Coca Cola and biscuits. They sit in the shade of the container and eat and drink while watching cars and other learners pass by.

“How do you know they were gun shots?” asks Thando.

“Because they were loud and echoed all over Amaoti, duh,” says Samke.

“Guys, I didn’t hear gun shots. I am a deep sleeper,” says Thabo.

They don’t know that what they are talking about is personal to Thando. The gunshots were fired in her home. Her father had an altercation with her older brother, Mlamuli. Mlamuli has recently joined a gang called The Petty Thugs gang that has been terrorising Amaoti.

The fight erupted during a family meeting called for Mlamuli due to his recent behaviour. Mlamuli and his father, Bab’ Khumalo, exchanged venomous words. Mlamuli left and returned with a pistol. He fired four shots at Bab’ Khumalo. Mlamuli bolted and vanished into the night. Bab’ Khumalo was rushed to the Mahatma Gandhi Memorial Hospital in critical condition.

“Guys, I have to go,” says Thando, getting to her feet.

“Aren’t you going to finish this first? This whole thing was your idea, remember?” says Thabo.

“I just have to go,” says Thando. She leaves and is almost hit by a car as she crosses the road.

“What the hell is this? What’s wrong with you guys today?” asks Thabo.

Samke and Thabo are left stunned by Thando and Sphiwe’s sudden departure.

“Do you think those two have hooked up and are keeping it a secret from us?” says Thabo.

They both laugh at the idea of Thando and Sphiwe being together.

Tell us: How would you describe the neighbourhood of Amaoti, based on insights you have picked up so far?

< previousintronext >
Login to Comment
70 Responses
It full of gangster it not safe
Zinhle Nonhle Sibiya · 2 months ago
It is a township full of violence. It's not safe at all
Ayabonga Dotye · 2 months ago
Dangerous
Zola Msizo · 4 months ago
Just like other townships.... Gunshots are a normal thing
Nokukhanya Ndebele · 5 months ago
Not safe, a crime scene
Alwande Mahlobo · 6 months ago
Load More
Go to Library