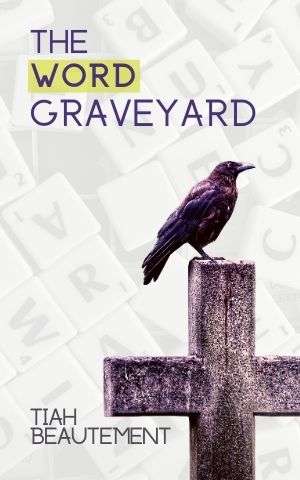 In 1939 Annie Miner Peterson, a Native American who lived in South West Oregon, died. She was the last person fluent in the Miluk language.

Nomfundo did not wake up in the morning with a face full of pimples, proving that God plays favourites. Instead, as we began our walk to the high school she sneered, “Got your five words ready?”

I raised my brows.

Nomfundo started laughing. “Your social life is going to be over.”

“Careful,” I said. “You keep giving opinions you know nothing about. People are going to think you are an ultracrepidarian.”

I shrugged, as I spotted my best mate, Rehab, up ahead, and began to jog to catch up.

“Was that an insult, neh?” she yelled after.

I turned my head, not slowing down. “Guess you’ll have to look it up!”

Now it was my turn to smirk, as I reached Rehab’s side.

“Life has become too interesting, my friend,” I replied, and proceeded to fill him in.

I raised my brows.

“Go on, say a sentence using one of these old English words.”

“Sjoe. Okay … um … this morning I was listening to the news on the radio and,” I shook my head, “these politicians are just a bunch of snollygusters, only in it for themselves.”

“Snollygusters!” Rehab howled. “This is classic. Oh hey, Sunette, come listen to this.”

Rehab’s girlfriend hustled over, and before I could say a word, he was telling her everything.

Sunette gave a small laugh, before saying, “Please don’t tell my parents any of this. They are always on my case about speaking Afrikaans at home. I keep telling them it is a dying language, and nobody cares anymore.”

“Don’t even give me a hard time about it,” Sunette said. “My parents keep pushing me to try for a scholarship to a Canadian university, or Australia, or … anywhere but here. I keep telling them I want to go to UCT, but no, they’re determined I leave the country, claiming it is going to the dogs. They’re hypocrites, plain and simple.”

Rehab’s eyes are wider than dinner plates, while my stomach churns. I don’t know Sunette’s parents, but they’re not saying things I haven’t heard before. Even so, I can’t imagine refusing to speak my home language at all.

“Are you seriously taking their side in this?” Sunette demands.

Rehab and I shrug.

“I just don’t know,” I tell her. “Say you are right, that Afrikaans is dying out. Then doesn’t it make it more important to keep it alive?”

She snorts. “Like that matters. Anyway, if they are serious about me going to university in Canada, then my time would be better spent learning French.”

I shake my head. I’m not sure what the real answer is. All I know is that what she is saying doesn’t feel right.

Tell us: Do you think Sunette has a point, that there is nothing to be gained by keeping a ‘dying’ language alive?

< previousintronext >
Login to Comment
39 Responses
Never🙅
Sebabie · 4 months ago
No
Doris · 4 months ago
I dont think so, a language will always be important .. dying or not
Rudeness · 4 months ago
Yes sunetta has a point but they is something that can be done if they are holding hands all together and come up with a solution
Ncakazi · 4 months ago
No. Imagine by 2085 I'm the only one who will be fluently speaking Zulu language! Sunete is actually wrong cause it's our duties to fight for our languages and cultures
mthamis · 4 months ago
Load More
Go to Library