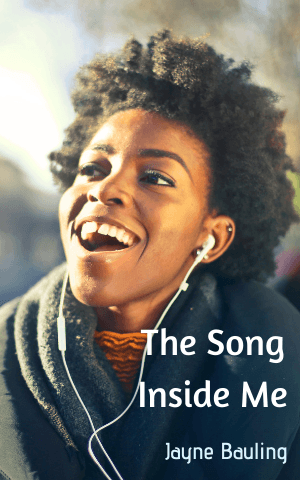 “What the hell did you think you were doing? Getting up there and making such an exhibition of yourself?” Mongezi is so angry, his spit flies into my face. “Rapping like a … You should have waited and let me explain why I did what I did.”

“Why you stole my song?” I try to get free of his hold. “Well, now is your chance, Mongezi. I can’t wait to hear. And what were you going to do if Die-Mond had put me on before you?”

“I’d have made you see it made sense for me to do the song. But when I heard I was on sixth, I seized the moment. I was protecting you, baby.” His voice softens and he looks more like the young man I fell in love with, less like the crude bully of the last few minutes. “You have a talent, yes, but you’re too sensitive for the music business, Khaliso.”

“It’s a harsh world, hectically competitive,” Mongezi carries on, as if I haven’t spoken. “It will destroy you. I can’t see that happen. I want you to keep behind the scenes, coming up with your crazy-ass songs, but staying sheltered – letting me take the knocks for you.”

I don’t fully understand what I’m hearing. I mean–?

“Where did you get the idea I’m such a … a delicate creature that I need sheltering?”

“You know how emotional and highly-strung you can be.”

Have I made him think that? With my neediness and uncertainty when I’m with him? I don’t know what to think, now that he’s sounding so caring.

“But … my song,” I mumble, still upset about that.

“C’mon baby, stop looking at me like that.” The hand that was clamped round my elbow has loosened and is stroking up and down my arm. “I did it for you.”

“Without discussing it with me first.”

“There wasn’t time when you were memorising the words you recorded on your phone while I was rehearsing?” I’m not ready to let this go. “The words you were so rude about earlier?”

“I was only rude because I hoped you’d withdraw from the contest voluntarily. You were sort of thinking about withdrawing anyway–”

“But yes, you were, when you said there wasn’t time to write a new song, or change the Lyin’ lyrics.”

“No, there was never any point when I was considering withdrawing.”

Was there? He sounds so convinced, yet how could I have given him that idea?

He shrugs. “Anyway, you’ll withdraw now. From the next round, I mean.”

“Fuck off,” Mongezi tells him.

“I don’t think you want to speak to me like that.” Banzi sounds so cool and in control.

“I’ll speak to you any way I like, boy.” There’s insolence in the way Mongezi says it.

“Fine, go right ahead.” Banzi pauses, calmly studying Mongezi. “But you might want to remember that Die-Mond runs things around here, and when I speak, he listens. He doesn’t like thieves … Here come your friends, Khali-L. Best you go home with them.”

Tell us: Is Mongezi really trying to protect Khaliso?