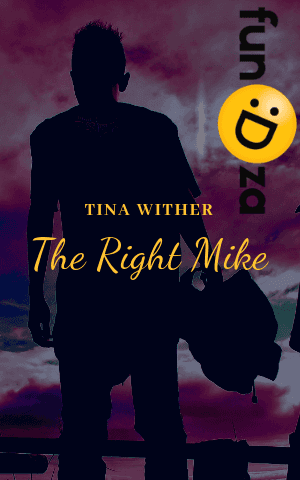 Saved by the Bell

The home-time bell is ringing, accompanied by the slamming of desks and scraping of chairs. ”Saved by the bell!” someone shouts out.

“Another English idiom!’’ says the girl next to me. ‘’Haven’t we had enough for one day!’’

Loud laughter and jeering from the back of the classroom followed by, “Hey Zoe, how about this one: ‘new brooms sweep clean?’”

The comment is aimed at me, the new girl, Zoe Mkize. I cringe and try to look scarce, but the laughter behind my back is hurtful. Trying to fit into a new school is not easy.

Miss Brown, the English teacher, bangs her fist on her desk to get some order back in the classroom. No-one even listens. The boys in the back row are on a roll. The next victim of their rude jokes is Robert. A quiet boy; not very bright, it seems.

“What about this one, Robert: ‘Don’t judge a book by its cover. Let’s see the cover of your book before you pack your bags.’’

I feel so embarrassed for Robert. He doesn’t have a cover on his book.

Loud laughter follows Robert as he leaves the classroom.

It’s time for me to duck out of the room. I’m looking around for an easy escape when Nomi, who sits next to me, says, “Hey, don’t listen to them! They might have book covers, but there’s nothing in between! You can’t judge a book like that!’’

I laugh softly and agree with her.

‘’Let’s get out of here. I’ve had it with English idioms. They’re idiotic, don’t you think!”

No-one pays any attention; they’ve already dismissed themselves, pushing and shoving their way out of the door into the corridor. It’s a mad scramble to get outside and find the best benches in the playground.

I shudder. This is so different from St Elizabeth’s, the girls’ private school I used to go to.

That was before the argument with my mother… I can still hear myself shouting at her down the passage: ‘’Don’t tell me what to do!’ You are never here when I need you, so why should I listen to you!’’

‘’Well, you don’t need to listen to me for a while; I am going to Mauritius with Stephan,” my mom had said. “And you can go to Gogo!’’

I never thought Mom would go ahead. But later that night I heard her on the phone to Gogo. Before I knew what was happening my bags were packed and I was dumped on the bus to Gogo’s house.

Now I am trying to find my way around a new school, trying to make new friends.

Tell us what you think: What do you think of Zoe’s mom sending Zoe to Gogo?

< previousintronext >
Login to Comment
28 Responses
not ayoba at awl....i mean choosing a boyfriend over your own Daughter its a no no for me.
Noquandor · a month ago
We don't really know the circumstances so can't judge mom and if Gogo is willing ,why not
KhutsoPot · 3 months ago
this mom is truly not a mom!! how irresponsible behavior, what a wowo
BeeÅBlur · 3 months ago
yoh she gave birth to Zoe only to dumb her at her grandmother's place so that she could to Mauritius with Stephen sies!!!
fakira · 3 months ago
She's her birth mom she can't do that to her child
Lili9 · 8 months ago
Load More
Go to Library