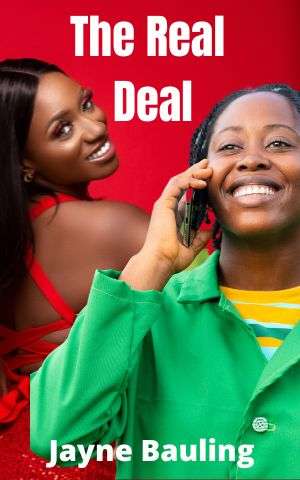 Lereko knew it was ridiculous to feel a throb of excitement hearing those words. Xikosi was talking about working together, that was all.

“How about now?” Xikosi appeared to think about what he’d said, and then added, “To start with. I figure we’ll need regular sessions.”

So they sat on a shady section of wall and got started with some questions from Xikosi. It was a new and unsettling experience for Lereko, to be sitting so close to him and having all his attention on her.

Unsettling, but also thrilling. Her pulse was going crazy, she was so aware of him.

The weird part was that it didn’t really seem like he struggled with the subjects they were discussing. His questions were too intelligent — but why would he pretend to be ignorant? As for the agronomy, his advice was of value to her, as he gave her a whole new way of looking at the science.

“How come you know so much about soil and crops?” she asked.

“A townie like me?” He laughed. “I’ve loved growing things ever since I was a little kid and discovered how easily I could propagate new plants. It started with the seeds of vegetables from the kitchen, ones we got from the shops or hawkers…I admit that at first I didn’t have much success because I kept digging the seeds up to see how they were doing.”

Lereko joined in with his laughter. Privately, she was thinking what a cute little boy he must have been. She’d bet he got away with a lot of mischief, with that smile of his and his eyes sparkling between long lashes.

“And now here you are, studying agriculture. A lot of people find that surprising.”

“I know, but it’s all I’ve ever wanted.” Now he was serious. “The trouble I got into at high school and at home when I didn’t turn up for the job-shadowing gig they’d arranged for me at a law firm…Instead I took off to this farm near Ohrigstad in the Sekhukhune region, where they let me hang around and ask questions and help a bit. They grew maize, beans, and paprika.”

“I know Ohrigstad, it’s not so very far from the farm outside Mashishing where my father is an assistant manager.

“He must be happy his child chose agriculture.” Xikosi was wistful. “I hate disappointing my family. I was supposed to follow my father into law.”

“I’ve heard you talk about your brother.” She was slightly self-conscious, admitting she listened to him when he wasn’t talking to her. “Can’t he do law instead?”

Xikosi shook his head. “Dzanga is doing a medical degree at Wits. You see, our mother is a doctor. That was always our parents’ plan for us, one brother in medicine, the other in law.”

“It must be tough.” Lereko couldn’t help expressing her sympathy. “But you have to be true to yourself.”

“You don’t see me as some sort of fake then?” Xikosi’s eyes caught hers, and he held himself tensely. “A privileged private school boy ‘playing farmer-farmer’, as someone once called it?”

“But not anyone in our class. We’ve all seen what a genuine passion is it for you.”

She saw how he relaxed, his smile returning to light up his face.

Tell us: It looks like Lereko might have a chance to get close to Xikosi, but what might sabotage that: Xikosi’s family, Rhandzeka, or Lereko’s own uncertainty?

< previousintronext >
Login to Comment
13 Responses
Rhandzeka can mess things up
Tshegofatso Ntsoane · 2 days ago
EVERYTHING
Kudzai Madinha · 2 days ago
All of it
Wonder Eke · 4 days ago
It could be either, Randzeka could play dirty, the family might fight it and also Lereko not being confident of herself could be the problem... Let's wait it out and see
Awande Amabhele Cabeka · 7 days ago
All of them
Retshepile Masiteng · a week ago
Load More
Go to Library