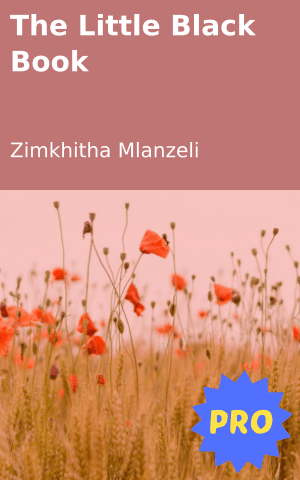 After the speeches the party gets into full swing. Everybody’s dancing except me. I’m standing by the food table, stuffing my face, watching Lilly. I’m starting to look like a stalker, so I decide to go to the bathroom.

When I come back Dave is dancing with Lilly. My heart sinks. I know I’ve lost. No woman can resist Dave’s moves. I walk over to the bar and get myself a whiskey. I don’t usually drink heavy drinks, but I’m trying to gain some backbone so I can dance with Lilly before the night is over.

The whiskey loosens my tongue and I have the courage to talk to some other people at the party.

“You’re so funny. And cute,” one of the girls says. “You know, if you weren’t gay I would make love to you right now.”

I think I’m too drunk to have heard her properly.

“Gay? Me? What the hell gave you that idea?”

“Everybody knows you’re gay,” another girl says. “What a waste.”

“That’s not what Dave says. He’s your cousin, right? So he knows.”

I can’t believe my ears. How could Dave say something like that?

I look around and see Lilly and Dave standing together, talking and laughing. I feel sick.

The girl pulls me towards her and I don’t resist.

I wake up on the couch with all my clothes on. My head is pounding. I go to my room to take a shower and there’s a girl asleep in my bed. Shit.

I walk to the kitchen and make myself a greasy breakfast. The girl comes out of the bedroom.

“Ooh, bacon. Just what the doctor ordered,” she says, laughing and taking a piece of bacon from my plate. “You were so wasted last night I thought you were a goner.”

My throat is dry. I take a sip of juice.

She tells me her name is Thato and fills me in on what happened last night. She says I wanted to dance with Thato, to prove that I was just as good a dancer as Dave. Then I spent the rest of the night talking to her about Lilly.

“You’re quite fun! We could’ve had a good time, you and me.” She stuffs another piece of bacon in her mouth.

She’s such an easy going lady that we end up talking all morning. When Lilly calls, I don’t answer. But I don’t feel bad. I love talking to Thato. Maybe I can get over Lilly and be with Thato. Maybe she could be the one.

“Bullshit. Dave and Lilly aren’t together. If they were, the whole office would know.”

Thato has a point. Dave has a big mouth and he would brag about scoring with Lilly.

“If it was one of my girls who did that to me, I would destroy them.”

“What should I do then?”

“Get even,” she says, pulling my juice glass to her lips and winking at me.

Question: What do you think Tumie will do to get even?

< previousintronext >
Login to Comment
24 Responses
This story is 🤤🤯👌😱🎬 Gripping... And has that Thaing.... Man Fucken good.... Shit
Davonte · 6 months ago
I think he is really a gay
Boss BOY · 10 months ago
I dnt think so Tumi his such a chicken lol
Themba.mashobane@gmail.com · 11 months ago
Make his own black book #Savage
La_P Bae · 11 months ago
he will find means to get to her again
mayor · a year ago
Load More
Go to Library