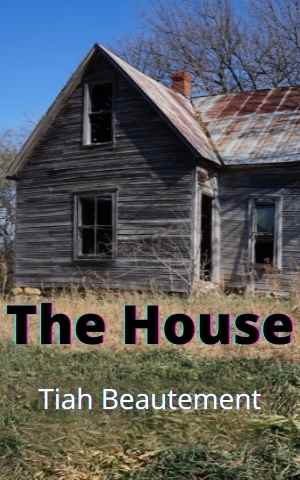 “Nothing really to tell,” Jordan said, strumming the strings. “It will only sound like a bad country music song.”

The House changed its hum, sounding softer. Pleased. Like it wanted a story, too.

“Well, it’s like this. I liked a girl from Switzerland, studying abroad, and she liked me, and so we did what people do, and I guess the condom was old. It’d been in my wallet for over a month, which I know they say isn’t good and it looks like they were right.”

“So yeah, she got pregnant, decided to keep it, but didn’t want to stay here and raise it, so she went back to the land of chocolate and skiing and didn’t need some American banjo no more.”

“Anyway,” he shrugged. “I guess I have a son somewhere by now. Not like I could follow. She was one of those hippy hipster types, and I guess I was her chance to try out a black guy in the sack. Nothing really clear, and I guess I spent time hanging out having the good times when I should’ve been asking questions.”

“And you kept the banjo?” Ximena said. She blinked, turning that thought over. “I think I’d want to smash it to bits.”

He shifted, uncomfortably. “Yeah, I kind of felt like that too. I mean, I wasn’t ready to be a daddy. But the fact she just ran off to the Alps, knowing I couldn’t follow, cuts deep. Inscribed on the neck is her name. So I figure, someday, I might go to over there and look her up, meet my son. She did tell me, before she left, it was a boy.”

“So your parents sent you here?”

“Yeah, they thought I could use a fresh start and my sister’s boyfriend ran off, so she could use the help.”

He scowled. “Isn’t like that. I’m their uncle, nothing more. I’ve got to finish school, get a job. Help her out like she’s helping me.”

Ximena snorted. “Jobs around here are awful. You’ll never get out of the country working around here, let alone the state.”

“So,” she said. “You still keep in touch with that girl?”

“Nah, she’s got her own life back in Switzerland.”

He nodded. “Made that loud and clear, that it didn’t include me.”

“Some would say you were lucky,” Ximena said.

“I’ve heard that a lot,” he said. But from his face, it was clear he didn’t feel it.

The House hummed. This time it sounded soothing. Like it was trying to ease his pain.

Jordan tilted his head, as if he were listening to something, and his fingers began strumming the strings.

The House hummed along.

“Do you know what really burns?” Jordan asked, as he continued to play.

“How people keep telling me that we’re in charge of our lives. We make our own destiny. It wasn’t until I was handed this banjo and she told me she was leaving, that I realised that it was a bunch of crap.”

He shook his head, as if he were now disgusted with her, too. “Other people’s choices can shape our lives. That’s the problem. It isn’t all about what we do or don’t do, because life is also being done to us.”

The House seemed to hum in agreement, pressing into Ximena’s back.

Tell us: Do you think Jordan is right? Are we in charge of our lives or is life done to us? Or is it a bit of both?