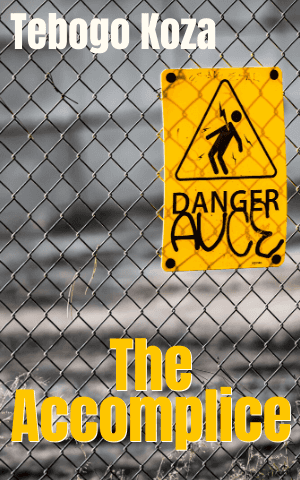 It was a cold, overcast, windy Friday morning. Leaves were scattered on the pavement outside the court house when Thato made his way from his expensive sports car inside. The press was in the gallery. The nation was glued to the open court judgement.

Silence fell across the room when the advocate for the residents of Alexandra stood up and made his case. The residents were angry, and after he spoke they made their fury known. There were many present whose health, or a family member’s health, had suffered as a result of the dangerous chemical waste on the dump.  Swartz Corp’s waste. They had suffered while the company got richer.

It was Thato’s turn to launch his defense. He started by pointing out that it was not Swartz Corp who were at fault in this matter, but their subcontractors – whose trucks had been used to transport the waste.

He would get Edward Luthuli off the hook. He could already feel it in his bones.

Then a frail, old woman from the audience got to her feet. He adjusted his glasses as she raised her hand to speak. His heart fell to his feet. It was his mother.

He had not seen her since being taken under Edward’s wing; ever since he started his studies at university, he had not set foot in Alexandra. But now, there stood his mother. When he looked at her, he remembered her warmth and love for him. She lived in the zone that was closest to the dump. It was the poorest zone, and she went to the dump to try and find anything she could sell.  She was too weak to speak for herself but a member of her community supported her and told her story.

Thato listened, speechless. The only thing he felt was shame. It overtook him. He could feel Edward’s Luthuli’s eyes on him but he refused to look at him. Instead he focused on his mother.

Was the money, power and status that he sought in place of his conscience really worth it? For now, before him, stood the people he grew up with, suffering because of a big company he had shares in.

The court room was silent. Everyone turned to see who he was staring at. He opened his mouth and his voice was hoarse. “Mama!” And then he walked down into the audience and took her hands. “I’m sorry,” he said, and kept repeating, as he took her in his arms. He led her out of the courtroom and it erupted with people shouting. The judge suspended the trial.

Thato took his mother to hospital and sat by her bed day and night. But it was too late. She had been poisoned from the chemical waste.  Her body was already weak from her history of drugs and drinking, and finally it had given out. She couldn’t be saved but he could be with her until the end.

He heard via a colleague that the case had been adjourned until he could return to court.

It was a cold Sunday morning when Thato buried his mother in Alexandra. There were murmurs at the funeral.

“How could a son forsake his mother and condemn her to death?”

“He’s a rotten human being.”

Thato felt deserving of their words. He was an accomplice in his mother’s murder – for that is what it was.

Tell us: Do you agree that he was an accomplice to his mother’s ‘murder’?

< previousintronext >
Login to Comment
5 Responses
To soMe extent, yeah. But to to soMe, no. We can't say he's am accoMplice because he didn't know that the contractors were duMping dangerous cheMicals near the township, if he had known and was fully aware then in that case he's an accoMplice
Mtibza eM · 7 months ago
Hummmm no, but he was contaminated by his caring master Luthuli
Elisconi · 7 months ago
Yes
Chichi83 · 7 months ago
Talk about a plot twist. T-dawg can't be blamed nor considered an accomplise here. All he did was buy shares. Same thing if you buy shares in Eskom as a shareholder you can't be blamed for loadshedding. Drugs are bad, addictive and his mother had been on them since Thato was a child, vele vele it was game over for her.
Lond4n · 8 months ago
Yes, he was an accomplice because he forgot what is significant in his life.turned his back to the community and wanted the good life.
The Gift · 8 months ago
Go to Library