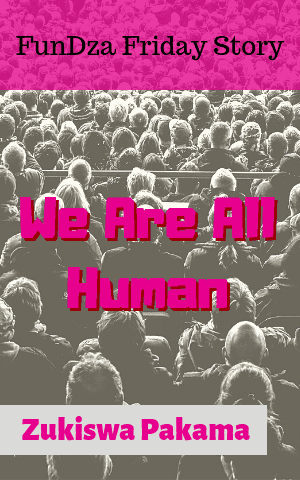 All of the unfair discrimination and prejudice around can drive a thinking, caring person crazy! Sexism, racism, ageism, ableism … Our Constitution says that no-one should be discriminated against on account of who they are, their religious beliefs, sexual orientation and so on. Slowly, through laws and education, and people standing up for their rights, old ideas about these things are changing. But for people with some types of disability, the struggle seems especially hard and slow.

For a start, disabled people not only have to deal with their disability, like being deaf or blind or being in a wheelchair. They also have to deal with the way that society in general treats them. For example, wheel-chair using people talk about how ‘normal’ people avoid them socially, talk ‘down’ to them and treat them as if they have something wrong with their brain too!

We are all Human shows us just how difficult it can be, as a person with a disability, to grow up to be happy and confident, to fulfil your potential as a human, in the face of relentless rejection and bullying. Mbali is isolated, with no friends: “Everyone seemed to be uneasy around him, as if he had some kind of sickness, like the dreaded leprosy of old. They just looked at him in pity, … No-one thought Mbali was good at anything. No-one ever wanted to be close to him and get to know the person beneath the skin.”

We can imagine that every mother of a disabled child says positive, comforting, encouraging things like Mbali’s lovely mother: “You are a special child. Do not ever doubt yourself my boy …You know that your family loves you and one day you will meet a woman who will love you for who you are. You are very smart, my boy,”

Certainly, it must help, but a person like Mbali must have to have a strong character and nurture powerful inner resources to succeed despite all he faces daily.

This seems like a good time to remind ourselves and be clear on what prejudice and discrimination is. If you are prejudiced you strongly believe something about a person or group of people that is irrational, and not based on fact. You were probably just brought up to think like this in your community and society, and have never questioned it. This can lead you to discriminate against them: to act in an unfair way. Never mind the pupils, Mbali’s teachers discriminate against him by not acting on his complaints of bullying:

“Telling the teachers at school made no difference because even they seemed very reluctant to help, or even listen to Mbali.”

Next, some people don’t just avoid people with disabilities, they actively hurt them! Why do bullies get away with behaviour like this? Are the rest of us guilty of the, ‘When the good do nothing, evil flourishes,’ problem? This is how author Zukiswa Pakama presents it:

“Those who thought the boys who mocked Mbali were cruel were too frightened to stand up for him, and remained silent. Looking cool and belonging to a gang in the township was the ‘in’ thing.”

But, in the story we soon learn that Mbali is not just ‘disabled’. In fact, his disability is quite mild: he needs to protect his extra-sensitive skin and eyes from the sun, and wear spectacles for his poor eyesight. No, he has a disability that, in some parts of Africa, comes with a chilling set of ‘supernatural’, superstitious beliefs attached to it. Albinism.

And: “People who didn’t even know Mbali avoided him, believing that if they came near him they would become infected by him. Cruel superstitions are still rife, not only in villages, but in the townships too.”

But the most horrifying thing is this evil belief: “When Mbali heard stories on the news of albino children being abducted and brutally killed or mutilated for muti, because some people believed the killing would bring them luck or a long life, it made him angry, and fearful, and very, very sad.” Read more here.

If ordinary people – you and I – do not stand up to every single instance of hearing such opinions about albinism, we are helping this murderous belief to carry on. We need to support role models like gorgeous Thando Hopa, lawyer and internationally celebrated fashion model, who are being the public face of albino activism and speaking out against these dangerous, wrong ideas. Find out more here.

Our government has declared September Albinism Awareness month. During this time it shares factual information about albinism: that it’s just an inherited condition, rather than a ‘curse’. (By the way, albinism occurs worldwide, and International Albinism Awareness Day is on June 13th.) However, although albinism is classified as a disability, at present our Government gives no disability grant for it. Imagine how Mbali’s poor single mother would have been helped with some grant money to buy expensive sunscreen and decent eye-care for him? Click here for more.

In the face of all this, we cannot blame Mbali for keeping to himself and believing he does not ‘deserve’ romantic love: “Buyiswa was so beautiful and so kind and caring. He was still not sure that he even deserved a girl like her.” In self protection he has shut himself off: “It was safer this way, he told himself.  …He believed that no woman in her right mind would ever fall in love with him and sometimes the thought made him cry.”

Isn’t it wonderful when a smart, emotionally intelligent and open-hearted woman like Buyiswa falls in love with him? She knows the truth about love and relationships. A lasting love is not based on the outer you:

“You have a good heart. You have a pure heart. You are a good person Mbali, and I think with you I will be happy.” On top of this, the drowning incident reveals how great Mbali truly is: when the need arose he did the right thing, saving even his tormentor. He proved his honour and bravery.

To end, let’s turn briefly to an interesting use of language in the story, one that causes much anger and outrage in our country: ‘simianisation’. A ‘simian’ is an ape (e.g. gorilla, chimpanzee, baboon) or a monkey. Usually, we hear about black people being enraged by being compared to these animals, by whites, as in the famous Penny Sparrow* case that made the news. Most people say it is never okay to do this, even as a ‘joke’, due to its long history of racist use. So somehow, it seems especially cruel of Senzo and the boys to constantly refer to Mbali as a ‘monkey’:

“Do you see what you have just done? You stupid monkey!” roared Sizwe…”

“I am not a monkey! Stop calling me that. I am a human being just like you all.”

(White people, though, often call e.g. their own kids, ‘a naughty little monkey’, or mock each other as a ‘big baboon’ etc.) What do you think: Is Senzo being especially cruel to Mbali by calling him a ‘monkey’ all the time? Find out more here and here. 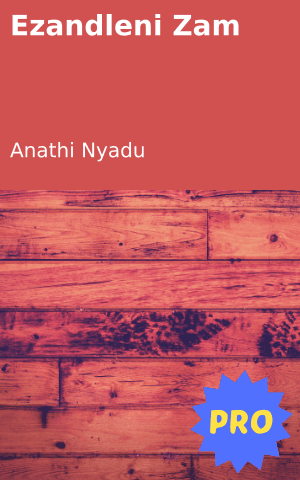 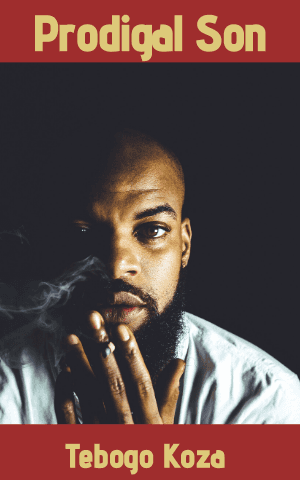 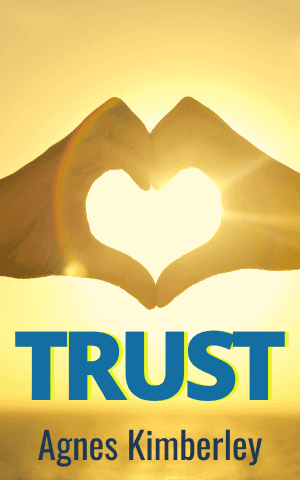 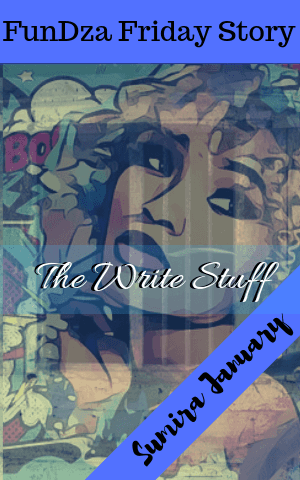 The Write Stuff
Login to Comment
6 Responses
A good story that teach us a lot.WE ARE ALL HUMAN
Chichi83 · 10 months ago
Enough security and tough punishment to everyone getting evolved doing that malpractices.
Whymeant · 10 months ago
I also think the government should at least provide social grant to people who have albinism because the facial creams that are required to protect their skin cells can be very much expensive. We see this from the story- Mbali's mother couldn't afford the sunscreens , facial creams and a like, to protect Mbali from the sun's rays.. because they are poor. Hence I say I also think people with albinism should at least receive social grants because at the end of the day if they don't get the right facial creams they may fall victims of cancer. But the story has taught me a lot.🙂
Mihle202 · 10 months ago
Wow All This Are Awesome
Lagacy · 10 months ago
Such a touching story
Moghel · 10 months ago
Load More
Go to Library