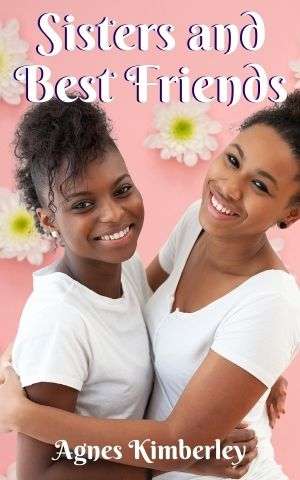 Lesego and Zanele were best friends. They were very close, like sisters and best friends put together, only better. It so happened that the two girls also looked very similar. They had long, slim bodies and wore the same size clothes – which meant that they could share each other’s clothes. They were both born in July, only days apart, so they shared the same star sign, Leo.

The two girls had turned fifteen years old in July. They were in Grade 10 now and knew how important it was to study hard and do the best they could at school. More often than not they did their homework together. They were both good readers. However, they enjoyed different books; Zanele for example loved romantic stories but Lesego did not.

Zanele lived with her parents and she had two younger brothers. They were named Lwazi and Benjamin. Zanele’s father had his own electrical business. He was a hard-working man and wanted only the best for his family. Zanele’s mother had stopped working when their twin sons were born five years ago. Now she was able to stay at home and care for her family.

Lesego lived with her mother and she had an older sister. Her name was Nomsa. Not long after Lesego was born her father had just upped and left his family one day. Nobody had any idea of where he had gone. As she had been so little at the time, Lesego had never yearned for her father.

But one day Lesego had found an old picture of her father in a book. She didn’t want to show the picture to her mom in case it upset her. Instead she had talked to her sister.

“Do you want the romantic version, or the plain truth?”

“He was handsome for sure. But he was also a crook and a liar.”

“Really?” Lesego was intrigued. “Why do you think he abandoned us?”

“Maybe he found himself a rich woman. Our father wanted only the best things in life but he never intended working for them.”

Lesego looked down at the picture she held in her hand.

Nomsa glanced at it too, then said, “Well at least we both inherited his dark, beguiling looks. You, more than me, sister. You’re growing into a beautiful woman.”

Lesego pulled a face. “I’m not sure I want to be anything like him.”

“In every other way we’re like Mom,” Nomsa said seriously. She took the picture from her sister’s hand. She looked at it for a moment.

“Do you want to keep his picture?”

“I don’t think any of us really knew him. Even though you were only tiny,” Nomsa made a fist with her hand to show Lesego how small she was, “Mom and I were glad he left. He was like an evil presence in the house. I’m glad Mom had you before he went though, little sister.” She wrapped her arms around Lesego. “You brought life into the house, though you sure cried a lot your first year. What was all that about?” Nomsa teased.

Nomsa was now twenty-two years old and lived in Cape Town. Lesego and Zanele hero-worshipped her. The two friends could talk to her about anything. If something bad happened at school, they would phone Nomsa and she would tell them what to do.

But, best of all, she had all the latest fashions in clothes and make-up. When she came for a visit she allowed the two friends to dress up in her clothes and experiment with her make-up. Nomsa was a designer for a major fashion store, based at the Waterfront branch, so she was often given samples of clothes and make-up.

“I don’t want you going outside the house wearing the make-up,” Nomsa told them. “Have as much fun as you like here in the bedroom. But I’ve brought some clothes for you both as well. They’re outdoor wear.”

The two friends were thrilled and threw their arms about Nomsa. When they got together like this, Nomsa would turn up the music on her iPad and the three of them would dance around the room. The dance they liked most was the monkey jive. Nomsa patiently taught them every step. They loved it best when the music was on full blast. They could dance and jive to the music for hours. Afterwards all three would collapse on the bed, giggling like little girls.

More than anything, the two girls wanted to be like Nomsa when they grew up. They knew they had to work hard at school and get good results for their Matric before they could go to Cape Town.

They were both planning on getting bursaries to study at the University of Cape Town.

Nomsa often sent them pictures of events she attended in the big city. She looked very glamorous dressed up in all the fine clothes she helped design. Nomsa certainly had a great talent for design. Mom always used to say, “Nomsa can turn a potato sack into a ball gown.”

Nomsa also had a very handsome boyfriend. He was a modelling scout and even had his own studio. The two friends begged her to send more and more pictures of him.

“It’s not fair we have to wait so long to grow up,” Zanele moaned. “It looks like Nomsa has everything planned just perfectly in her life. She has it all, Lesego.”

“Well you have to admit she worked hard to get where she is today. At one time she was working three jobs and studying hard into the night and every weekend to get her degree.”

“Oh do you always have to be so diplomatic?” Zanele threw the cushion from the chair she was sitting on at her friend.

Later that night Lesego yawned loudly as she sat in bed. She wanted to stay awake long enough to finish the last chapter in her book.

She could hear her Mom talking quietly on her cellphone in the bedroom next to her.

She was just about to nod off to sleep when she heard her Mom begin to cry softly. Mom never cried.

Lesego jumped from her bed and ran next door.

“What’s wrong, Mom?” Lesego sat down next to her.

“It’s Nomsa…” Her mother stopped, and seemed unable to say another word.

“Has something bad happened to her?” Lesego asked, with dread in her stomach.

The mother put her arms around her youngest daughter. “I’m sorry, darling. It’s just that Nomsa has not been feeling well. She thinks she’s got this super bug – it’s a terrible virus that makes you really sick. I’ve told her to come back to George for a rest. Then she’ll be well in no time. No time at all.”

Tell us: Have you heard of new ‘super bugs’ that are difficult to cure, or that have become resistant to antibiotics?