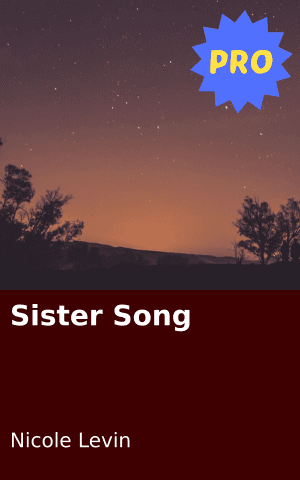 By the time Babalo got home, Lerato had already seen the picture on Facebook. One of the girls in their class had seen the picture and messaged her to log on. As Babalo swaggered drunkenly into their bedroom, Lerato held up her phone, with the Facebook picture, to show Babalo.

“Babalo, what is this? What were you doing kissing my boyfriend tonight?”

“Lee, you take this whole boyfriend thing too seriously,” said Babalo, pulling off the spandex dress and flopping onto her bed.

“Babalo, you no longer have a sister. You no longer have a twin. I want nothing to do with you. We are over – over! Don’t talk to me. Don’t come near me. As for Andile, he’s a spineless punk. You can have him. Take him, have my left-overs since you don’t seem to be able to get your own boyfriend these days.”

“Clearly, you do. So take him. And leave me alone.”

“Games? Games? Babalo, how can you say playing with people’s feelings are just games?”

“He’s just a boy Lerato. Just like any other.”

“Guess you just weren’t his girl.”

Lerato shook her head. “You really don’t understand do you?”

“I guess not,” shrugged Babalo, reaching under her pillow for her nightie.

Lerato couldn’t hold back her tears anymore. She ran out of the room, into the bathroom, locked the door and sobbed.

The next week Babalo sent a text message to Andile:

Then he dialled Lerato’s number. “Hi Lee, it’s me, Andile. Do you want go out Saturday night?”

Lerato took a deep breath and thought for a moment. “No. I don’t…not after what’s happened with my sister.”

“Ah, Lee, I was set up to it by Ben and the guys. Really it was a joke. I’m not interested in her. Lee, she really isn’t my type. Can’t we just put this whole thing behind us and go back to being you and me?”

“Why? You’re embarrassed that your picture of you two kissing is all over Facebook?”

“Come on Lee, stop it. We’re good together.”

“We were good together. Past tense, Andile, not the present. But you ruined that.”

“We all make mistakes Lee. I’m apologising. We were being silly, and I was drunk.”

“Please, let’s give it another try.”

“No Andile, the damage has been done. Goodbye.”

And before he could say anything else, Lerato hung up the phone. But part of her wished she hadn’t.

Saturday night came around, knocking like it always does.

“Who’re you going out with?” asked Lerato as she watched Babalo apply her lipstick.

“Don’t talk crap Babalo. He told me that you’re not his type.”

“He clearly changed his mind. Enjoy your night with your books,” said Babalo, picking up her evening bag.

But Lerato wasn’t sure what she believed. Maybe it was true. She felt her heart was broken as she watched her sister walk out the front door, and the loneliness of the evening stretched in front of her.

Babalo continued to lie, and built up stories about dating Andile, which she told with pride to Lerato.

Lerato in consequence retreated more and more into a world of seething silence. She would have nothing to do with her twin, refusing to speak to her, even though Babalo continued to chat in her usual bubbly babbly way, and pretend nothing was wrong. The atmosphere in the house became thick like a heavy winter stew.

Then one day, while Lerato was lying on her bed reading a novel, Babalo bounded into their room, and sat on the end of Lerato’s bed.

“Guess what?” she announced. “I’ve got a new boyfriend – Sipho – the guy who took the photo of Andile and me that night.”

Lerato ignored her and continued reading.

“So, Andile’s all yours again. He’s really not my type. He’s too bookish and sporty for me, more your type. Anyway, I think he misses you.”

Babalo started to play with the end of the duvet.

“Look, I’m sorry Lee. I didn’t think about what I was doing. I was just being spiteful. Can we be friends again?”

Lerato continued to read and ignored her. Then Babalo jumped up and turned on the radio next to her bed. The old song I Will Always Love You by Whitney Houston was playing. “Oh, come on Lee! This is one of our golden oldies. Sing with me. ‘Cause I will always love youuuuuu’,” crooned Babalo.

Lerato peered over the top of the book. “You think you can sing a song and it makes it all better?” said Lerato.

“I think that we’re sisters and ‘I will always love youuuuuuu’,” sang Babalo again.

“I think it’s going to take more than some old song to make things better with us,” replied Lerato.

But Lerato wasn’t interested. She just stared into her book and continued to read.

Tell us what you think: Should Lerato forgive Andile and Babalo? Should she take Andile back?