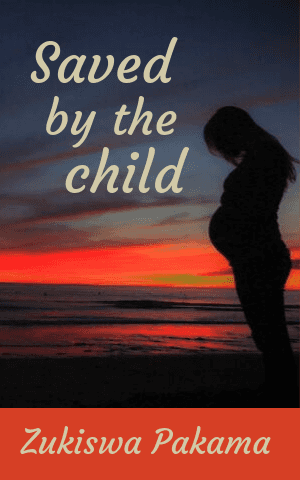 A year went by.

The children were growing up fast and Aunt Rosy struggled to make ends meet with her small salary.

“I wish I could just go to sleep one day and not wake up,” she would often lament.

Even the government grant she got for her children was not enough for all of their needs. During the cold, rainy season in Cape Town the shack would leak and the carpet and bedding and clothes would get soaked. The kids would get sick one after the other.

By now Sipho’s occasional gifts and money had warmed Linda’s heart. It felt good to be able to help her aunt a little during these difficult times, especially over Christmas. She was starting Grade 12 this year. She would soon be able to leave school and find a job. If she was lucky, she could find a way to study part-time.

Linda was at home, sorting out the washing into neat piles. When she had finished she would make supper and then work out what stationery she and her cousins needed for school. Aunt Rosy and her cousins expected her to do all the chores in the house.

She heard Aunt Rosy coming in from another long, hot day at the train station trying to sell her vetkoek. Business must have been bad; she had brought back the bucket still full of the oily fried bread.

“It’s fine, children, we will eat them for the whole week. If people don’t buy them, we eat them. I just need to put my feet up, then I’ll warm some for supper.”

“Don’t worry, Aunty,” Linda said. “I’ve got something for supper.” She showed her the plump pieces of chicken and the pork sausages Sipho had given her that afternoon.

“Where did you get such nice meat, Linda?”

“I used my pocket money, Aunty,” Linda answered, feeling awkward to be telling a lie.

Aunt Rosy did not bother asking for more details. She disappeared to her room to drink her home brew, and stayed there until Linda called her for supper.

The younger children’s eyes lit up at the sight of the good food.

Then they all tucked into the meal. Linda savoured every delicious mouthful.

Tell us: What do you think of Sipho giving Linda all these gifts?

< previousintronext >
Login to Comment
52 Responses
He's gonna ask for a reward for all the things he has been doing for Linda, watch out
Dephney25 · 5 months ago
Nothing for mahhala
Leighrato · a year ago
Maybe Sipho will want Linda to pay back with something else
Luloest · a year ago
He might be in love with Linda so he is buying gifts to win her heart..
KAYLO_(LELO) · a year ago
Nothing for Mahala in South Africa. one day Linda has to pay back every thing that he has spent on her.
Nolusapho · a year ago
Load More
Go to Library