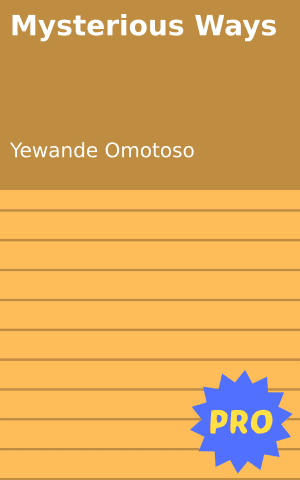 Tambo Malawi looked at himself in the full-length mirror. His stomach had filled out over the years since retirement. His job as a nurse at the Wembley Oncology Unit had kept him moving all day, no chance for anything but optimal fitness. He played with the striped blue tie although it was straight and looked good. He sat on the edge of his bed and burnished the sides of his shoes although they were already bright. Tambo stood again in front of the mirror. He would rather not go to church. He would rather watch the game, but this had been his idea, and a good one too, so he was going.

The singing reached Tambo even before he stepped into the church hall. And the sound, though beautiful, brought only sadness to him and bad memories.

“Welcome to All Souls,” ushers in the car park and at the entrance to the hall greeted, their eyes glistening. Tambo Malawi grunted in response. It was a church not unlike the one Esther had been a member of. This was no surprise since it was Esther’s sister who had, in the end, given him the best referral. The woman had always been shrewd and seemed to appreciate Tambo’s hands-on approach to marrying off Thandi.

“I’m looking for good men,” Tambo had told her plainly and she’d responded without missing a second – All Souls was where he needed to go, nowhere else compared. Well, Tambo was curious to see what Esther’s sister would regard as top-of-the-range men. He intended to scrutinise whatever was on offer very, very carefully. Thandi had been through enough riffraff.

“This way, Brother,” the young man put a light hand on Tambo’s elbow and guided him down the aisle towards an open seat.

Nearer my Lord to Thee. Nearer to Thee …

The woman standing next to Tambo wore her nails painted in green, and her hair ran in cornrows that bunched on the top like a small orange. Tambo observed her apply a layer of lipstick before joining the cacophony of singing coming from the congregation. He shouldn’t be so cruel, the music wasn’t bad. What did he know? Well, he knew not to sing, that’s what he knew. Instead he paid his attention to the small choir on the main stage, trying to redeem the sound in the hall.

The singing went on for another 10 minutes as the hall filled with worshippers. Tambo used the opportunity to look for options. To the left of him, one row up, there was a tall man. Tambo had requested a brief interview with Thandi to get a few general specifications from her. She’d asked for a man with nice hands. And when Tambo had asked what nice hands looked like, pushing his forward as potential specimens, his daughter had sniggered and shook her head. Height? No, she had no preference for height. Big man, small man? No, no preference. But the hands were important and he mustn’t have long hair or wear any earrings. Also, if possible, she would prefer someone with dimples. Tambo declared the interview complete.

How can height not be important? Tambo was disturbed. He, at a respectable six foot, had been the talk of his town and it was definitely his height that had first attracted Esther to him – she’d even told him so. How can height not matter? No, it was dimples and nice hands. Tambo would need a magnifying glass to prospect nice-handed dimpled men in church. Height was easy to spot and so was heft. Thandi would have to make do. Besides he certainly won’t be bringing her any thieves or philanderers.

The day’s message was barely noticed by Tambo as he craned his neck as surreptitiously as possible, to see the potential men. By the end of the service Tambo had spotted his guy. But he had to first gather in the front row with all the other new people. This tiresome charade churches insisted on performing, he was familiar with it all. Keeping an eye on his prey, Tambo sat down with the rest of the group and waited.

Tambo shrugged, it was an open seat, surely that was sign enough of availability.

Tambo nodded. She was blocking his view of Exhibit A.

“Tambo,” he mumbled, trying to look past her rather large hat.

One of the church members accountable for newcomers addressed them, running down a list of possible cell groups and committees they could join. Tambo Malawi wished he’d hurry up. Eventually they were released.

“I’ll walk out with you. In fact I think we parked next to each other. You didn’t notice me earlier.”

“Oh. I just have something I need to do first, though.”

Thambo huffed but was out of excuses. With Dolores standing at some distance he approached the young man whom, he would learn within seconds, was called Jacob. He was an accountant working at a firm Tambo had never heard of. He was single and had no children. He had not dated in a while, his last girlfriend had died in a car crash two years back. He was originally from Kimberley and had moved to Cape Town to study at UCT. He didn’t have dimples but, yes, he was free next Friday.

On their way to their cars, indeed parked side by side, Tambo relaxed a bit, feeling some remorse about how cold he’d been towards Dolores and he became more interested.
“Magnus, hey?”

“What kind of name is that?”

“You’re not exactly what I’d expect a Magnus to look like. For one thing, you’re black.”

They laughed. Dolores got into her car, shouting through the window at a waiting Tambo that she would tell him next week.

“Next week where?’ he asked.

“Next week here. At church,” she replied.

Tell us what you think: Do you think Tambo has chosen well by choosing Jacob for Thandi? Why?

< previousintronext >
Login to Comment
21 Responses
Magnus has already chosen Tambo and the plan will backfire
Kunkunase · a year ago
Not necessarily a good choice because he does not have all the specified qualities
Daddy A Divine · 4 years ago
St0wie puuh leez
9900ff-x-P8..GeEkY+bIaTcH..8-P-x · 7 years ago
Nice story yoh
Poshy+gul+poshki+EDZ+RAMBAU+LOVES+YOU · 7 years ago
Yes, greeeaat choice. Great dad
(F)+lady+lily+(F) · 7 years ago
Load More
Go to Library