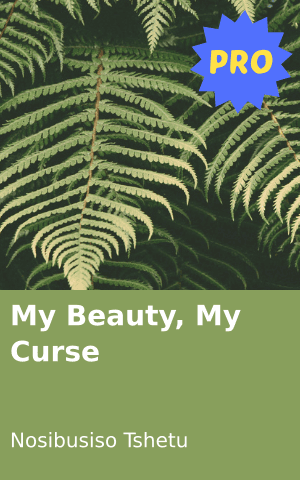 I’m thinking over my relationship with Bantu. He is only twenty-three years old. He has worked for the king ever since he was young. He fears the king and we have always made fun of him because of that. We grew up together; we played together. He was Lizo’s best friend and mine too. But all those bonds weakened when his master came to inform my family of his interest in making me his second wife, a year ago. Bantu is loyal to his master. We lost trust in him. We can’t trust anyone as close to the king as he was, still is.

The king interrupts my thoughts: “I could have arranged a plane to take you to the city, but I figured a drive would give us time to bond and to learn to understand each other.”

“It will take more than this for you to understand me,” I say, only half under my breath.

“Sir, do you know what she’s going to study?” Bantu asks, as if I’m not even in the car.

“Oh, Bantu my boy, you sure come in handy at times. What are you planning to study, Sizzly?”

I glare at the back of Bantu’s head.

“So, Sizzly,” the king says again, brushing off Bantu’s outburst, “what are you going to study?”

“BCom Accounting,” I answer quickly. “And it’ll be longer than three years,” I say, waiting for his response.

“How many years then?” he says gruffly.

“Probably five or six,” I say, content that he didn’t dismiss the idea instantly. But then he unexpectedly starts to choke. I quickly stop myself from smiling.

“Get water from in the bag, Siziwe!” Bantu shouts. His voice is serious.

I don’t move. I sit and watch him cough and choke for a few seconds, debating if I can honestly just sit there and watch him die. Then, knowing I would be blamed for his death, I grab the water out of the bag and help him drink.

“Thank you, Sizzly. You may have saved my life,” he says, between deep breaths.

“Don’t thank me. Bantu saved your life,” I say pointing towards Bantu. “I didn’t even notice you were choking,” I say coldly, ignoring Bantu’s death stare coming at me via the rear-view mirror.

Silence fills the car. The king tries to discreetly look over at me, but he doesn’t do it well. He smiles, exposing the huge gap between his front teeth. It’s big enough to fit a fly. I think about how I am going to have to endure this old man for the rest of my life, or more likely his. I already know I am going to hate everything about him – from the way he eats steak and kidney pie to how he wears his suits just a little too big.

“Sizzly, tell me about yourself. What do you like and dislike?” he asks, showing off the gap between his teeth again, as he takes my small hand in his big, ugly hands.

“I am Siziwe. Nothing special about me,” I answer, snatching my hand out of his grip.

“Oh, come on, Sizzly. You are a beautiful young woman.” I look up at him. I had always suspected this was the only reason he chose me to be his wife and now I have had it confirmed. I clear my throat. Hearing this old man talk about me like this makes my skin crawl.

“You don’t have to be shy. I am going to make sure that you are taken good care of,” he says with a smirk.

“That’s good to know. King, please, let’s not fool each other here. I only agreed to marry you because my parents wanted me to. I don’t want to give you the idea that I’m interested in you for anything other than that,” I say, trying to exude as much strength as I could. But I burst into tears.

“Don’t worry, son. Siziwe still has to get used to the idea, but this is how it is done in our culture,” the king warns.