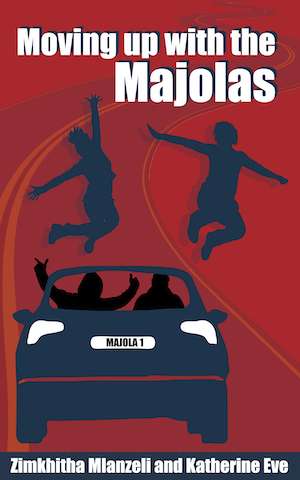 “Sanibonani,” greeted Lerato, as she walked in while the Majolas were watching TV.

“Things will be better when you have the car,” Samke said.

“I’m okay, ntombi. My arm is healing fast. When this cast comes off I can get back to work.”

“That’s great, Baba. I have some good news for you. I arranged for an interview at the mall where I work.”

Baba didn’t realise Lerato was talking to him, so he didn’t say anything.

“That’s wonderful, Lerato. What kind of job is it?” Busi chipped in.

“Operations manager for the mall. We’ve been having some issues with maintenance in the whole building. The centre manager agrees that we need someone reliable, fast. So I recommended you Baba.”

“Haibo! I already have a job,” Baba said, when he realised that Lerato was talking about him.

“I know Baba. But you can’t work because of your arm. This job is a managerial position. You won’t have to do any hard labour anymore.”

“But Baba, think of the security it will bring – and the benefits.”

“Why are they not giving it to someone with more experience, someone young?” Baba said.

“Who has better experience than you, Baba? You’ve worked with your hands all your life. You know everything about different maintenance things: plumbing, electrical, construction. Who is more qualified than you?” Busi said.

“Cha, my arm will heal and I’ll return to my old job,” Baba said.

Lerato got up and went to make coffee in the kitchen, leaving Baba to think about the offer. She couldn’t understand why he wouldn’t accept this opportunity that would be good for all of them. She had already spoken for him to the shopping centre manager. She had told him about how reliable and good Baba was at all things to do with maintenance; how kind and gentle he was with people. His age meant he would come with great experience. The operations manager position was practically his. All he had to do was go for the interview and make it official.

“I’ll talk to him,” Busi told Lerato when she joined her in the kitchen.

“I don’t understand why he said no.”

“He’s just … change is frightening … and he is older, and set in his ways.”

“But this could be great for him – for all of us. The job is safe and comes with financial security.”

Themba came home as the girls were getting supper ready. He greeted and went to his back room to change. Lerato went to join him.

“Hi Baby. How was work now you are a permanent staff member?” she asked, picking up Themba’s work shirt and folding it.

“It was fine. It’s the same things I was doing during my probation time.”

“At least now you don’t have to stress so much about money.”

“Yeah, and you? How is my investment banker?”

“I wish! When I finish my BCom through Unisa then you can call me that. Right now, I’m still a customer service agent – who couldn’t do her job because our systems were down again, and the back-up generator in the centre isn’t working. I hate disappointing customers.”

“Don’t get worked up; these things happen.”

“They don’t have to. By the way, I recommended Baba Majola for the operations manager position for the centre. He can help fix all these problems.”

“He must be excited.”

Themba opened his bag to get out his lunchbox from work. Some glossy magazines spilled out onto the bed. Lerato picked one up and paged through it. It was a car magazine and Lerato noticed that Themba had circled some very pricey cars.

“I see you’ve been looking at some cars, babe. That’s great, but …” Lerato wanted to be gentle. She knew Themba had been really trying to be responsible with his money. But he clearly had high expectations about what kind of car they were getting.

“Yeah, did you see the Mercedes – the blue one? A beast!” Themba was excited.

“But baby, it’s got very high mileage. It will cost so much to maintain it. We need something small and practical, low mileage and economical.”

“So, no Mercedes then?” Themba sounded disappointed.

Lerato shook her head. Themba was going to have to deal with it. It made no sense to buy a car they couldn’t afford to keep.

“And we must look at car insurance and compare packages and coverage,” Lerato told him.

“But doesn’t that come with the car? Kanti, what’s the point of buying it through the dealership if it has no insurance?” Themba was frustrated.

“No baby, we’ll have to get insurance ourselves. We’ll compare different covers until we find the best comprehensive cover that we can afford.”

“Why do we need insurance? I’m a great driver. I never once got into an accident at my last job.”

“Comprehensive insurance will make sure we’re covered for damages caused by events that are out of our control – things like theft, vandalism, windshield damage …”

“It’s the responsible thing to do, Themba,” Lerato said, laying her head on his chest.

“Fine, I’ll keep looking,” he said, taking the magazine away from Lerato.

They found Busi in the lounge trying to convince Baba to go to the job interview.

“But Baba, your age is not a bad thing. It means you have a lot of experience,” Busi said. “We’ll help you with the interview. Right, Lerato?”

“Yes, of course Baba. We’ll practice the questions they will ask you.”

“It’s a great opportunity, Baba. We all support you,” Samke said, coming from the bedroom with baby Khwezi.

Finally, Baba agreed to do the practice interview with the girls after supper. Everyone was thrilled.

“I think you will make a good manager,” Themba said, sitting down with his plate of food.

“And in other news, I opened a bank account today,” Samke announced.

“Oh wow! That’s great! Is it for your savings, or what?” Lerato asked.

“It is. It was so easy to open. No paperwork. I just needed my ID.”

“Hawu. How do you open an account without paper work?” Themba asked.

“It’s a new virtual bank. There are no monthly fees and I get points when I use my card. It’s awesome!”

“Is this legit? Or one of those scams that people fall for?”

“I’ve heard about them. They have a machine inside the supermarkets. It’s legit,” Lerato said.

“Well then, good on you Samke.”

Samke smiled, but there was something she hadn’t told them. She had opened the account to save the money she needed to put a deposit down for a shop she wanted to rent. It was in a large container right next to the rank; a prime location for her hair business. She would tell them all in good time. But now, she was going to keep the news to herself.

Baba went to Ma Ruby’s stokvel the next day. He was still thinking about the interview and still unsure whether he should go.

“Buka, this will mean you get a better paying job. It’s safe, and you can start saving,” Ma Ruby said when Baba told her.

She was right. Baba needed to start paying Ma Ruby back for the tombstone money. She had done him a huge favour paying Bra Terror off and making that nightmare go away.

“This thing is going to cost me before I even have the job,” Baba complained.

“You haven’t bought a suit in a very long time I see,” Ma Ruby said, laughing. “Suits are expensive. Don’t you have one?”

Since Grace, he wanted to say, but he couldn’t finish the thought.

“Have a look at it. If it needs a bit of adjustment, I know someone,” Ma Ruby said and smiled at him warmly. She knew how painful Grace’s passing still was for him.

“I heard Bra Mike is also looking for a suit,” Baba said, raising his eyebrows.

“Oh really. Why? Is it for a funeral or what?” Ma Ruby asked.

“You haven’t heard?” Baba was laughing now and Ma Ruby started looking worried. “He’s going on a date – with his main squeeze.”

Ma Ruby laughed heartily. She had forgotten that she had said yes to a date with Mike. She only said it to get him to leave her alone. But now Bra Mike was telling everyone that he and Ma Ruby were dating. This was getting out of hand and she needed to put a stop to it. But what could one date hurt? She would keep her word and go with Bra Mike.

“But where did he get the money to get a suit from?” She was suspicious.

“He said he backed the right horse – for once,” Baba reported and they both laughed.

It was good to laugh. Things were looking up, finally. Baba and his family might get some peace.

< previousintronext >
Thank you to Momentum Metropolitan Foundation for their sponsorship of this story, info sections, course, and competition which ended on 22 November 2019.

Disclaimer: The calculations and case studies in this publication are produced for illustration, informational and educational purposes only. The calculation/s are not intended to be used as financial or legal advice. The FunDza Literacy Trust and Momentum Metropolitan Group Ltd do not guarantee the correctness thereof, nor will either party accept any responsibility for any losses or damages resulting from reliance thereon. It is recommended to always seek professional advice from a reputable financial advisor when dealing with financial and budget matters.
Login to Comment
35 Responses
Change is sometimes one of the hardest thing to do when you grow older, that the first lesson from the chapter. Secondly, it is important to buy a vehicle that you can afford, be able to maintain it and also to look for suitable comprehensive insurance to cover your vehicle for any uncontrollable events. Thirdly, investing in your business is very important in order for it to grow, as samke is doing by opening a savings account. Lastly, it is the importance of keeping your word to other people so that you avoid hurting their feelings.
Percy Dube · 3 months ago
Now that everything seems to go smooth for the Majolas and oppotunity starts opening for them. Even though things starts to go well, the family still needs to take things with caution and keep on the right lane. Themba has something big on his plate and Lerato is trying to reason with him to reconsider!
Abbey · 3 months ago
Lerato have good heart because she thought about baba Majola about a new job and it's good that Samke opened a new bank account so she could safe
Ketlogetswe · 3 months ago
Baba might get the job since he is mature and knows a lot about different kinds of jobs
malvindb · 3 months ago
It's good that Samke opened a bank account to start saving than borrowing money elsewhere. And as for baba he shouldn't worry about his age coz with age comes with wisdom.
L.tsekoa · 3 months ago
Load More
Go to Library