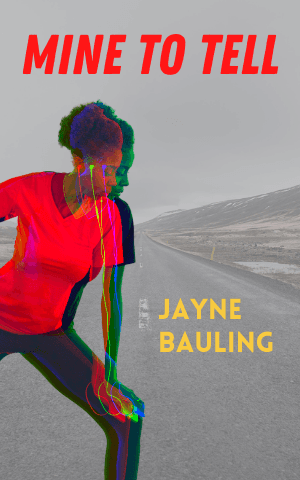 “Don’t get too confident about making the team for Polokwane, Ritlatla,” Dzanga says, and pauses where I’m doing stretching exercises. “I can stop you going, you know.”

“For sure, if you’re running better than me, and you’ve been really fast our last few training sessions.” Maybe if I’m friendly to her, she’ll stop picking on me. “But you know, Dzanga, I’ve got this feeling that Oom Leon means for us both to go. He wants to show off what Phalaborwa athletes can do, and our times are really competitive.”

“Don’t play stupid; you know what I mean.”

“I guess I do.” I give up on the friendliness; it’s never going to work on Dzanga. “Except that I think you’re the one who is being stupid. I don’t know exactly what Mahlatse told you about me, but I can promise you he’s got most of it wrong. I’m no threat to anyone.”

“Yes, Dzanga.” Xongisa has been hovering around listening. “I wouldn’t want to travel on the same bus with her. And sleeping in the same hostel dormitory, sharing the same bathroom and toilet? Gross.”

“Wow! You’re very brave when Dzanga is around, Xongisa.” I can’t hold the words back. “Not like when it’s just you, and I greet you. Can’t even open your mouth then, can you?”

“She might catch something if she did. Come Xongisa, better keep our distance. Oh, and Ritlatla?” Dzanga looks back at me. “Don’t think you’ll ever get Mahlatse back, so just stay away from him.”

I laugh, but it sounds strange in my ears, full of rage and sadness.

“I don’t need to. He’s too scared to come near me. An even bigger coward than Xongisa.”

Although, I sometimes wonder if it’s only because of fear of my HIV status that he’s avoiding me. It could be that he also feels guilty about telling Dzanga.

“Don’t let her get to you, Ritlatla.” Pahlazi and Judith have come up in time to hear Dzanga’s warning about Mahlatse, and my reply.

I sigh. “I’m never sure if it’s because of Mahlatse that she hates me, or because she sees me as her rival in the 800 metres. But Mahlatse is always with her these days, so she doesn’t need to feel insecure.”

“I’d say she’s welcome to him.” Pahlazi shoots me a mischievous look. “We’ve seen you with Fumani, Ritlatla. Big improvement. Mahlatse is so up his own ass.”

“And Fumani is hot.” Judith pretends her knees have gone weak, and we all laugh.

It gives me a boost, having them being so friendly and supportive.

But there’s this ripple of anxiety, spoiling the moment. Will they still be so friendly if Dzanga goes beyond dropping hints and comes out with the truth about me?

Because surely Mahlatse must have told her the details. So what is she waiting for? She’s not holding back out of consideration for me, that for sure.

Maybe I should call her bluff and announce my status publicly?

No, why should I? An undetectable viral load means my HIV is untransmissible. As long as I’m not a danger to anyone, my health is my business.

Tell us: Do you agree that a person’s health is a private matter, or are there exceptions?