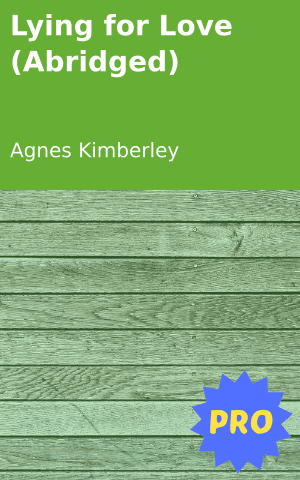 Patricia went into the mall toilets and changed out of her T-shirt and jeans. When she looked at herself in the mirror she hardly recognised herself. She applied some mascara and added bright red lipstick to her lips. She could have easily passed for a twenty-year-old.

As soon as Patricia entered the pub she noticed Tefo and his friends drinking at a corner table. As she walked across the bar a few guys wolf-whistled at her.

“What are you doing tonight, baby?” a tall, muscular man propping up the bar winked at her.

Patricia loved all the attention she was getting. When she neared Tefo’s table she noticed there was a young woman draped across his lap.

When Tefo looked up and saw Patricia he pushed the young woman off him and said, “Hey! There’s my girl.”

The young woman glared at Patricia. “If looks could kill I’d be dead right now,” Patricia thought, as she sat down next to Tefo.

Tefo kissed her on the lips in front of everybody. Then he said, “You look great. Where’d you get the gear?”

“I’m glad you like my clothes,” she said, “but who was that woman who was all over you?”

“Ag, she’s nobody,” he said, glaring at the young woman who had now moved to the end of the table. “Clear off,” he said loudly, and everybody laughed. The young woman stood up and walked out of the bar.

Patricia couldn’t help staring at Tefo he was so good looking. For a few moments she was totally overwhelmed that such a man should show an interest in her. He was letting all his friends know that she was his girlfriend now.

“What would you like to drink?” he whispered in her ear.

Patricia looked around and saw that everybody at the table was drinking alcohol.

“I’d like a cider.” There’s a first time for everything she thought.

She sipped her cider slowly. Tefo smiled and wrapped his arms about her.

“You make me happy, Patty. You don’t mind if I call you that?”

“No, of course not. I prefer Patty to Patricia. It’s more…” She was lost for a word.

“Sexy and exciting,” he said to her. “I’ve never known a young woman like you, Patty. You’re driving me wild in the gear you’re wearing. I didn’t know you had such good taste in clothes.”

“There’s lots you don’t know about me,” she replied, flirting openly with him.

Patricia’s heart jumped in her chest when Tefo told her that they were going to a party at his friend’s house. Patricia went to freshen up, and in the toilets her cellphone rang.

“Where are you?” her Mom said. “It’s nearly eleven and you’re not home yet.”

“What’s wrong?” Tefo asked her when she emerged from the bathroom.

“I’m sorry to hear that,” Tefo said. “I think I might skip the party too. I’m not going to have much fun without you there, Patty.”

“Leopards can change their spots,” she said softly to herself.

“I’ll drive you home,” Tefo said. “A friend of mine gave me the loan of his car.”

“Thank you,” Patricia said, reaching up and kissing him hard on the mouth.

As they approached her home Patricia told Tefo to stop the car a few houses down from hers. She didn’t want her mother to see them together.

“Mmm,” Tefo said, as he pulled her towards him. “I can’t wait to get to know you better, Patty. You’re my kind of woman. I think I’m beginning to fall hard for you.”

Patricia giggled and kissed him again.

“I better get home,” she whispered as he licked her ear.

“You’re driving me crazy!” His breath was warm against her skin.

He looked across the seat and smiled at her. Then he pulled her into his arms and began kissing her on the mouth. Patricia kissed him back.

He’s such a great kisser, she thought to herself. I’m falling desperately in love with him!

“See you at school on Monday,” Tefo said, giving her one final kiss. “I’ll count the moments until I see you again, Patty. You’re very special to me.”

“How romantic you are,” she said with a childish giggle.

A few minutes later when Patty had quickly changed at the side of the house and then let herself in the front door, she heard Thulani crying.

Does he do nothing else but cry? she thought angrily. She’d give anything to have quiet and calm restored in her home.

Her mother looked up from where she was feeding Thulani his bottle of milk.

“I don’t know what’s wrong with him.” Patty saw how tired her Mom looked. “Every time I try and feed him, he vomits it all up again.”

“Why don’t you take him to the hospital?” Patty said.

“I saw the doctor yesterday,” Mom said wearily. “He gave me medicine for his cough but it doesn’t seem to be working yet. He said there is nothing else he can do for Thulani right now.”