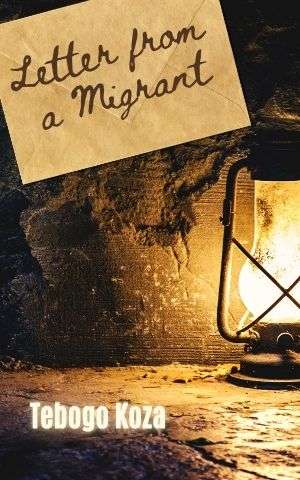 The days where one could easily look forward to life with zeal and a smile drew now to a dead-end. My beloved and I were now continually breathing down at each other’s necks. With little to no money coming in, and the savings drying up, things were working against us.

And my vegetative condition further worsened the situation. It mentally broke me to a state of helplessness, and I bickered, and lashed out at every aid Lesedi would propose.

Friday, the 16th of February 1978. After having been wheelchair-bound for the total recommended seven months, I still could barely walk, nor stand upright for long. The visits to the doctor were starting to weigh heavily on me.

I was in the bathroom, trying to take a piss in our four metres by four metres back room, when I suddenly heard a sharp thud on the other side. Taking my time to crawl back into the living space, I was taken aback. Lesedi’s waters had finally broken, and she lay on the floor. Her labour pains were agonising.

“Baby, are you okay? Can you breathe? Talk to me, sweetheart.” I kept firing the questions nervously, sweat dripping down my back, while she slipped in and out of reality, heating up excessively.

The old man appeared from watering plants in the front yard, creakily moving as if walking on egg shells.

“What is it, Kamogelo? Why are you not in your wheelchair? What is going on again with you two? Lover’s quarrel?” he said hoarsely, trying to summon all his remaining earthly energy, to help me get back into the room.

He rushed as fast as his old body could take him to the next-door neighbour, and after 10 minutes they appeared, the door flung wide-open. I squinted into the sunshine to see a gesture of angels descending to give aid.

We got Lesedi and myself into the neighbour’s Mazda and quickly rushed to Baragwanath hospital. After the entrance, we travelled the hospital’s dim-lit corridors to the labour ward.

But it was without a wait, as Bara was the mecca of medical care where every black person in Johannesburg raced. Their facilities were ahead of time for the apartheid era.

We sat outside the ward during delivery, worn out and in panic over the whole ordeal. We bit down our nails impatiently, clutching the loose straws of the truth of the time. Maternal deaths and infant mortalities were common. And it was only after five long hours that the scarce doctor showed up.

“Who here is the husband or close relative? We have good news. The baby is healthy, and the mother is going to be okay. We’ve merely tranquilized her,” the doctor said. He opened the door behind him, beckoning us into the room welcomingly.

I wheeled myself in, slowly followed by old man Khumo, while the neighbour stayed behind.

Gently the nurse handed the baby to me. Tears trickled down my cheeks as I sat beside Lesedi, who was resting. I brushed her hair carefully, and caressed it, while rocking the newborn to-and-fro.

Something about new life presupposes a beginning: that of the baby, and that of those in its life. And I named her Karabo, the answer from heaven, bearing us goodwill.

Tell us: Do you agree that a baby creates a new beginning for couples?

< previousintronext >
Login to Comment
38 Responses
Yes
Chizzy · 17 hours ago
Yes ofcourse
agathamologadi@gmail.com · 3 days ago
For many black couples it creates the end because as soon as a black man hears the word baby he runs to the opposite direction. Selfish cowards.
Redd88 · 5 months ago
Yes it's a new beginning of their life as there is an angel to their family.
busisiwe happiness · 7 months ago
Yes I agree
Resilience06 · 7 months ago
Load More
Go to Library