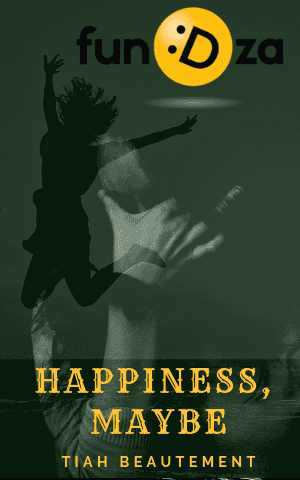 Ja, ja, ja, I already know what you’re gonna say, “Ayesha, when did you ever fly on a plane?”

And the answer is, of course, never. You know that, I know that, everybody who doesn’t have bricks for brains knows that. Who around here would have money to fly on a plane, hey?

Tjo, and even if we did have the money to fly, where would we go? Once you get there, you got to find a place to stay, buy food – money, money, money. I mean, even if you have jobs, like my parents, that’s still more money than they have.

I don’t think Lazola has flown either. Sure, her daddy has EPIC bikes, but he gets them through his work, knows how to find the deals, fixes them up. But they’re not rich. Nope.

Ag, but I promise you, that riding a motorcycling is like flying. You don’t even have to be a bird to know this. Yes, there is that engine between your legs, and, if you are the pillion (that’s the rider on the back, by the way) your feet are on the pegs. But when you are in an airplane you’re still sitting on a seat, hey?

So ja, on a bike, you are sitting, just like you would on a plane, and that ground is zooming by. Whisk, whisk, whisky, that ground blurs underneath you. Wind is whipping at you. I promise you, even if you find the steepest hill, and go down as fast as you can on a bicycle, it has nothing on this.

(I know, Walid let me try zooming down the hill once on his bicycle. That was the last time I got to ride his bicycle. Ag, no man, I don’t want to talk about it. At least he still talks to me. And that’s all you need to know.)

So ja, last night. The whole time we were riding my brain was going, I am flying! I am really flying!

And I’m telling you, when I was out there, riding, hugging tight to Lazola, I didn’t think about my parents. I didn’t think about school. I wasn’t thinking about Walid and how he said he was never, ever, letting me borrow his bicycle again. Nope. Nothing. I was just happy.

And then, I got an idea.

Tell us: Do you have an activity that allows you to clear your head, so you no longer focus on all your troubles or worries? If so, what?

< previousintronext >
Login to Comment
6 Responses
When I go to gym, everyday in the morning, I forget about my problems od worries.
Linky20 · 9 months ago
Yes I have that activity.It is music when I start singing with my group or even alone I just forgot all worries and problems
KAGE · 3 years ago
Dancing to a heart throb_"being" music, at least deep Bass high volume music (if not a fully blast!) or watching action Comedy like Charlie Chaplin or Tom & Jerry toons, they bring tears in my eyes,(tears of Rib cracking)
Bekezela · 3 years ago
Writing. I get to get to other people's brain and write about theM. Is just dope.
Mtibza eM · 3 years ago
Dancing
DIVA29 · 3 years ago
Load More
Go to Library