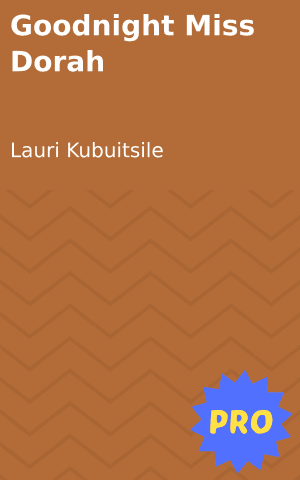 After Leon left, Toto and Killer found a sunny spot between two big rocks and they went to sleep. In his sleep, Toto dreamed about living in a nice house with his own room. His bed had a soft golden blanket. The walls were painted yellow and had pictures of cowboys on bucking horses. Toto smiled in his sleep, thinking of being tossed around by those wild horses. He thought he’d like it.

He woke up when the tide came too close and he got sprayed with a few drops of salty water. Toto and Killer headed for the end of the beach. There was a certain place that seashells liked to collect in the night. He rushed, afraid that he’d slept too long and the tide would have come in and wash them all back to the sea.

He was happy to find that he wasn’t too late. He sat on the beach, sifting through the shells trying to find ones with holes where he could push his wires through. He didn’t notice the old lady until she was next to him and Killer barked.

“Well, aren’t you full of nonsense this morning, old boy,” she said to Killer.

Toto looked up, smiled at her, and nodded a greeting. They met each other quite often on the beach, this old lady with the grey curly hair and quick smile. She liked to walk the long stretch from town. She always held her shoes in her hand and had her baggy jeans rolled up past her knees. She sometimes wore a hat, especially in the summer, Toto noticed. But today she didn’t, and the wind blew her curls into a big mess. She didn’t seem to care.

“Can I have a look?” she said, bending down to where Toto had made his pile of good shells. Toto nodded. She slowly went through the shells he’d collected, holding them up one after the other and carefully looking at them.

“Most of these are bivalves, clams and a few scallops. This one is nice.”  She held up a pearly blue scallop shell. “I wonder how it got that colour.”

She knew a lot about the sea and often told Toto things, things about the shells he collected or the seaweed brought in overnight; sometimes she pointed out passing whales or leaping dolphins to him.

She stood up and brushed off her knees. “I sort of hoped I’d see you. I was cleaning the garage and I found some ribbon. I know you sometimes put ribbons on your hearts. I thought you might want it.”  Toto nodded.

Toto put the shells he’d collected in his bag and followed her. They walked down the beach and then cut up into the houses. Three rows back from the sea, she turned, and two houses down she stopped.

It was a two-floor house with the garage underneath and the house on top. It was painted the blue-green colour of the sea. They climbed the wooden staircase to the side and the old lady unlocked the house and went in, then she stopped.

Toto smiled. He wanted to tell her his name but couldn’t. He used to know how to talk. When he was small and went to school and lived with his mother he knew how to talk, but somewhere along the way it all stopped. He’d got used to it though, most of the time. But now he wished he could tell the old lady his name too.

Tell us: Why do you think Toto doesn’t talk anymore?