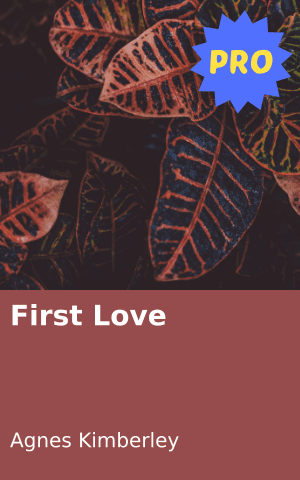 As Kylie Minogue started singing Can’t Get you Out Of My Head, Juliet stepped out of the shower. She sang along to the words. She couldn’t remember feeling so happy in a long time.

She was going for an interview in the morning. Finally, she had decided that she was going to follow her heart. No more part-time work for her! No more dithering about her future either!

I’ve taken the first important step, she thought wistfully. One day, she promised herself, I’ll have it all.

For as long as she could remember, Juliet had had a passion for flowers and their lingering aromas. Her two best friends used to tease her about it all the time; mind you, they still did. They’d been friends for a long time.

For the interview, Precious had even advised her last night to wear her sexiest underwear. Juliet grinned at the memory. She couldn’t wish for better friends. They were always there for her.

“What are you wearing for the interview?” Precious had asked.

“Well, at least then you’ll make a statement!” Precious laughed too.

“But jokes aside sister, it’s important to not only look good. You must also feel in control.”

“Well as it so happens I went shopping today. I took your advice and bought some sexy underwear at the mall.”

Juliet took the underwear out of the shopping bag.

“It’s a pity Desmond won’t get to see you in those silky black panties,” Precious said. “But wear the red ones tomorrow, though.”

Juliet had broken up with Desmond a few weeks ago. It came down to the fact that Juliet was a romantic whereas Desmond thought flowers a waste of money.

“Is there any particular reason why I should wear the red set?” Juliet asked.

“Not really. Only that they are very sexy. Besides you never know who you might bump into? Red is power, girl.”

“Well, whoever they are, I’m most definitely not going to be showing off my bottom,” Juliet grinned.

“What else did you buy?” Bonny asked.

Juliet rummaged around in the bag and pulled out a short denim skirt, white jersey, and some black tights.

“I decided to go the whole hog and bought myself a complete new outfit. I’m going to wear my black boots with them.”

Juliet was early for her interview the following morning. She glanced at her watch, and noticed she still had fifteen minutes before it was time to go inside.

Then, suddenly, a dark blue Polo drove very fast into the car park. No sooner had the car pulled into a vacant bay right in front of the door, than a man jumped out. He was at least ten centimetres taller than her own, tall willowy frame. His mouth was scowling, but she couldn’t help but notice his long, powerful-looking legs encased in tight, faded denim. On his feet he wore a pair of black leather loafers.

He stormed into the shop. Juliet’s breath caught in her throat. Was this man just an unsatisfied customer? As if to confirm her suspicions she heard him yell something. He must be shouting at Mama Pinky! She had a good mind to walk right in and tell him to stop. She couldn’t hear what they were saying but they were clearly angry at each other.

Juliet glanced at her watch. It was a few minutes to midday – the time of her interview. She climbed out of the car. As she went towards the shop door, it was flung back into her face. She almost tripped over but managed to put her hand on the wall to steady herself. The man did not even notice her as he rushed to his car.

She caught a glimpse of two dark eyes, the colour of coal. They were full of anger and heat as he scowled unseeingly in her direction.

Who is he? Juliet asked herself, as she felt a shudder run through her body. Despite his scowl, he was the best looking guy she had clapped eyes on in a very long time. One could go so far as to say he was magnificent. Every hormone and nerve ending in her body began to tingle.

“Don’t mind him,” Mama Pinky said, as she ushered Juliet in the door, and put the ‘closed’ sign up.

“Now I think I need a strong cup of coffee with lots of sugar,” she said. “We’ll go into the back room.”

“Are all your customers as difficult as he is?” Juliet asked. She was dying to find out more about this hunky, but angry man.

Now was – and wasn’t! – the time to remind herself that she had vowed to remain single until she settled into her new job.

“Some are even worse,” Mama Pinky sighed, as she plugged the kettle in. “Sit down here, Juliet.” She pulled a chair out for her. Then she busied herself making the coffee.

It was clear Mama Pinky wasn’t going to say another word about her customer.

Juliet was even more intrigued than before.

Tell us what you think: Who is this angry man? Why he is angry?