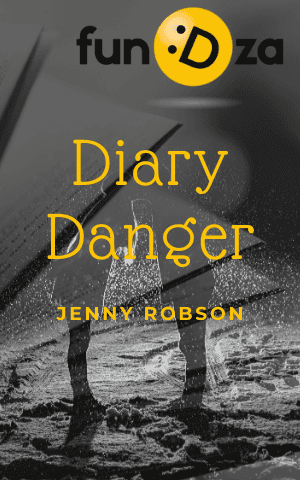 2 June 2017. Oh that Christo Ndlovu!! What a star!!!What would I do without him??? He has come up with the best idea ever. Even the Head is excited. I can’t wait to get working on the play now. My kids will love it.

All the years before, it was Miss Motaneko who decided what play we would present in September. They were always really childish ones like Cinderella or Goldilocks and the Three Bears. Forcing the Grade 7s to learn their lines was exhausting. And I was always relieved once September was over and the play had been performed and we could forget about it.

But that morning Christo burst into my class with his eyes shining and announced, “Ipi Ntombi! That’s what we’ll do for September! It’s full of great songs. Old – but great! Mama Tembu’s Wedding and Moriva. And Serantebhule! I’ll give you a download. Yes, we’ll work out some dances. We’ll work out a script. We’ll ask the Head to check up on the copyright stuff …”

I looked around my class. All their eyes seemed to be shining too. That’s the effect Christo has on kids. And grown-ups too. I think my eyes were shining as well. How lovely to do a play – a musical – that we would all enjoy!

By the following week, the Grade 7s were busy learning song words, all arguing over who would be Mama Tembu and who would be Nadia and the Narrator, all making up their own dance moves. Even though Ipi Ntombi was composed back in 1974, it still seemed to grip them.

“Why are you looking so happy?” Jonas asked, when he got home from work.

“Oh wonderful!” said Jonas. But there was sarcasm in his tone. And Jonas is not normally sarcastic. “Yes, I can just imagine it: you and that Christo fellow huddling together in the dark at the Community Hall while all the kids prance around the stage, practising. Very cosy; very intimate!”

“Don’t spoil it,” I begged. “You know how I always dreaded these school plays before. Anyway, Christo is involved with someone else. So you’re being silly, acting jealous!”

Jonas went off to soccer practice. And when he came home, he put his arms around me and apologised. He also said he had some good news. He’d got time off work in July. We could go away for a winter break.

“We can go stay with Vusi and Tebogo in Bela Bela! We haven’t seen them for so long. And we can go on long walks together in the bush. It’s so peaceful there. I reckon it will do us good; give us a chance to relax and re-connect.”

I didn’t want to argue. Not after Jonas had apologised.

16 June 2017. That’s all I need – stuck with Vusi and Tebogo and their six children! For a whole two weeks. I mean, I know Vusi is Jonas’s favourite cousin. But he just annoys me the way he is always bragging about his safari business and his luxury lodge and all the money he makes. And Tebogo only wants to talk about her children. And then ask me when Jonas and I plan to start a family. It’s going to be one long nightmare!

Lucky Christo – he’s off to stay at the Waterfront in Cape Town! That sounds like much more fun. With a friend, he says. Wonder who that friend is???? Wonder if it’s a SHE???????

Tell us: Should Harmony be honest and tell Jonas she doesn’t want to stay with Vusi and Tebogo?

< previousintronext >
Login to Comment
28 Responses
Yah
Cebzah/Nelly · a month ago
Nah it will ruin everything thy worked 4
Zozolee · 2 months ago
Yes she should tell him and she also should stop comparing her husband to Christo that's just wrong and quiet obvious she has a thing for the new teacher. I'm honestly appalled at the way she is treating her husband who has been there for her for years! I don't like where this is going.
Ntwenhlewamie · 12 months ago
No it might start problems again since Jonas has trust issues already
Adorable Chychy · a year ago
Yes she batter be!!
Entree · 2 years ago
Load More
Go to Library