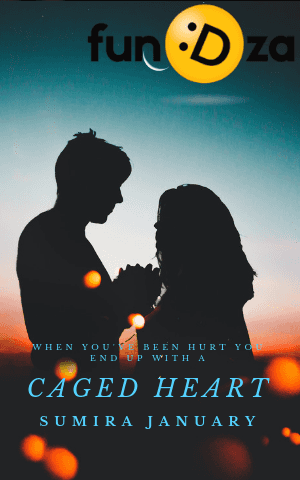 To Willow’s surprise, Christian wasn’t only punctual, but he got out of his car, strode up the path and knocked on the front door. As she watched him from behind the lounge curtain, she thought it was a good thing her mom wasn’t there: She’d have made a fuss over him because he didn’t hoot and expect me to come out. A real gentleman; that’s what she woulda called him.

When Willow opened the door, Christian drew a hand from behind his back and held out a single red rose to her.

“Oh! Thanks … it’s beautiful.” She sniffed the delicate crimson petals and smiled. “Come on in while I put it in water.”

Christian’s eyes followed Willow as she walked away. “It’s nowhere as beautiful as you.”

“Sorry?” Willow spun around. “Did you say something?”

Christian drove the N2 all the way to Sir Lowry’s Pass and onward. They chatted about work, music, touched on their interests outside of the restaurant, and lapsed into moments of comfortable silence. They stopped once to retrieve the cooler bag from the boot. Christian had stocked it with water, juice, and fruit. “Just a few things to keep us going. We’ll have a proper breakfast at the venue.”

The picturesque views of the Overberg dorpies as they crossed the Hottentots Holland mountain mesmerised Willow. So, it’s not your average beach visit, she mused. “Where are we going, or is it still a state secret?”

“Gansbaai.” Christian answered without taking his eyes off the road, despite wanting to see Willow’s reaction.

Nooo. Nooit. Can’t be. Can it? Willow’s mind catapulted to one of the activities prominent on the list of the area’s tourist attractions. Something she could never get Lucy or any of her other friends or family interested in. She’d been curious about the experience ever since she watched a National Geographic program.

Two hours after they left Cape Town, they arrived at the little harbour of Kleinbaai where Christian pulled into a parking area in front of a building that boasted a humungous signboard: ‘Great White Adventures’. It was in bold text, emblazoned on the body of a shark.

His face broke into a mischievous grin as he swung his legs from the car.

When he opened Willow’s door, she still gawked at the signage. “Are we going …” She pointed to the graphic.

Willow grasped the hand Christian extended, pulled herself from the car into his arms, and planted a loud kiss on his cheek. “You’re the bestest.”

Christian leaned into the hug, but before he could tighten the embrace, Willow twisted away from him, bounced on the spot and squealed; giddy with childlike joy.

“Hey…” Willow came to an abrupt halt. “I can’t let you pay for this. I know it costs an arm, a leg and a vital organ.”

“Don’t worry about that. Your only concern is enjoying yourself.”

“No.” Willow shook her mane of curls. “I can’t have fun knowing how much cash you had to fork over for this trip. Please let me contribute something.”

“Okay, fine. I see you’re not going to let this go and I won’t lie to impress you.” Christian took her hands in his. “It cost practically nothing. My cousin owns this outfit.”

Willow eyed Christian with fresh admiration. “That makes me feel a whole lot better. Now I’m ready for this adrenalin rush. But how did you know I wanted to do this?”

“Eye what?” Willow scrunched up her face. “What’s that?”

“Insider Information From Lucy.” Christian said with a wink as he headed to the back of the car.

Willow snorted as she laughed. That’s so lame. But cute.

While Christian retrieved their bags from the boot, Willow leaned against the car watching him. This is a date I won’t easily forget, she thought.

After a light breakfast; indemnity forms signed, the circus of 20 thrill-seekers, including honeymooners from the UK (the wife, from her chatter, keener than the husband), and a local retired teacher who ‘felt the need to push at life’, walked down the sunny pier.

As they boarded the 11-metre catamaran, Christian turned toward the person handing out life jackets. “Heya, Mitch.”

Willow startled at the name. “That’s Mitch? That’s the name they gave for the marine biologist who goes out with each trip.”

Tell us what you think: Shark cage diving is when you get lowered off a boat into shark-infested sea, in a cage, to observe the animals close up. It’s an unusual ‘bucket list’ thing to want to do. Can you imagine yourself ever doing this?

< previousintronext >
Login to Comment
One Response
Yeah, I really wanna try it
Adnasa · 5 days ago
Go to Library