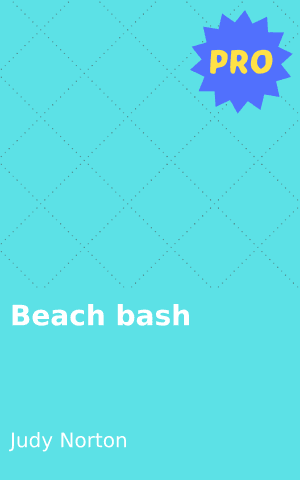 Silently Zintle handed over the phone. Dina, her heart pounding with dread, looked at the picture in which her friend had been tagged. She began to breathe harder and harder, and was soon hyperventilating, almost choking, and trying to scream at the unbelievable sight.

Someone had taken and uploaded a flash photo of her and a guy, and in the background could be seen a semicircle audience of the remaining stragglers at the beach party. The person had added a caption, “Beach Bash Fun!”

There was Dina, with her jeans and panties round her ankles, flopped over at the waist, her arms trailing limply, her T-shirt falling down over her neck, her breasts dangling right out of her bra.

And the guy, naked, was taking her from behind, gripping her up and steady round the hips, a macho, sexual grimace on his face. Her eyes were closed – she looked like a rag doll. Or a corpse.

Appalled, Dina examined the ring of people watching. She recognised many of them. There was Dubs – himself taking a photo with his phone. Some onlookers looked disapproving. Some were laughing. Some were turning their heads away in disgust. Some just looked blank, like they did not know what to make of the scene.

Zintle, also crying now, looked at her friend and asked in a hoarse whisper, “And you remember nothing of this?”

Dina just shook her head. It was as if she was looking at a picture of a plastic doll, dressed in her clothes. That was not her. It could not possibly be her.

The two girls stared at each other wordlessly, trying to make sense of, comprehend, the sudden change in … in … everything. After a long while Dina’s gasping sobs quietened, until she simply sat slumped, silent tears sliding down her cheeks, her nose running. She made no attempt to wipe any of it away. Her whole body shivered, yet it was not cold. She was in shock.

Zintle fetched a tissue and gently dabbed at her friend’s face, then put her arm round her shoulders. But Zintle could not bring herself to say the usual words of comfort: “Don’t worry, my friend. It will all be okay,” because the words seemed a lie.

They could hear loud greetings and laughing in the grounds outside as students made their way to the res for lunch. Dina got up, closed the window to block out the sound, pulled off the skinny jeans, the T-shirt, the bra and panties, crawled under her bedcover and turned her face to the wall. She whispered, “That is not me. That is not the real me. But it’s over. My dreams are over. I can’t stay here. It’s gone viral.”

“I know it’s not the real you, Dina,” said Zintle, gently stroking her. “How did this happen? Those are our students! Who is that guy? It’s somehow very wrong …”

“Zint … thank you. But I just want to be alone. And I won’t blame you if you stop being my friend.”

“Dina! I will not stop being your friend. I feel more your friend than ever. I’ll think of a way to help you get through this. I can’t pretend I know what to do … or know how to go forward at the moment. But one thing I do know, I feel, is that what has happened to you is wrong. Wrong!” She kissed her friend on the cheek, then said gently, “Okay, I’ll leave you to sleep now. When your headache is gone we can think more clearly about what to do next.”

As Zintle closed the door she faintly heard the bed creak as Dina got up, soft footsteps to the door, the click of the lock, the sound of her friend getting back into bed. Then silence.

Her mind raced as she tried to comprehend her feelings and the consequences of the situation. Shame. My poor, poor friend. I feel like I myself have had a narrow escape – that could have been me. Or Cassy. Any one of us hard-drinking party animals. But what can I do about this? I don’t know how to handle it … Everyone on campus must have seen that picture by now. And all their Facebook friends. It’s … I can’t even find words … it’s social suicide. Genuinely.

She hurried away up the passage. Then Zintle suddenly stopped. Social suicide was bad enough, but what about the other fallout from last night? She could at least help Dina with that … but first let her sleep off the hangover for a couple of hours, she thought.

Tell us what you think: Is this social suicide? And what do you think the “other fallout” is?