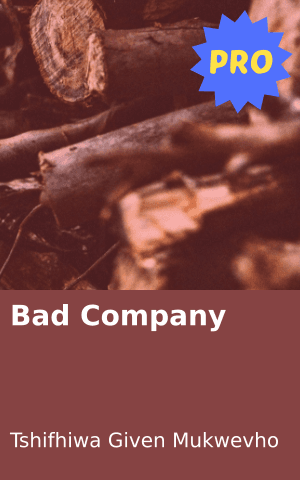 Two social workers, Jonasi, and his parents are locked in a meeting which has been going for nearly four hours. Throughout this time Jonasi has maintained that he never stole the DVD player or the laptop. He can’t look his parents in the eye. His mother tries to put her arms around him, but he shifts away from her.

“Jonasi is my son and I care for him,” his father tells the social workers. After spending a night in the holding cells, his hair is a mess and his clothes are creased. He looks haggard.

“I love him. But it breaks my heart to hear him tell lies. How am I supposed to stop him from going down the wrong path? I know our law forbids a parent to spank a child. But this law is difficult to follow if we are to raise responsible children.”

“The law is there to protect children,” says the police officer. “We have to stop domestic violence in our country or our children will grow up violent too. Some parents and guardians don’t know when and how to stop, once they have started physically disciplining a child,” says the social worker. “There are cases of parents who have beaten their children to death.”

Mr Mangilasi shakes his head. “I know what the law says. If the law says we must not hit a child, we should not do that.”

“I am glad that you agree with me,” says the social worker.

“But these children push us so far. They need to know there are limits.”

“We love them but they must respect us, and we must also respect them. Why should we be enemies and turn our homes into battle fields?”

“True,” agrees Mr Mangilasi. “Jonasi, I am by no means your enemy, you know that. Do you hear me?”

Jonasi looks at the floor, but he nods his head.

In the second half of the third hour, Jonasi breaks down in tears. Sobs choke his throat each time he tries to say something. One of the social workers gets up and brings him a glass of water. He accepts it with trembling hands and drinks. He puts the glass on the table and wipes away his tears with the tissue the social worker gives him.”

“Forgive me Mom and Dad,” he mumbles, his voice hardly audible. “I stole the DVD player and sold it in exchange for … for … for …” he stammers.

“My friends and I smoke dagga and nyaope. We sold the DVD player to get some fix. I wanted to sell the laptop as well. I am trapped. The craving is so bad. I am sorry Mom and Dad.”

His mother starts to cry.

Mr Mangilasi gets up and comes over to his son. He embraces him with love and care.

At the end of the day, Mr Mangilasi is warned to never hit his child again but he is also given the name of a district drug counsellor who can help Jonasi.

Tell us: Do you agree with Mr Mangilasi being let off?

< previousintronext >
Login to Comment
14 Responses
Yes I do...
Gladzon · 2 years ago
yes he's a caring father n a good parent, he was just pushed by circumstances to be violent
Simangelesikhakhane030@gmail.com · 2 years ago
yes
khanyi2309 · 2 years ago
no ,but if he's gna obey the law then yes I agree
Ennieb · 2 years ago
Yes
Ridgels · 2 years ago
Load More
Go to Library