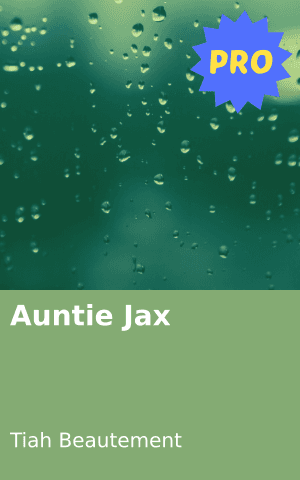 Jacqueline turned to the three faces looking balefully at her and their mother. This was the first time they’d seen their Auntie Jax, from the American state of Tennessee, in three years. The woman defied their memories.

“Now children, you listen to your Auntie Jax. Your daddy loves you, but he did something stupid, okay? Being stupid isn’t a crime, but unfortunately, your daddy was so stupid he let himself be talked into doing something incredibly stupid, and the government is a little mad at him right now. So, me and your mama are gonna sort things out. Okay? And everything’s gonna be alright. Auntie Jax promises.”

Not that Auntie Jax gave “a flying fig” what their mother said. “Maddy’s confused. I ask you, what kind of black American gal goes all the way to Africa and ends up married to a white man?” she asked.

Tell us what you think: Is Auntie Jax is a being unfair with her comment about her sister marrying a white African? If so, why?

< previousintronext >
Login to Comment
3 Responses
She is unfair. She doiesnt knows she married a white man
Chireki Saurombe · 3 years ago
Yes,because it's always important to understand it when a family member says that she's/he's find love in someone different from you and different background.
black diamond · 3 years ago
No she nor
Onwaba Hermans · 3 years ago
Go to Library