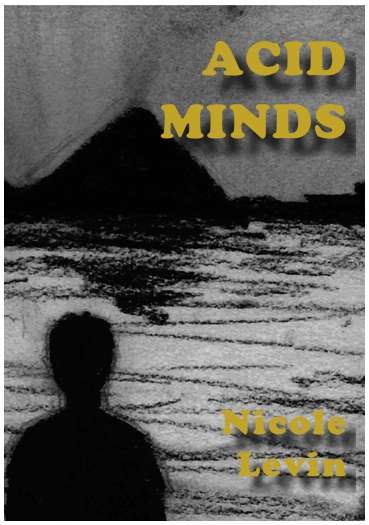 The machines in the Intensive Care Unit beeped and buzzed like some alien space ship. Hooked up to the monitors and tubes, lay Thabo’s little brother. Thabo gulped as he fought back the tears that welled up in his eyes.

A young nurse was replacing the bag for the drip. When she turned around Thabo recognised her instantly. He had grown up next door to her in their village.

“I’m so sorry, Thabo,” she said, coming over and giving him a hug.

Thabo didn’t trust himself to speak, so just nodded, then went to the chair next to the hospital bed, sat down, took Sipho’s hand in his and squeezed it gently. “Hang in there,” he whispered. “Is he going to be OK?” he asked Amahle.

“They think they got all the cancerous tissue out, but we’ll only know tomorrow. Shame … he’s so young,” Amahle said softly.

Thabo couldn’t stop his tears. Amahle put her arm around him.

“Sipho is a fighter, Thabo. I am sure he will pull through this.”

Thabo nodded, wiped his tears then said, “Are there any other children from our village here?”

“There is one. Noku Masondo. Why?”

“I think I know what’s causing this…”

“Thabo, cancer can strike anyone down. It’s a–”

“It’s from the water,” Thabo said, looking up at Amahle, who was frowning. “It’s the same thing that happened to our aunt. The water in the river is poisoned. It can cause tumours and other diseases and–”

“Or it can be caused by a hundred other things. The fact that your aunt and your brother have cancer could be a coincidence, or genetic – run in your family genes. It’s not necessarily that water.”

“Well, I’m almost sure it is. Please will you take me to see Noku?” Thabo asked Amahle.

Before they left the ward Amahle plumped up Sipho’s pillow and checked his drip again. Thabo leant over his little brother. “Sipho, it’s me Thabo. I’m here. You’re not alone. Mama is on her way too.” Sipho’s eyes fluttered but didn’t open.

They remained closed as Thabo and Amahle went quietly out, and the monitors and machines continued to buzz and beep.

Noku was one of Sipho’s best friends. He lay in bed paging through comics. Thabo sat down on a chair next to him.

“Hello Noku? How are you feeling today?” asked Amahle gently.

“Well, I’ve brought someone for you to chat to. Noku this is Thabo, Sipho’s older brother.’

“Thabo! Hi!” The boy was delighted to see him. “Have you seen Sipho?”

“He’s going to be alright,” said Thabo firmly. “How are you doing?”

“I’m feeling better now. But the doctors say they are doing tests on me.”

Thabo shook his head in concern. “Noku, I’m so sorry to hear this. I’m trying to solve this mystery of what’s making you guys sick – kind of like being a detective. So can I ask you some questions?”

“Were you guys playing somewhere different to usual before you got sick?” asked Thabo.

“No, where we always play.”

“In the water by the old mine shaft.”

“Did the water look dirty?”

“No, it looked nice – it looked like gold,” said Noku, picking up a small rubber ball off the bedside table. “Do you think the water made us sick?”

“I’m pretty certain,” said Thabo. “Who else was playing with you?”

“Have you seen him recently?”

“Thanks for telling me, Noku. I’ll come and see you when I visit tomorrow morning to check on Sipho,” Thabo promised before he left the ward.

He decided to wait for Amahle, who was finishing her ward rounds. “Do you want a lift home?” she asked Thabo as she walked up. “I’ll just get changed then I’ll meet you outside,” she said as he nodded.

Amahle reappeared in jeans and a T-shirt and trainers. Thabo looked at her appreciatively: he had forgotten how pretty she was.

“So, when did you learn to drive?” he said teasingly as she carefully steered her Golf out of the hospital parking lot.

“Should I be worried?”

“You can walk if you want to, but it’s a long way to the taxi rank, Mr Cheeky.”

“Ha ha! I’ll take my chances then!” It felt good to laugh again, to relieve the worry and tension.

“What else don’t I know about you? What’s changed since I was last here? Have you got a boyfriend?”

“When would I have time for one?” She flashed him a look. “You’ve been gone a long time city boy.”

“Is your father still working at the mine?”

“Yes. But he’s too old for it, Thabo. He gets so tired. He’s been complaining of chest pains recently.”

“It could be from the water.”

“Amahle, I’m going to find out what’s making the people round here sick. I’m serious. I’m going to stop it,” said Thabo, looking at her intently.

“OK – I admit I have my suspicions. But you can’t investigate it alone.” Amahle said. “This thing’s too big. Think about it: different symptoms that may or may not be caused by AMD, fighting a huge company… ”

They had pulled up outside Thabo’s house. His mom came out and hugged him.

“How is Sipho?” she said anxiously. “Did you tell him I would come this evening? Oh and hello Amahle – thanks for giving him a lift,” she said, turning to Amahle.

“You must be tired son. It’s such a long bus journey.”

As Amahle got back into her car Thabo said quietly to her, “I know where Sipho and Noku were playing. I used to play there as a kid, when it was a clean stream. I’m going there later. Do you want to come?”

“Bear in mind, not all disease around here is caused by AMD.”

The sun was sinking as Thabo and Amahle made their way up the path that led out of the village towards the old mine shafts and dumps.

“Up here,” said Thabo, giving Amahle a hand as they clambered over big boulders and then down the other side to an old, abandoned mine shaft entrance, cut into the hillside. Trickling out of the mine was a stream of yellowish-brown water, that pooled where the ground outside hollowed. Around the pool lay dead plants, and corroded metal pipes.

Amahle crouched down and stared into the water.

“It may look like liquid gold, but this is toxic water from Acid Mine Drainage,” said Thabo.

Amahle looked closer at the water. It had a greasy film over its surface, like leaked engine oil from an old car.

“Do you know that for sure? Thabo, I know you want to stop your brother’s suffering but…”

“And what about Noku? That isn’t a coincidence Amahle. Look here – this stream from the pool leads into the main river, down there.” He pointed to a channel between the rocks. “It feeds into the river, poisoning it.”

“Everyone uses the river water – for drinking, washing, watering crops. What other water source is there? And not everyone is sick,” commented Amahle.

“Eventually, everyone is going to get sick Amahle! We have to stop people using that water.”

“You aren’t even sure that it is the water that’s causing this sickness,” said Amahle crossing her arms over her chest, her brow furrowed and her dark eyes blazing. “I know what’s happened to your brother is terrible. But you can’t just state that everyone is getting sick because of this water. And think about it – where are people going to get their water from then?”

“I don’t know. But we’ve got to find another way, and first we’ve got to call a meeting, inform people. How quickly can we round up the whole village?”

“I’m not sure … things happen slowly here. Also, people might be nervous to discuss this. Half the village works for the mine. People depend on it.”

“Amahle, if we don’t try do something, who is going to? You have to believe me, help me. The risk of not doing anything is too great – not just for Sipho, for everyone!”

Tell us what you think: How will the community react in the meeting?