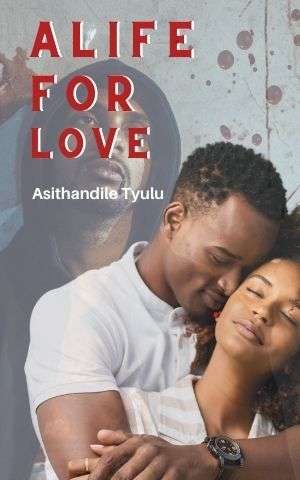 It wasn’t long before Sicelo caught us, which brought us to this fateful moment. Our affair had got so heated that we almost found pleasure in taking risks, living on the edge.

We were in Nomtha and Sicelo’s kitchen. Nomtha was cooking and I was right behind her ‘helping’ and kissing her occasionally. It was during one of those occasional kisses that Sicelo walked in. He came home early from a business trip to Durban.

“What is going on here?” Sicelo asked angrily, his voice was trembling. It shook me, I couldn’t say a word.

This gigantic man in front of me was now almost like a child. He was nearly in tears.

“Sicelo it’s not what you think,” Nomtha said. She was already crying and begging.

“It’s not what I think? You are kissing and half naked in my kitchen! Do you think I was born yesterday?” he said charging towards us.

He raised his hand as if to slap Nomtha. He pushed her to the side and she fell on the floor, and came for me. I ran around the kitchen island.

“Sicelo calm down, I can explain,” I said like a scared boy and at that moment I was.

I had this big man with fire in his eyes charging towards me like a raging bull. I had to be scared. As I was running I tripped over my shirt, which was on the floor and by the time I stood up, Sicelo was already right next to me.

He punched me, my jaw locked and my sense left me. He punched me again as if to bring it back. As he was about to strike again, Nomtha ran to my defence. She pulled him back and he shoved her so hard that she hit the floor.

He hit me repeatedly, and the words coming from Nomtha seemed to fuel his fire of punches.

“Sicelo stop! I loved Luphelo way before I met you, way before this sham of a marriage” she said at the top of her lungs as if it wasn’t just my life she was begging for but hers as well.

Sicelo stopped and hung his head in what I thought to be shame or defeat. I managed to get up and stand away from him. I caught my breathe, “I’m sorry.”

My apology seemed to trigger him again and he charged for me. He tripped over his feet and hit his head on the granite countertop. He fell to the ground. I ran to help him and held his head in my hands and blood trickled out.      I reached for a dishcloth to try to stop the bleeding but it was too late. It was the end of my brother’s life.

Tell us: How would you have reacted if you were Sicelo?

< previousintronext >
Login to Comment
141 Responses
Like Luphelo had to stand that pain I think it would be wise if Sicelo calmed down and just reminded them about the plan that brought them together.
Ndade PALE · a month ago
They should have told their parents from the beginning because if they did that luphelo's brother wouldn't be dead
Phumla Somsam · 2 months ago
Same as he reacted because his brother was cheating with his wife
Lebuuu · 3 months ago
I would've given them piece of me and go and tell on them trying to punish them both and mostly prove luu's worthless to my father and Namtha as a disgrace to her father as well
Teddy twist · 3 months ago
I will have listened cz this marriage is a business transcation
Masetlale · 3 months ago
Load More
Go to Library