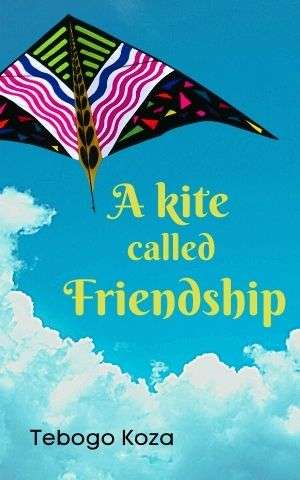 Following the embarrassing ordeal I couldn’t bring myself to be in the same space as David. What so-called ‘friend’ doesn’t have his friend’s back? For a year and a half, we never spoke.

Meanwhile I grew closer to Buhle, who was studying at Wits. First it was sporadic visits, but those turned into each weekend, and soon we became an item. I was really in love, and my discovery that she’d always had a thing for me took me by surprise. I had thought she was into David, like all the other girls who’d beg me to hook them up with him.

One evening, I was heading back to res from the library around 1am, hands dipped into my pockets against the cold night. While walking down Hilda Street in Hatfield, I noticed a crowd gathered around a car that seemed to have accelerated uncontrollably into a wall. Curiosity called my name, and I quickly darted between the crowd of students, while the ambulance siren sang closer and lights pulsated a short distance away.

“What happened? Did anyone survive?” I asked some of the onlookers, who merely shook their heads helplessly. I pushed towards the front of the crowd.

My God! There lay David, with two other passengers, and the driver. The car was beyond repair, with passengers thrust against the caved-in front windscreen. It was clearly the result of driving under the influence. Our feud forgotten in the seriousness of the situation, I quickly called his parents and alerted them to what had happened. The victims were all stretched out in the ambulances, headed for urgent medical help.

The following day, I accompanied his parents to Mehmed Hospital, in Arcadia, Pretoria. Distraught, they could hardly bring themselves to greet me. And at the hospital reception, agitation had us virtually hovering just above our chairs.

“Please, follow me,” the doctor eventually said, leading us to David’s ward.

The door opened to reveal a busted up, bruised man, laid in bed, strapped up in hospital regalia. There was a cast on his left arm and his right leg dangling from an upright rod.

“Papa. Mama. Sibu,” a raspy voice pierced through the cracked lips of a half-conscious David.

Naturally, looking at our tears and gloomy mood, he playfully croaked, “Those long faces of yours. What? Are you in the funeral line being dished small meat or something?”

We broke into constrained laughter, but his mother was still full of concern.

“Mxm! We’re worried sick here and you have the nerve of making jokes … My son, my son. Ncaaw marn, come here.” She squeezed him tightly into a warm hug, kissing him across his bandaged face, like it would miraculously serve as a catalyst to his healing process.

It was all merry, our spirits blazed up to clear the cloud that hung above the room. And David explained what had happened, and how sorry he was for the recklessness, and promised to change his life of debauchery.

The doctor quickly came back, and shut the door behind her, making her way to Dave’s bedside. She hesitated then told us that the driver and a young woman, Zandile, hadn’t made it.

David’s head slumped and tears streamed down his cheeks. “What about … what about Mpho, doc? Is she okay?”

“Please Mr Maatla. You need to try and be calm. You need to heal. Mpho will be okay, although her condition is slightly worse than yours. We have done everything to aid a speedy recovery.”

When she had gone David looked at his father and asked him how they could afford to keep him in the private hospital. The fee for even one night was astronomical. I saw the worry written all over his parent’s faces.

“I have a lucrative scholarship, Mr and Mrs Maatla,” I said. “David is like a brother to me. Please let him get the best treatment here for a week, and you can decide what to do from there.”

“No, my child, this is money for your future. We don’t want to get in trouble with your parents. We’ll have it covered. We’ll take up a loan or something,” his mother gently tried to dissuade me.

“Don’t worry, Ma,” I assured her. “I’m already a tutor, as a senior. The scholarship money is way above my needs already. Please let me lend a hand to the best friend I’ve ever had.”

She squeezed me in a warm and tender hug, letting a tear go with a gleaming smile. And the room was permeated with so much love I’m sure it burst out into the corridors.

“Why? Why Sibu?” David asked. “I thought you were still mad over the ordeal I let you go through, and even had a hand in?”

“Buhle told me how you visited her unexpectedly at home late last year. She told me how you said how sorry you were for what you put me through. And that you tried to fend off your seniors but were hard-pressed. And more so, that you pleaded to the seniors to spare me from further brutal activities during the induction … I just couldn’t bring myself to say I had forgiven you, because you did the right thing under pressure. So please forgive me too, for that.”

He stared into my eyes, with a face so bruised and stitched it resembled a warrior who had been overwhelmed in a fight. And as he whimpered softly, I comforted him, as a friend, as a brother.

Tell us: Was Sibu right to forgive David for his earlier behaviour at the residence? Do you think they can save their friendship?