A Double Dose of Love

Mathabo had stayed in bed the whole Sunday, crying. Her mother tried speaking to her, but Mathabo just dismissed her. She wanted nothing but to be alone, searching the internet. All the information was the same. Every time she found the symptoms of HIV, she felt like they were happening to her.

Finally, she had the courage to make the call. The call that she had been dreading because it would confirm the worst.

“Hi babes! Ao! You’ve been ignoring my calls since last night. What’s going on, sweetheart? Why did you leave like that yesterday?” Peter’s voice sounded so worried.

Mathabo sobbed, trying to gather strength. “Tell me the truth wena Peter. I want nothing but the truth, okay?!” she yelled, tears rolling down her smooth cheeks.

“About what babe? What have I done now?”

“When you slept with that … that thing of yours, Kedibone …” She paused, swallowing.

Peter went quiet. It was obvious that he wasn’t expecting that. Finally, he coughed and said, “Babe, please, forget about that. It’s history. You know my heart belongs to you, right? Look, I’ll come visit you tomorrow morning. Your mother is going to work right?”

“I don’t want you to visit me, idiot!” Mathabo snapped with frustration. “I want the truth. Did you use it or not?”

“Sharp babes. We will talk tomorrow. Don’t go to school. Sharp,” Peter hung up, driving his girlfriend even wilder.

Mathabo smashed her cellphone against the wall. She wished Peter was there so that she could strangle him with her bare hands. From what he said, she assumed Peter didn’t use a condom. Joyce was right. She should have insisted on protection after finding out about Peter’s affair. How could she be that stupid? How could she let love blind her so?

Mathabo cried all night, wondering how her mother would feel when she realised that she was HIV positive. The person whom she loved and trusted had ruined her life, and she felt like the whole world was against her.

There was no hope for her. She couldn’t see the future without Peter in her life. Maybe it was time to end all her suffering. No-one cared about her, she told herself, as the sound of her mother’s door reminded her that it was already five o’clock in the morning. She heard her calling her name but quickly closed her eyes, pretending to be asleep. Her mother tapped at her door twice, and opened.

“Mathabo ngwanaka. I’m leaving,” she said, standing next to the bed. Mathabo snored, tossing as if she was dreaming.

“My poor child. I don’t know what to do anymore. If only her father could come to his senses and return. God … what are you showing me?” she said quietly, kissed her daughter’s forehead tenderly, and left.

Mathabo digested what her mother said, her eyes still closed. So, her mother was willing to take her father back, just for her sake? She wished there was something she could do to make that possible.

After a time, she fell asleep, but bad dreams clouded her mind. She was dreaming about her own funeral, locked in a coffin, sinking down into a big hole. Peter was calling her name in the dark. She looked around but couldn’t see him.

“Mathabo! Mathabo!” Peter called, shaking her shoulder. Mathabo opened her eyes quickly, scared. “Come on babes. Wake up. We will be late,” Peter continued with a smile.

“How did you get in wena, Peter?” Mathabo was astonished, rubbing her eyes.

“I knocked but you didn’t answer. The door wasn’t locked. I think you should be careful, babes. What if it was someone dangerous?”

Mathabo hauled herself from the bed. “Oh! I fell asleep as soon as Mma left,” she yawned. “You said we will be late. Late for what?”

“Clinic babes,” he took her hand, kissed it and squeezed it gently.

“I think we must do the HIV tests together. I love you, babes. I really do and I hate to see you suffering. Let’s go to the clinic together.”

At first, Mathabo was against the idea but Peter was relentless. She finally saw it was the right thing to do, if nerve-wracking.

As they headed to the clinic, Mathabo could see the fear in her boyfriend’s eyes too, and her own agitation mounted. All this was proof enough that Peter hadn’t used a condom with Kedibone.

Mathabo felt her heart skip when she heard that voice. It was her father, also entering the clinic! What should she do? Tell him the truth or run away?

Well, Peter didn’t give her a chance to decide. He realised that she was panicking and burst out, “We’re here to take the tests, Sir. I’m her boyfriend.”

For a moment, they all fell silent, eyes locked. Mathabo couldn’t believe Peter had said that.

“Oh …okay!” Mathabo’s father muttered, lost for words, and shuffled towards the entrance.

“How could you do that wena, Peter? That man is still my father. How will he take me now?”

“If he loves you, he will be happy to see how responsible you are. Well, unlike him. Did you see that gash on his head?” Mathabo nodded, silently. “I think he was fighting with that girlfriend of his again. Phela, I heard that Kedibone and her mother gave him a hiding.”

Peter’s words cut through Mathabo’s heart as they all sat queuing. Her mind was roaming in a jungle of thoughts. The fact that her father was now being abused by strangers, whom he chose over them, made her sad. She wished he could just make peace with her mother, and come back home. Maybe it would help her deal with her ordeal, she convinced herself, preparing herself for testing positive. If she were to survive that she would need strong support from her parents.

“Mathabo and Peter … please come this side,” a woman in a blue and white uniform called. Everyone turned their eyes towards them. Judgemental eyes. She stole a look at her father to see if he was looking at her that way too.

He forced a sheepish grin and waved at her.

“I’m sorry sister. Can I invite my father in here too?” Mathabo interrupted, as the nurse was about to give them pre-counselling, their results in her hands. Both Peter and the nurse dropped their lips in surprise, gazing at her. “Please. I want him to be here. I’ll definitely need his support if I’m HIV positive,” she begged, holding Peter’s hands.

“If your boyfriend is okay with that, I don’t see why not. He is your father, anyway.”

Mathabo stared at Peter with begging eyes. He nodded and she immediately jumped to the door, beckoning her father with her head.

“First, let me start by applauding you guys. You did what most people of your age find hard to do. You didn’t only decide to test … but you also decided to do it together. I’ve never seen such an intelligent and courageous young couple. Really, Sir, you must be proud of your daughter. I wish people could stop seeing HIV as a death sentence and be open about it.”

Mathabo’s father smiled and held his daughter’s hand. “Well, let’s get back to business. Your results are the same. It says non-reactive. That means you’re both HIV negative.”

Mathabo and Peter screamed with joy, simultaneously. They hugged and kissed.

“Okay! I’m sorry to spoil your joy. But you need to come back again after three months. We will be 100% sure then. Remember, the virus takes …”

“More than three months to be detected. We know. There is Life Orientation at school remember?” Peter interrupted the nurse with a smile. They all laughed.

Mathabo felt as if a heavy burden had been lifted from her shoulders as she unlocked the front door of her house, her father standing behind her, a white bandage wrapped around his bald head.

She swore that she would never repeat these mistakes again. She was going to use a condom every time she had sex from now on. No matter how much she loved the boy!

The fact that she had also tested negative for pregnancy, made her even happier.

And her father’s return? That was nothing but a cherry on top. Finally, everything was going back to normal. Who knew plain old ‘normal’ could be so good!?

Tell us: Would you be able to tell your parents about getting an HIV test? Is there still a lot of stigma and shame around HIV, or is the nurse right that we are more open about it now? 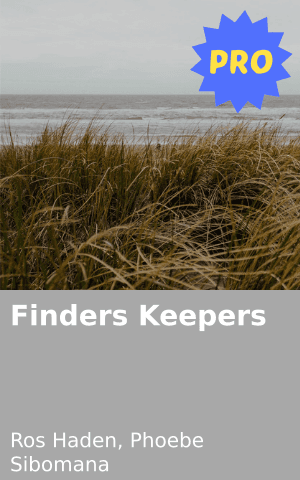 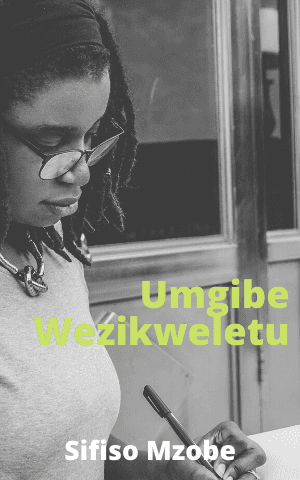 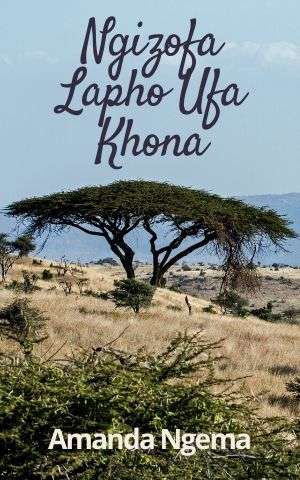 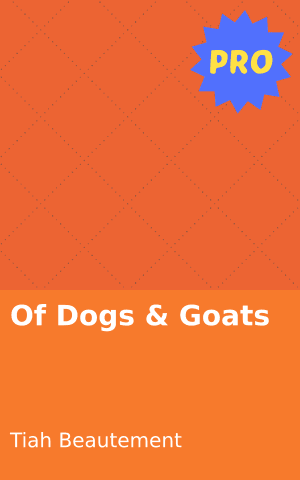 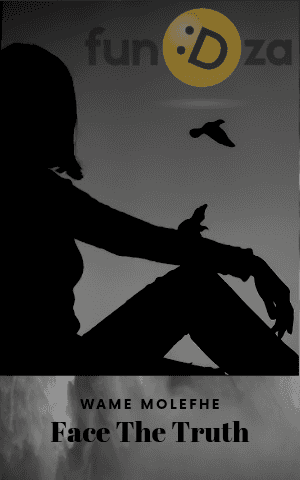 Face the Truth
Login to Comment
52 Responses
I think they is no need to be shy about your status...a special in your parent's. ..they are the one who will alert and remind you about your medication...
nuke · 3 months ago
What a twist & beautiful ending. I learnt there's light at the end of the tunnel. We all learn from our mistakes and grow from them
FEDA · 3 months ago
We are More open about it now.
Mtibza eM · 3 months ago
Wow, this story has taught me alot about life. I really loved, so much that i had to finish it. Though everything looked like it was going down the drain, i has given me hope for the future. This is by far one of the best stories i have ever read, i thank the Author for writing such a beautiful story. And to answer the question whether or not we should test for HIV, i think it is important to test every after one month for the virus, especially if you frequently have sexual relations with a partner for your and their safety. And there should not be any stigma or shame around HIV, but we should encourage people not to have many sexual partner but to have one faithful who is open and ready to talk or even go for HIV testing. I really enjoyed reading this story and i hope you will publish more of the Heart touching stories. Your Faithfully Mr. Heart💖
Mr.Heart · 3 months ago
Good story and a happy ending🤗
Isi_Phile · 4 months ago
Load More
Go to Library