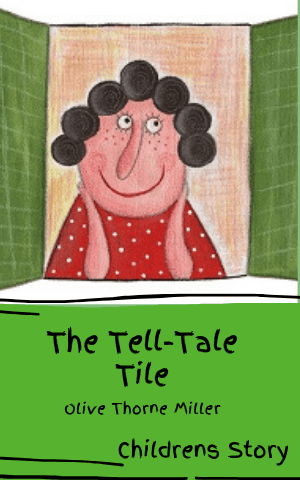 It begins with a bit of gossip of a neighbour who had come in to see Miss Bennett, and was telling her about a family who had lately moved into the place and were in serious trouble. “And they do say she’ll have to go to the poorhouse,” she ended.

“To the poorhouse! how dreadful! And the children, too?” and Miss Bennett shuddered.

“Yes; unless somebody’ll adopt them, and that’s not very likely. Well, I must go,” the visitor went on, rising. “I wish I could do something for her, but, with my houseful of children, I’ve got use for every penny I can rake and scrape.”

“I’m sure I have, with only myself,” said Miss Bennett, as she closed the door.

“I’m sure I have,” she repeated to herself as she resumed her knitting; “it’s as much as I can do to make ends meet, scrimping as I do, not to speak of laying up a cent for sickness and old age.”

“But the poorhouse!” she said again. “I wish I could help her!” and the needles flew in and out, in and out, faster than ever, as she turned this over in her mind.

“I might give up something,” she said at last, “though I don’t know what, unless—unless,” she said slowly, thinking of her one luxury, “unless I give up my tea, and it don’t seem as if I COULD do that.”

Some time the thought worked in her mind, and finally she resolved to make the sacrifice of her only indulgence for six months, and send the money to her suffering neighbour, Mrs. Stanley, though she had never seen her, and she had only heard she was in want.

How much of a sacrifice that was you can hardly guess, you, child, who have so many luxuries.

That evening Mrs. Stanley was surprised by a small gift of money “from a friend,” as was said on the envelope containing it.

“Who sent it?” she asked, from the bed where she was lying.

“Miss Bennett told me not to tell,” said the boy, unconscious that he had already told.

The next day Miss Bennett sat at the window knitting, as usual—for her constant contribution to the poor fund of the church was a certain number of stockings and mittens—when she saw a young girl coming up to the door of the cottage.

“Who can that be?” she said to herself. “I never saw her before. Come in!” she called; in answer to a knock. The girl entered, and walked up to Miss Bennett.

“Are you Miss Bennett?” she asked.

Miss Bennett started, and her colour grew a little brighter.

“Yes, if you please,” said Hetty, taking a chair near her. “I came to tell you how much we love you for—”

“Oh, don’t! don’t say any more!” interrupted Miss Bennett; “never mind that! Tell me about your mother and your baby brother.”

This was an interesting subject, and they talked earnestly about it. The time passed so quickly that, before she knew it, she had been in the house an hour.

When she went away Miss Bennett asked her to come again, a thing she had never been known to do before, for she was not fond of young people in general.

“But, then, Hetty’s different,” she said to herself, when wondering at her own interest.

“Did you thank kind Miss Bennett?” was her mother’s question as Hetty opened the door.

“And stayed so long, too? Whatever did you do? I’ve heard she isn’t fond of people generally.”

“We talked; and—I think she’s ever so nice. She asked me to come again; may I?”

“Of course you may, if she cares to have you. I should be glad to do something to please her.”

That visit of Hetty’s was the first of a long series. Almost every day she found her way to the lonely cottage, where a visitor rarely came, and a strange intimacy grew up between the old and the young. Hetty learned of her friend to knit, and many an hour they spent knitting while Miss Bennett ransacked her memory for stories to tell. And then, one day, she brought down from a big chest in the garret two of the books she used to have when she was young, and let Hetty look at them.

One was “Thaddeus of Warsaw,” and the other “Scottish Chiefs.” Poor Hetty had not the dozens of books you have, and these were treasures indeed. She read them to herself, and she read them aloud to Miss Bennett, who, much to her own surprise, found her interest almost as eager as Hetty’s. 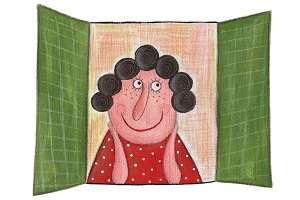 Tell us: Are you enjoying this story so far?