The pouch of gold 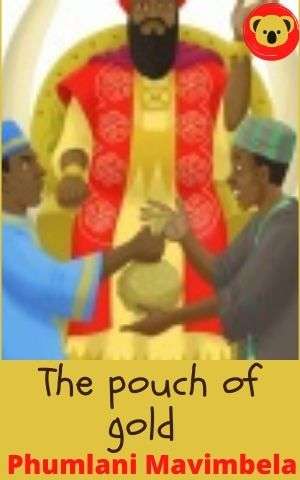 One morning a homeless man woke up. He had spent the previous night begging for food, but no one had shown him any kindness. His stomach was growling because he was very hungry. Desperate to find food, he walked through the village market begging merchants for their leftovers.

“Please … please … It’s been two days since I have eaten. Please give your leftovers to a poor homeless man,” he pleaded. 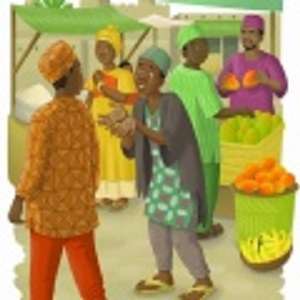 But most people pretended he was invisible. Those who saw him, threw rotten fruit at him and called him names like “street rat” and “slum dog”.

After many tries and many insults, the man decided to go scratching through a nearby rubbish dump, hoping he might find food there. While he was searching through piles of old rubbish, he suddenly saw a small leather pouch that was tied at the top with string. He picked it up and opened it. It was full of gold coins! With a heart filled with joy, he counted his treasure.

“One, two, three … a hundred gold coins!” he said when he had finished counting. “This will feed me for the rest of my life.”

As the man ran back into the market place looking forward to having a full stomach, he heard a merchant shouting, “Listen everyone! I have lost my pouch of gold coins and I will reward anyone who brings it to me!”

The homeless man had a kind heart and he felt bad for the merchant. He decided to do the right thing.

“Is this the pouch you have lost?” he asked, holding up the pouch he had found.

“Oh my, you’ve found it!” said the merchant taking the pouch and counting the gold coins inside.

The homeless man waited a while then he asked softly, “Sir, you said something about a reward?”

“Reward?” scoffed the merchant. “Why should I give you a reward? You have already stolen some of the coins!”

“I have not taken anything from the pouch. Please, can I have the reward you promised?” asked the homeless man.

“The pouch I lost had two hundred gold coins in it. Now it only has a hundred coins. You have already stolen more than your reward,” said the merchant angrily.

“Please, sir, I have not stolen anything,” explained the homeless man. “All the coins are in the pouch, exactly as I found them.”

“Go away, before I call the king’s guards to arrest you,” shouted the merchant.

“I may not seem like much to you, but I am an honest man,” said the homeless man. “Call the guards and I will prove myself before the king.”

“What can I do to help the two of you?” asked the king when the merchant and the homeless man were standing in front of him.

< previousintronext >
Login to Comment
42 Responses
Nice people
Snapy Simelane · 3 weeks ago
hmm the merchant... Nice people are treaten badly
nombuso Blose · 4 months ago
wow ,nice and interesting
Ona queen m · 5 months ago
Lol
·M Jay · 6 months ago
That is a nice guy but they treat him like 💩 💩
khethelomejziwa10@gmail.com · 6 months ago
Load More
Go to Library