The best street in the world 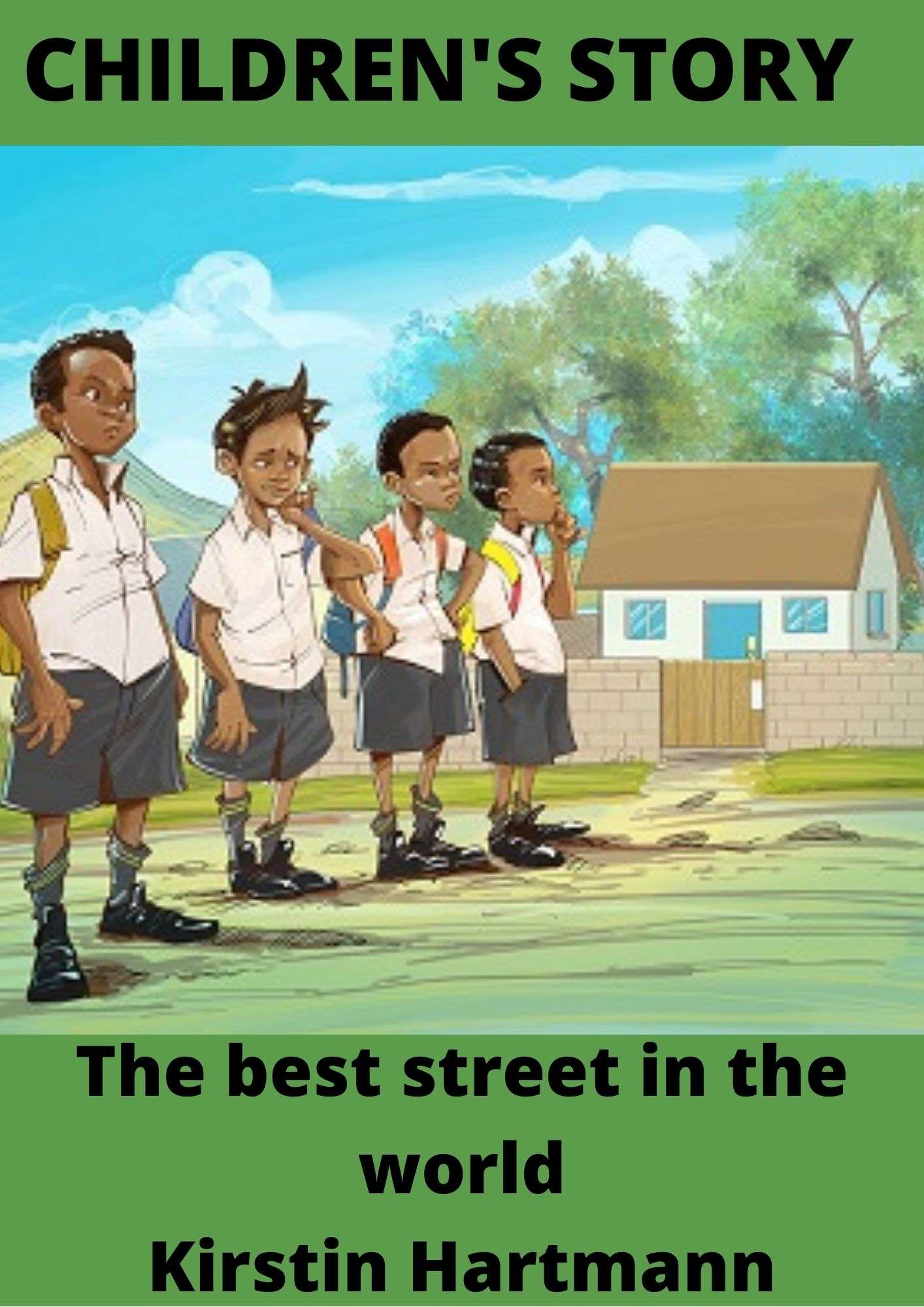 Long Street was wide and long. In summer, when Sonny and his friends walked home from school, their shoes were covered in dust. In winter, their shoes squished with mud and water. But during the school holidays, no one cared if the street was dusty or muddy.

Long Street was where Sonny and his friends played cricket. Everyone came outside to watch and no one complained if a ball went into their garden. No one that is, except for Mr Peterson.

“These holidays we’ll have the best cricket matches,” said Sonny as they walked home one afternoon.

“Thumi? What do you say?” asked Sonny.

“But what about HIM?” asked Thumi. He pointed to Mr Peterson’s house. “Jack has already broken one of his windows.”

“What about YOU?” said Jack. “You’ve already hit two balls into his garden.”

They knew that if they hit or threw a ball over Mr Peterson’s wall, they would never, ever see it again. If their ball rolled under the gate, it was his dog, Shikisha, who took it. They stared at Mr Peterson’s house. He had been in such a bad mood the last few months.

“Have we got a cricket ball? I thought he had them all,” said Thumi.

“I’ve got one,” said Jack and smiled, “so let’s plan the best cricket match EVER.” 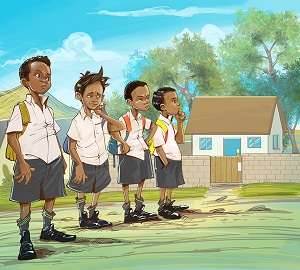 On the last day of school, Sonny couldn’t wait to get back home to play cricket. He was so excited, he even waved at Mr Peterson, but Mr Peterson just ignored him.

“Hi, Mom,” he called as he came inside. His mother was reading the newspaper. She was excited.

“Hello, my boy,” she answered.

“Listen to this. It’s wonderful. Long Street will now go all the way to the new shopping centre. At last there will be buses and bus stops. BUT …” she said, “this also means there will be no more playing in the street.”

“WHAAAT?” Sonny’s heart sank right down to his shoes.

The match had already been planned! He walked back outside and sat on the front steps of the house grumbling. A loud noise made him look up. Mr Peterson was on a ladder, making his front wall higher by adding more bricks.