Queen of Soweto: The story of Basetsana Kumalo 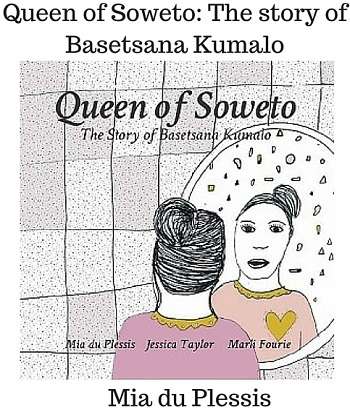 Bassie’s mother was her role model. Bassie described her mom as a “fierce, hardworking Xhosa woman who did not suffer fools”. She was a teacher and Bassie had plans to follow in her footsteps, but things don’t always go as planned! After winning Miss South Africa, she became a TV presenter. She wasn’t a teacher, but like her mom, she was
hardworking. Her career in TV led to her opening her own television production company. She was now a successful business woman. Bassie’s motto is: “To whom much is given, much is expected.” She believes that you are given a gift so that you can give to others. Bassie does this by volunteering, giving of her time and money and even creating jobs. She is involved with projects and charities to help people in her community. One that is very close to her heart is the Nelson Mandela Institute.

< previousintronext >
Login to Comment
8 Responses
Wow
Ona queen m · 2 months ago
True beauty lies within draw all your loved ones close to God through your Christ like character.
Innocencia Xikhongelo · 3 months ago
She his a good personality
Precious mpho · 3 months ago
Dear God plz send me o Lord I want to be a successful
ntokozowendy590@gmail.com · 9 months ago
@Othabetswe you are also beautiful just the way you are. There may be girls who are beautiful like Bassie but know that there is no girl who is beautiful like you. You are pretty just the way you are. Never want anyone's life or even compare yourself to others because we are all born to make different choices and we all have different talents. We are all different
Rainbow Hope · 9 months ago
Load More
Go to Library