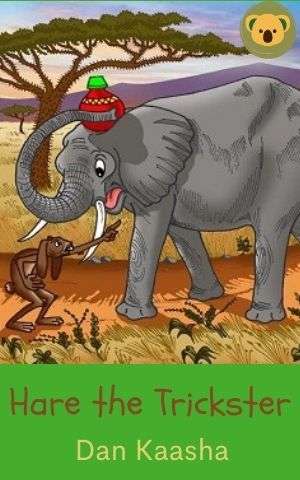 One day, Hare was out looking for food. He met Elephant, who had a pot of honey. Hare asked Elephant, “Please be kind and carry me. I am weak.” 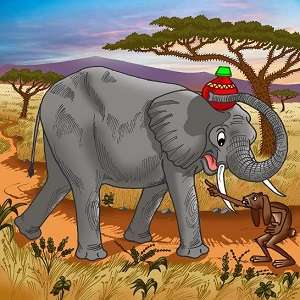 Elephant agreed to carry Hare. Hare got onto Elephant’s back and held on tightly. He started eating Elephant’s honey straight away! 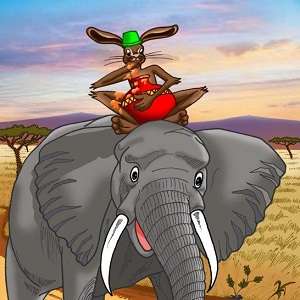 Honey began dripping on Elephant’s back. When Elephant asked what it was, Hare said that it was from his wound. 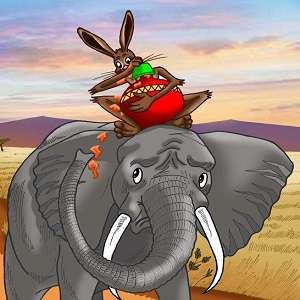 They reached a river and found a large buffalo drinking water. 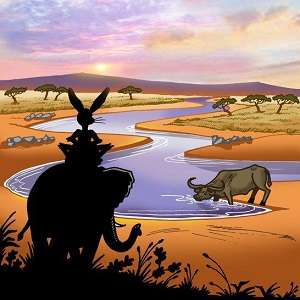 Hare wanted to know who was stronger, Buffalo or Elephant. 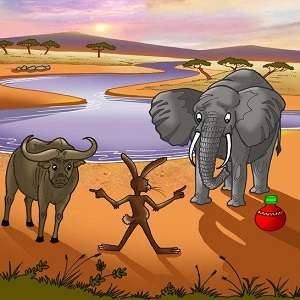 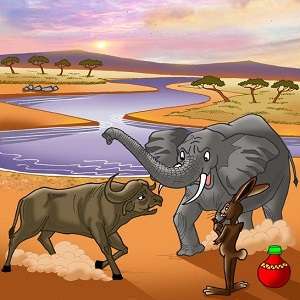 Hare said he had an idea how to find out who was stronger. He asked them to wait for him there. 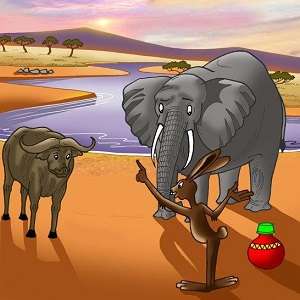 Hare came back with a long rope. He tied the one end around Elephant’s waist and led her away from the river. 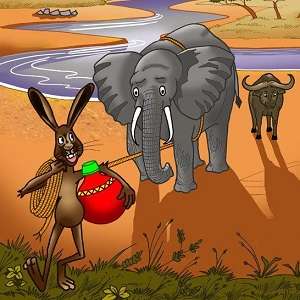