Lion tore off a piece of Hyena’s skin and gave it to Billy-goat.

Billy-goat dipped the skin into the honey pot and offered it to Lion.

“Chew it, but you must not swallow it,” Billy-goat told Lion. 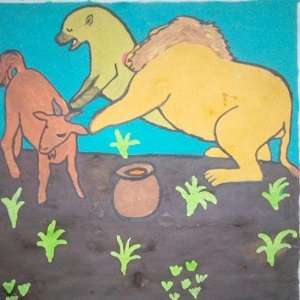 Lion chewed the hyena skin. It was so sweet and delicious that he swallowed the piece of skin.

So, Lion took another piece of Hyena’s skin. Billy-goat dipped it into the honey and gave it to Lion.

Lion chewed and swallowed the skin each time. 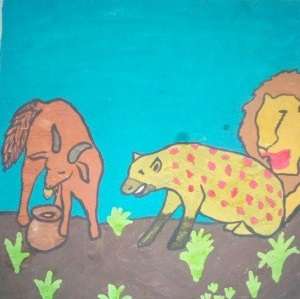 Hyena managed to sneak away while Lion was busy chewing. Most of Hyena’s skin was torn off in spots.

When Lion swallowed and looked up, Hyena was gone. 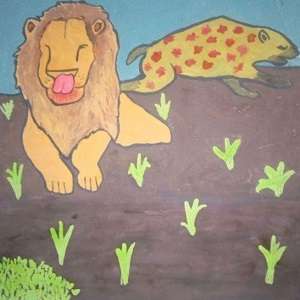 Lion returned to the cave, but he did not meet Billy-goat.

Lion pursued and caught up with Billy-goat as he was about to jump the fence into Ganhwa village. 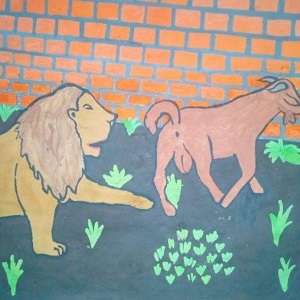 Lion reached out to grab the Ganhwa charm swinging between the legs of Billy-goat.

He caught only the tail.

Billy-goat escaped into Ganhwa village, but some of his tail remained in the Lion’s claws. 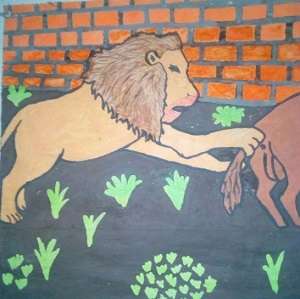 That is why today, goats have short tails and hyenas have spotted skin. 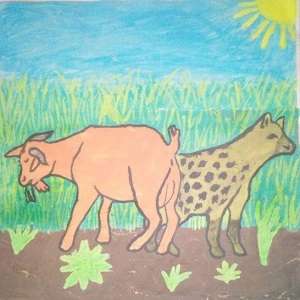 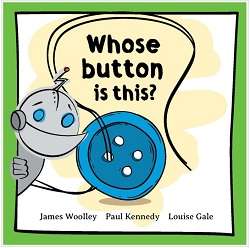 Whose button is this? 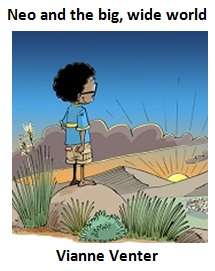 Neo and the big, wide world 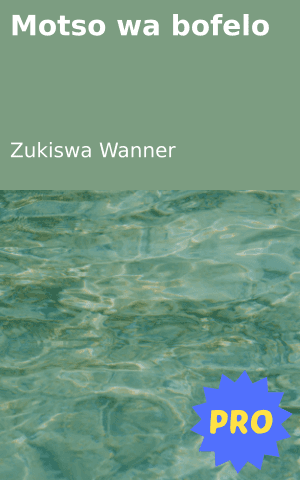 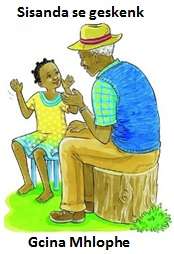 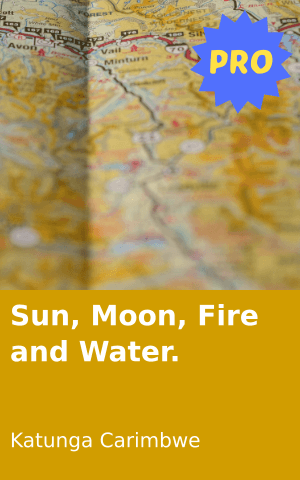