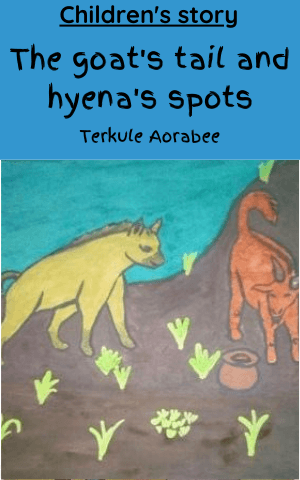 Once upon a time, Billy-goat lived in a fenced village. The name of the village was Ganhwa.

Goats then had long and bushy tails, like dogs and wolves. One day, Billy-goat went to the bush to get honey for his family.

As he was returning with the honey pot, rain began to fall on him. 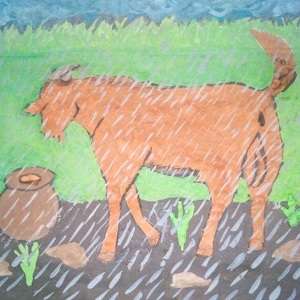 Billy-goat ran into a nearby cave to shelter from the rain. As he entered, he saw Hyena!

Goat was scared, and put down his honey pot, ready to run away 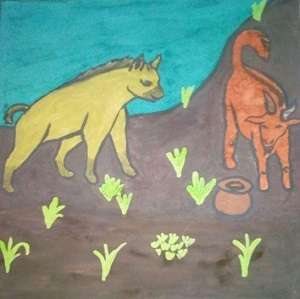 At the same moment as Hyena moved to attack Billy-goat, Lion ran into the cave! Billy-goat was so afraid that his head shook and his body shuddered.

At once, all the water on his body flew off onto Lion and Hyena. 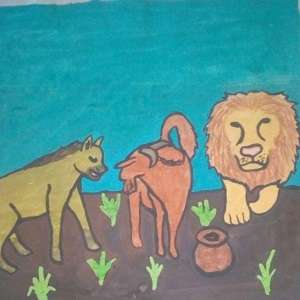 “I use this charm called Ganhwa,” Billy-goat said, pointing to his testicles.

“That’s nice! Make one for me,” Lion demanded. 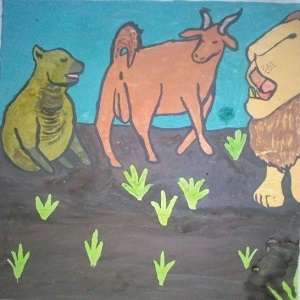 “We need fresh hyena skin, which must be chewed to become soft,” Billy-goat said.

Hyena tried to escape but Lion was close to the mouth of the cave. 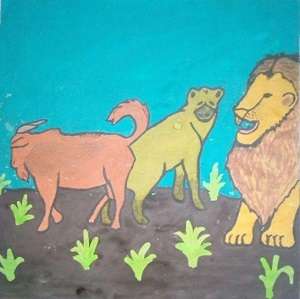