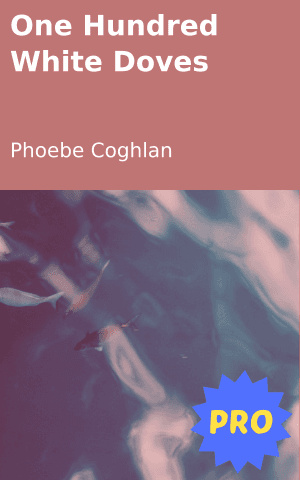 “Grandad, what else did the greedy tigers do?” Leila asked.

“The tigers caught all the doves and put them in cages to take back home with them. A few tigers stayed to guard the big, grey wall with their sharp teeth and sharp claws. They were like the police, and they did not let any leopards climb across the wall to the good side of Callipso Island. We became trapped leopards.” Her Grandfather bowed his head. “That day was our catastrophe.”

“Didn’t the lions do anything?” Leila asked.

“Lions are the most powerful cats. They live far away in magnificent palaces. But they keep themselves to themselves and do not care about a little island like Callipso Island.” Grandfather sighed. “The problem is, we are all cats, but some cats are big, fat cats who are greedy and forget to be kind.”

“That makes me sad, Grandad.”

“Do not be sad. Do not think about what you don’t have, but think about what you do have. You don’t need money to be happy.” Grandfather continued… “We still have the beach. We can watch the sun rise every morning. We still have our imagination. We can play dot to dot with the night’s sky and dream up pictures between the stars. We still have our voices. We can sing beneath the moon and dance in the summer sun. We do not have pencils but we can take the chalk from the sand and we can draw our thoughts across the land.”

The next year, Leila turned eight. On her eighth birthday, Charlie already stood waiting for her at the bottom of the olive tree. This year he bought her a pallet of paint and some brushes. He wrapped them in wrapping paper and attached the parcel to his football, which he chucked over the wall, towards the olive tree for Leila to catch.

Leila loved her present. She had never seen paint before and was amazed by the brightness of all the colours. She had only ever drawn with chalk and chalk only ever came in crumbly white or grey.

This time Leila was not sad when her family could not afford to buy her a present. She felt more grown up now that she was eight. Her father walked all day again to collect strawberries, but because the weather was bad, all the strawberries were mouldy.

Leila’s father was sad that he had not been able to get his daughter anything special. He decided to climb the wall at sunset to see if he could find some cake or strawberries on the cheetahs’ side on the wall. He was very brave.

The tigers and cheetahs on watch saw Leila’s father jump over the wall. They pounced upon him. They cut his flesh with their sharp claws, and bit through his fur with their sharp teeth. Then they dragged him back through the heavy grey gates to the leopard’ side of the wall.

Leila’s father was bleeding badly. He limped back to his den, and Leila and her mother spent the night licking his wounds better. That night, the tigers and grown-up cheetahs prowled through the leopards’ land. They were angry, and they wanted to make sure no leopard ever tried to cross the wall again.

The leopards were scared of the tigers and cheetahs, so they stayed inside their dens and blew out their candle light. The tigers patrolled and growled until the sun rose in the morning. Only then did they return to the cheetahs’ side of the wall.