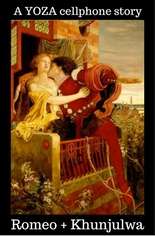 I, Simphiwe Zuma, affirm that the statement below is a true record of the events of the 29th of December.

I am one of the security officers at the City Morgue. At around 11.00pm I heard a banging on the front doors and went to look. We often have to deal with people who are not themselves and so we try and help if we can. At the door was a young man who seemed familiar. I thought I recognised his face from somewhere so I believed him when he said he was a Doctor. I opened the door and let him in. As he came in he dropped something on the floor and I bent down to pick it up. He must have hit me with something then because next thing I knew was that I was tied up behind the desk. Since the recent troubles we have been issued with firearms and I could feel mine had been taken. He must have been in a hurry when he was tying me up because he didn’t do a very good job of it. I managed to get my hands free and was untying my legs when Bishop Lawrence appeared. He seemed frantic and kept asking me “was she alive?” I thought he was drunk then we both heard a gunshot. I told the Bishop that it must have come from the young man. “What young man?” he asked. I told him, “The one who robbed me”. He fell to the floor and just kept screaming: “No please no what I have done” and things like that. He was so out of it he really scared me and so instead of going to see about the gunshot I ran into the street and radioed for help. Later one of the officers told me that two people had killed themselves inside.