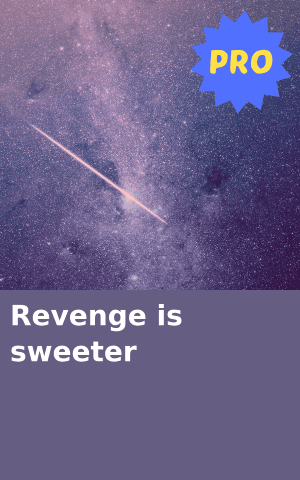 Ok, you might find it hard to believe this, but I had fun last night.

I deserve it, don’t I? It’s not every day that one has this tiny house all to herself. So I decided to grab the opportunity and make the best of it.

As soon as mom said: “Zinzi I am leaving for Port Elizabeth today…” crazy ideas crept into my mind. I was hardly listening when she was giving orders of what I must and mustn’t do.

“Zinzi are you even listening to me?” I nodded like any obeying daughter would, “what’s the smirk on your face for then?”

As soon as she was out of the door, ‘nothing’ happened. Tee entered the gate, followed by Noxy (can you believes?). Yes, I called her and she was ready to come. I guess it was excitement that made me call her. And I guess she had nowhere better to go.

Bitterness is like poison – I can’t live with that inside my heart. I can rather share the love that comes naturally from my heart. But well, Noxy and I are cool now.

We booked a movie and bought some wine, and some juice for Tee. Sim spent the night at a friend’s house.

I watched, as two people who knew my inner most intricate self, chatted and giggled like they were friends since the beginning of time. But that’s the thing about Tee; she can easily make friends with pretty much anyone without a hassle.

It was when Noxy noticed that Tee was drinking juice that I started feeling nervous.

Thing is, Noxy and Tee are not really friends. They are practically strangers who have one thing in common – me. So for Noxy to know Tee’s little troubles – soon to be ballooned up troubles in a couple of months – was not something I wanted to witness. I was tipsy. And tears and alcohol don’t go well together.

But Tee is just something else; out of this world. She told Noxy!

I must say I was relieved she did. Otherwise I would have an issue on my hands: Noxy digging for the truth and I having to protect my best friend’s secret. I would be torn. I hate being conflicted.

I was also glad that Noxy was there. Coz Tee started crying after she told her. I guess the whole thing is still fresh and as strong and solid as Tee tries to be, it is bearing its toll on her. Tee doesn’t want people to feel sorry for her so she carries her own burdens.

“Every dog has his day,” Noxy said as she hushed her.

And as I sat there and watched the two young women, one a pillar for the other, I got a light-bulb moment. And like some sick, twisted play, Noxy confirmed my thoughts.

“You know what I am reputed for, snatching men,” it must have been the wine that made us think alike. Or we were still connected somehow by an invisible bond.

It made me think of our childhood mischief. And too top it all, Tee, although reluctant, supports the idea of showing Simphiwe (who we shall from now call ‘Operation Vengeance’) who runs the world.

We can’t wait to have the last grunt-like laughter.

Dish it: What’s the most evil thing you’ve done in the name of revenge?

The Diary of Zinzi Zwane

< previousread morenext >
Login to Comment
5 Responses
Stabbed my ex in return.{PP}
MISS+SASSY · 8 years ago
The stiletto is on the other foot
Makhosie · 8 years ago
/how to see if your boyfriend is cheating/
*..ff0005(H)Kazienator6(H)g. · 9 years ago
I want oscar storie
8-)lukho+8-) · 9 years ago
Y dnt they answer this year n university they told us about this june why?
ongezwa · 9 years ago
Go to Library