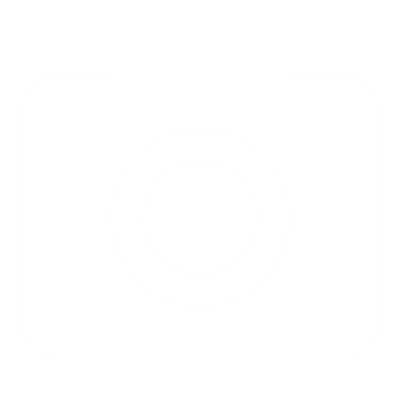 Soaking her sore swollen feet and enjoying a hot cup of tea was all that was on Gog’ Vatiswa’s mind as she sat in the Venture taxi. At 79 years of age, standing in a queue for most of the day to receive her Sassa grant was no fun. “This government really doesn’t care about us senior citizens,” Gog’ Vatiswa grumbled as she eyed the banana peeking out of her tired little brown handbag – eating in public was a no-no for uGogo.

Gogo looked up towards the driver’s seat when she couldn’t understand why the taxi had stopped for so long after dropping off the young lady with a baby strapped to her back. The taxi driver, a young man old enough to be Gogo’s grandson, was wearing a bucket hat with no top. He was chatting up some child who should’ve been in school, as far as Gogo was concerned. Agitated by a hungry stomach Gogo said, “Yeeyi!” The smiling driver, now practically hanging out the window while chatting to the blushing young girl chewing the hell out of a chappie, casually glared back at uGogo and carried on.

Gog’ Vatiswa was about to protest when the lanky driver suddenly engaged the gears, pulled off slowly, and while looking at his distraction, licked the air as if enjoying an ice cream. “Sies man! Can’t you at least respect yourself, if you’re not prepared to respect your passengers?” Gogo asked. The driver gave uGogo a long look in the rearview mirror as they slowly made their way towards the last intersection before the Orange Farm taxi rank.

As usual, the pavements were teeming with the unemployed, drunkards, a few hawkers, and elderly folk making their way back from the local clinic –  or a mall meant to serve a largely poverty-stricken community. Gog’ Vatiswa first moved to Orange Farm in its early days, back in 1992. Her and many other residents had high hopes for this dusty township, but it would appear that poverty continued to stalk them even after almost three decades of democracy.

As Gogo neared her humble home she said “Ngicela ukuyehla!” The driver didn’t acknowledge the request to get off, and simply continued driving. “Yeeyi!” Gogo yelled. The taxi driver simply turned up the volume and started bopping his head to Amapiano. Gogo could not believe the insubordination of this disrespectful little bugger. She continued shouting in vain as she spotted Gugu standing on the pavement outside her gate chatting to a neighbour.

Eventually, the driver stopped about two blocks away and glared at a steaming old lady in the review mirror. He turned down the volume and simply said “Danko Magreeza!”

“Ini?! Today I’m going to teach you a lesson my boy! Ngizokufundisa isifundo you rubbish,” a hyperventilating Gogo yelled.

When the taxi driver eventually managed to open his door and escape, and the septuagenarian was left with nothing but the handle of what was her umbrella, she gathered her things and exited the Toyota Venture.

She was too angry to speak, so she just said “Ngiyabonga.” Hobbling around the back of the Venture she spotted the driver standing a few metres away, rubbing his aching body. She pointed at him with what remained of her navy blue umbrella, sweaty nose flaring like an enraged bull, and said “Next time jou swine… .”

That night Gogo enthralled Gugu over a hot cup of tea with her encounter with a rude little bugger who had no respect, while she soaked her aching feet.

“Luckily someone was smart enough to take the taxi’s number plates, so I reported him at the taxi rank offices” she explained.

“Of what?” a wide-eyed Gogo snapped back as she suddenly jerked her head in her granddaughter’s direction.

“Off getting hurt Gogo?” she replied.

“Izandla zami aziguli!” she clapped back. “My hands are not sick!” she repeated in the language of King George.

“Yoh!” Gugu laughed hysterically. “Remind me to never date a taxi driver,” she laughed some more.

“Or else… .” Gog’ Vatiswa held up the umbrella handle triumphantly.

Note: This second installment of Gugu’s Taxi Diaries is based on a true story, with some creative enhancements of course.

Tell us about a humorous or interesting incident you experienced on a taxi.

But What Does It Meme?

My ticket to freedom