Sexual harassment stories have been sweeping through social media, under the hashtag #MeToo. The hashtag is a reaction to sexual abuse allegations that have been levelled against American film mogul, Harvey Weinstein. Charmed actress, Alyssa Milano, asked her followers to reply ‘Me too’ if they had ever been sexually assaulted or sexually harassed. Within hours, millions of people from across the world were sharing gruelling stories about their ordeals.

South Africans joined in on the global conversation, which certainly opened wounds for the millions of women who have been raped and sexually harassed in a country where, according to the latest crime survey report released by Statistics South Africa, sexual crimes have increased by 117% since last year. Despite this, according to a study on sexual violence conducted by the Medical Research Council, only one in nine rape survivors report the attack to the police. This means that statistically, the 117% increase in sexual crimes is representative of less than 10% of sexual violence crimes reported.

To make matters worse, statistics further indicate that of the few cases that reach the courts, less than 5% result in a conviction. But there is more to sexual violence than numbers. These statistics tell us the numbers, but they do not tell the stories of the human beings behind the statistics. Human beings like me.

I was barely seven years old when my biological father first put his tongue down my throat. At the time, I was too young to comprehend what was happening. I thought that what he was doing was normal – that fathers kissed their daughters in that way. And then one day, a few years later, my father decided that putting his tongue into my mouth was not enough. While giving me a bath, he began to insert his fingers into my vagina. He did unthinkable things to me. But I did not tell anyone about it immediately.

It was only a few days later when my mother was reprimanding me about something, and yelling that I should go and stay with my father, that I finally blurted out that he was abusing me. Shocked, my mother immediately took action, taking me to the ward councillor, who subsequently drove us to the local clinic for tests to be conducted.

Young, scared and confused, I was subjected to the most humiliating and invasive tests by nurses who did not seem too interested in my case. Or maybe appearing cold was their coping mechanism in dealing with cases of 11 year old children who had been through such a traumatic ordeal.

We opened a case against my father. With the help of the Centre for the Study of Violence and Reconciliation and the Teddy Bear Clinic in Johannesburg, I underwent preparations for trial. The trial took just under a year. I had to miss days of school, give testimony of the sexual abuse that I had suffered in the hands of my father for many years, and during lunch break when I was not in the camera room, come face to face with my father at the shops where food was sold.

In the end, he was acquitted of the crime. The magistrate approached me and my mother while we were standing at the parking lot and with genuine compassion in his eyes, advised us to re-open the case when I turned 18.

That was my first encounter with sexual violence, but it was not my last. A few years later, shortly before my 15th birthday, I was gang-raped in my neighbourhood. Four men pinned me to the ground at an open field and took turns with me.

I must have blacked out, because when I came to, I was alone on the ground, in the most excruciating pain I had ever experienced.

A few days later, I confided in a friend what had happened. She informed my school principal, who took me to a clinic. The school offered me counselling. To this day, I remain grateful to Dr Daleen Alexandra, professor of psychology at Wits University, who, for many years after that, dedicated her time to helping me deal with the horror.

I did not report the gang-rape. I did not have the strength to go through another trial that I knew could end with an acquittal. After the trauma of the first trial, my faith in the criminal justice system was shaken. And though today I’m an advocate of reporting sexual violence, I know too well how dehumanising the process of reporting the crime can be.

I also know too well how this experience completely changes you as a person. Rape is the worst crime there is because unlike murder, where you are killed and then buried, with rape, a big part of you dies, and then you must continue with the motions of being alive. It is a nightmare to which no woman should be condemned.

Men in our society must know that their actions are damaging us in ways they will never comprehend. Many of us, even as we become successful in other aspects of our lives, remain crippled by the trauma of our experiences. Women in this country deserve more – more from the criminal justice system, more from the government and legislators. We deserve to not have our humanity battered.

* ‘One Woman’ is a postgraduate student who chooses to remain anonymous 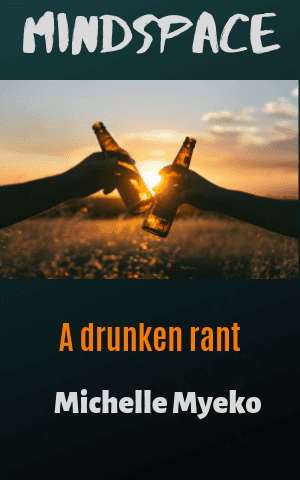 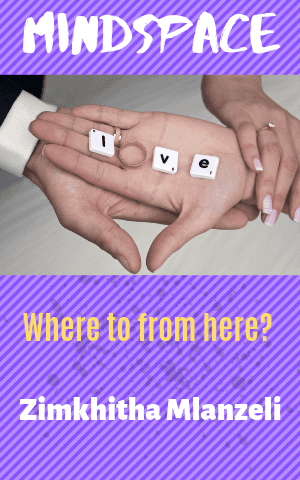 My mother is dying
Login to Comment
19 Responses
Speechless
Mtibza eM · 2 months ago
One thing I hate Is rape,it happened to me and I was going. Whenever I read about it ,it bring me back to my incident and I hate rapists I sometimes wish I could strangle them to death. The hatred I have for them is more and the fear of who will be the next victim drags me down
Chichi83 · 5 months ago
Rape is a very traumatic experience it can destroy a person in a way that you find yourself hopeless to regain your selfness I've been there to it did happened to me at the age of 13 and even last month my own brother almost did it to me again at this age am now 18 but I couldn't let this one slip away bcz the first one I faced difficulties to report it but to this one I knew what to do I opened a case of attempt rape now in my community am a bad person for that but am willingly to take a stand to women sexual abuse
Gugza maseko · 12 months ago
the only problem is too much walking at night
Reuben Chiyuka · a year ago
Rape is the main destruction for young people all over the world.In most common cases people are raped by those who are close to them like family members.The world we live in is a cruel world.There should be a death peanality for rape.#LetsFightAgainstRape #LetsProtectOurLovedOnes
Liz-lee · a year ago
Load More
Go to Library