Am I happy to live in a world where girls are called ‘things’? No, I am not. I wish for this to change, and to change now. I spend a lot of time with amajita, men, and, listening, and participating in our conversations. I get very concerned about how men talk about women.

I remember the first time I heard a girl being referred to as iweyi. Before then, I knew iweyi then to be a Xhosa slang word for a thing. I didn’t believe this was okay. This word we used for ii-takkie, a sound system, a bicycle. Things that don’t breathe, or have a life they decide on on their own.

Calling girls iiweyi will make us believe that we are humans, and they, objects. Things that feel no pain. Things that get life only when given by us majita. Thinking this way, I began to see how everyday language subtly makes its way to our minds. And then, our actions. I believe that there is a lot linked to how we talk about other people. And there are many many more of these words.

And, as boys growing we were made to hate being called anything close to what was thought to be ‘girl-like’. One day in the village I come from in the Eastern Cape, I was tackled by an older guy and fell on hard soil. As soon as tears rolled down my face I was called inkwenkwe eyileweyi (a boy that is this thing – as in girl). I was also called i-moffie.

Reflecting about this more, I found myself thinking that, calling girls iiweyi may make us believe that we can own them, that they are lesser than boys. But how can that. Be? I own myself only. Not any other girl, or boy.

You must have seen the news. Or have seen in your community what I saw in mine. The time to be asking questions has long passed. Girls are being raped, and killed. How we talk about people affects how we treat them. When will this stop?

Some of the guys I have spoken to have said that as long as it is not the one they will marry, they will carry on calling girls iiweyi. So, it looks like any girl who is not ‘marriage worthy’ is seen as iweyi. I would also ask, what about amajita who will not marry girls, as not all amajita will marry girls? Then I would get the look! And, what about those who will accept that marriage is not an option they will choose? I have heard the most rude responses when I probe like this.

Calling girls eziweyi has long started. The thing that makes me sad is that it is continuing. And so is, not accepting people who are different to us. We call them things. Yet we are all human.

And – there is another thing. Just as in us boys, some girls will marry other girls. Who are we to stop that?

I am a writer. One day I sat and allowed myself to be free, free in that moment. A character came to mind. She would be the main character of my short story. As I went on a journey with her, I saw that she is a lesbian. She, had a strong attraction towards another girl, a girl, ‘foreigner’ from Zimbabwe. But of course, she is more than just a lesbian. She is a person, unique in her own way. And I wrote about her, and the challenges she faced, in my story which I called In search of happiness. I dedicated it to all young girls – lesbian, gay, bisexual, transgendered or intersex, amajita included.

Shortly after my short story was published, a young girl, a lesbian girl was shot in front of her grandmother and niece in the township of Nyanga here in Cape Town. My body became numb when I heard the news. Why? But why?

It is on that day that I decided to work on a full novel with the same character from my short story.

On the publication of the short story and the novel, many around me felt this was not my fight. Some said it is not in the African culture for girls to date each other. Others said they doubt who I am, saying maybe I am gay myself. A lady I know well said she is not comfortable with me being friends with her boyfriend if I am writing this stuff!

There was also positive response. Some men and women felt this was an important topic to talk about as things are happening in front of our eyes. Are we going to just stand and watch?

It breaks my heart to live in a country where masculinity is associated with the bitterness of brutality towards girls. We should not box people according to their sex.

Majita, let us rise, and keep each other in check. Let us think about the words we use every day that take away from the dignity of people who are not the same as us.

You can read Sonwabiso’s short story In search of happiness here.

Tell us: how can we help each other be more careful about the words we use in describing other people? 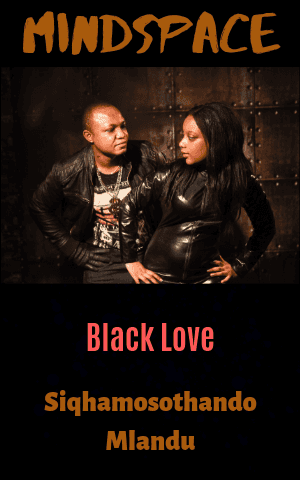 Black Love
Login to Comment
2 Responses
young girls are being killed on the streets everyday Old man amaTaxi drivers kidnapped,raped and burned a girl in Welkom past week ago We no longer even trust our partners anymore because we scared and think everyday that uKhathaza in them will rise from the dead
Rethabile Poonyane · 4 days ago
Keep it up man.. I love your work.. Last year I lost my friend she was raped and killed because she's a lesbian here in Philippi
Zeze99 · 3 weeks ago
Go to Library