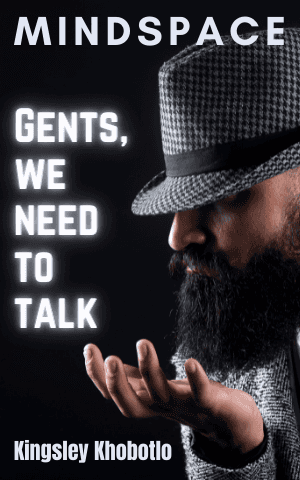 For my generation the year 2020 is not a year we will forget in a hurry. It was the year Covid-19 changed life as we know it. It was the year that major sporting events such as the Tokyo Olympics and Wimbledon were postponed. Suicide and depression numbers soared, and like many countries around the globe, South Africa was brought to its knees.

Maintaining whatever normality and routine I could was crucial, so going for a morning walk shortly after 6am on November 26, 2020, was supposed to be nothing out of the ordinary. Face mask on, chin defiantly up, I headed out. As I rounded a corner, less than a block from home, I was appreciating the beautiful weather and counting my blessings. On the other side of Freedom Road, walking in the opposite direction, I vaguely noticed a young women presumably coming back from work.

Although I was very much in my own headspace, I noticed a white Nissan Almera cruising down the road heading in the same direction as the young women. I didn’t think much of it. Until it came to a sudden halt a few metres down the road just over my left shoulder. The back door behind the front passenger seat flung open, and a man jumped out and ordered the young woman I saw earlier to get into the car. The armed assailant then proceeded to try and force her into the vehicle.

For a split second I wasn’t sure what was going on as I spun around towards the commotion. I noticed that two other men who were walking on the pavement a few metres behind her were equally stunned. The spine-chilling screams persisted. All I could think of was my two sisters. I wanted to believe with all my heart that if any of them, God forbid, were ever in such a predicament some Good Samaritan would intervene.

How many times have we heard a neighbour say, after a woman has been brutally killed, “we heard screams, but we didn’t want to interfere.” Or the countless stories of people being mugged at knife point on a busy sidewalk in the middle of bustling Jozi, while people simply carry on with their daily endeavors. What has become of us? When has such behaviour become the norm?

I’m no hero, and I hate conflict with every fiber of my being, but in that moment all I could think of was the women in my family… I’m an uncle to young nieces for goodness sake! I had to do something, so I turned to the two dazed bystanders on the other side of the road and said to them “Kumele simsize!”

I then started to yell at the armed assailants to let go of the frightened women whilst approaching them, unsure of what I would do when I got to them. Her petrified screams continued. No living human being with a heart could have ignored her cries.

As I got closer, one of the thugs turned the gun on me and asked me if I wanted to die. It all happened so fast that I couldn’t tell you what any of these criminals looked like, but when I saw the cold steel I quickly backtracked. What I wasn’t going to do was stop shouting, causing a scene. Hopefully that would be enough to at least draw the attention of sleepy neighbours.

At one point the young women was present enough to cling to a nearby fence, hugging it tight against her body, in an attempt to resist the now two men who were mercilessly pulling at her. There was at least one other occupant in the car, but the longer this went on the more likely they were to be caught, and this young brave soul was not about to surrender. Down the road a resident emerged from his yard and also started shouting at them to stop while running towards them.

Suddenly they let go of her. Without hesitation she ran and turned at the nearest corner. When the car pulled off, it looked like they were pursuing her to finish off what they had started, so I ran after the car. The woman came running back in our direction still screaming, tears streaming down her face. I didn’t know if they would do a U-turn, so I ran over to her just as another elderly man opened the small gate to let her into his yard. It turns out she stays outside the house where the attack began. They didn’t come back.

I explained to the resident what had happened while the elderly man was comforting the shaken woman. Another car gave chase, but he soon returned to report that he lost sight of the thugs a few blocks away. Another female resident and local member of the community police forum (CPF) took a detailed statement from me and reported the incident to the local WhatsApp group and relevant authorities for circulation.

With my heart pounding in my chest and erratic breathing, it was clear that I wasn’t going to finish my routine morning walk, so I turned around and went home to give thanks to the Lord for sparing our lives that day. I could still hear the woman’s screams in my ears for days to come. My nerves were shot.

For the next couple weeks I would find it difficult to sit because of the trauma of the incident. I would flinch at any sudden sound, leaving my heart frantically beating like a drum, and early morning walks would no longer be part of my daily routine.

What became clear to me, however, is that men can no longer sit back and do nothing while collectively our hands are dripping with the blood of women and children. We can no longer turn a blind eye, while the desperate screams of women ring in our ears and children are robbed of their childhoods.

Men, we need to stand up and be counted in the fight against gender-based violence through action. Do something, anything, but to do nothing is unacceptable.

Writer Michelle Myeko argues that we have a troubling relationship with violence. Read more here.

Tell us: What do you think men can do to help end gender-based violence? 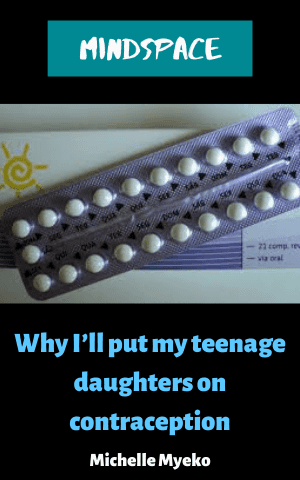 Why I'll put my teenage daughters on contraception 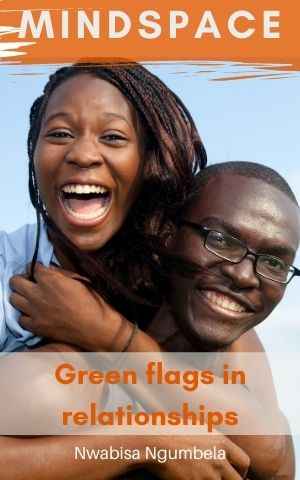 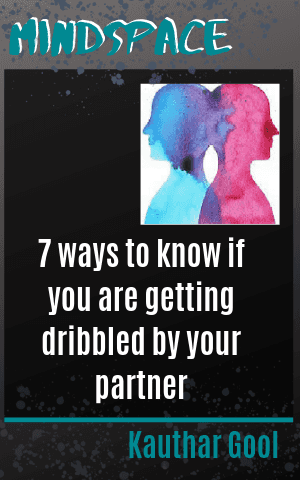 7 ways to know if you're getting dribbled by your partner
Login to Comment
12 Responses
They must come together and teach each other , how to treat women and how to protect them
terminater · 7 days ago
They must teach each other as men's and avoid abuse in all forms they must not promote it,also community black community has this thing of ignoring abuse so we have to be educated about it and stand against abuse
Zaza46 · a week ago
They must stop and protect woman and children
emabasa22 · 3 weeks ago
To respect women and make them their priority
Rosegelo · 3 weeks ago
To all those that have taken the time to read this personal story, I thank you. It does not advocate that we put ourselves in harm's way or act recklessly, but it does call on us, Gents, to start holding each other accountable and take action when we see, hear or know something to the very best of our ability. We, Gents, are sons, fathers, uncles, brothers and nephews... We have a responsibility to bring about positive change in this regard in whatever way we can. 🇿🇦
From The Tree Tops · 4 weeks ago
Load More
Go to Library