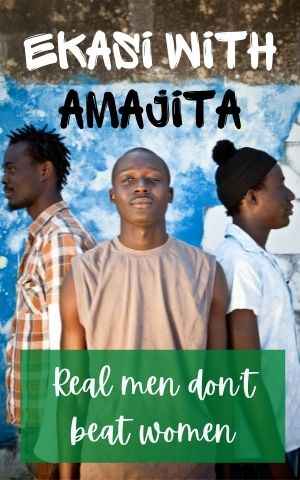 I was chilling with my friends on one Saturday afternoon when I noticed fingernail scratches on one of my friend’s neck and forearms. He told me, when I asked, that he had had an argument with his girlfriend and what I was seeing were her attempts at defending herself.

“If you don’t beat your woman she won’t respect you. Sometimes you need to remind her who wears the pants in your relationship,” he said proudly and our friends agreed with him unanimously.
I would some other days hear that this guy had beaten his girlfriend in the presence of our friends and they would just watch. I had a different opinion from my woman-beater friend and found myself having the following talk with them.

This made me think of the first and last time I raised my hand on a female. I still remember it vividly to this day. It was in 2005 and I was doing grade 5. I had a crush on this girl who was in another class but her best friend was in our class. All my friends had girlfriends already.

I lied to my friends and said the girl who was in another class was my girlfriend when they mocked me for not having a girlfriend. The girl who was in my class overheard me and told her friend that I was telling people we were dating. My crush confronted me in front of the friends that I had lied to.
Outraged and humiliated, I slapped the girl who told my crush about the lie that I had told my friends. That day my class teacher gave me 5 lashes with a one-meter-long thin, orange water pipe.

“You will never hit a girl again, Matshebelele. If she makes you angry hit her with a handkerchief or a toilet paper,” my teacher said repeatedly with every lash he gave me. This lesson was nailed to my head. Now if I get angry during an argument with a woman, I walk away.

Bafethu most of the men who beat women like they are beating other men, always lose when they are fighting with other men. Beating up a woman doesn’t make you any stronger but makes you weaker. In my understanding, you are always protective of the people you love. So, how do you hurt the person you are supposed to be protecting? Remember bafethu, none of you would be here today if it weren’t for a woman – your mother.

The number of women who are killed by men in South Africa is on the rise. Sometimes it starts with a slap across the woman’s face and the guy’s friends say “Good! she deserved it my guy” and ends with a woman’s body inside a coffin.

Ekse majita, when are we getting tired of seeing “Am I next” on social media and placards outside courts of law? Does it have to be your sister, daughter or any member of your family before you start treating women like fellow human beings they are?

Majita, if you know every time you are angry with your woman or any other woman you beat her, please stop. That’s not ayoba brul yaka.

Some of you grew up watching their fathers beat their mothers to a pulp. You know how bad and helpless you felt when you couldn’t defend your mother from your father. Save your children from the same agony. Don’t repeat your father’s faults.

Normally, when I am talking with my friends, we compete with opinions. We always feel the need to defend ourselves when we feel attacked. That day however, there was absolute silence until I finished talking. The friends who had agreed with my friend’s faulty behaviour began agreeing with me. I remember one of my friends saying to the guy who was proud of beating his girlfriend, “If you beat her again, we will kick you so bad you will never beat a woman again.”

That day I was proud of myself. Proud that I may have saved another woman’s life from the hands of a fellow man. Nawe mfethu, do the same. Let us support women in a fight against gender-based violence.

Tell us: What can we do to stop gender-based violence in South Africa? 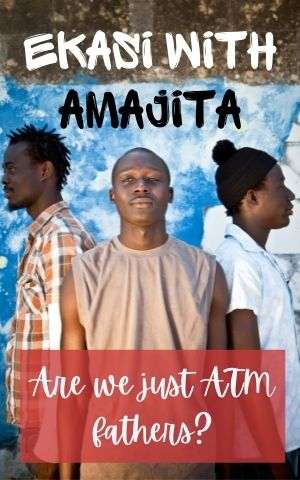 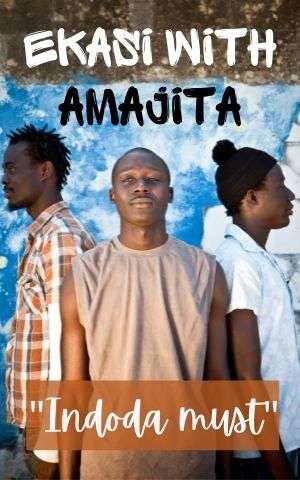 'Indoda Must'
Login to Comment
41 Responses
Yes baby he is wrong
MELINAKHE · 6 days ago
We must find way to deal with this in our country. Because this not good
Xolani25 · a week ago
The only way we can stop gender based violence is by men educating themselves and making it a not that beating a women is not a solution,a women is a precious gem that have to be taken care of.Also,I think the perpetrators should be sentenced with a life imprisonment so they can learn their lesson.
Pama18 · a week ago
To stop gender violence in south africa we need to teach male kids how to traet a women from primary school and also remind them how important a women is into a male life ...i think by this way it will make gender violence in south africa a history.
Benji benji · a week ago
Beating females looks stupid to me and i discourage it
segun mighty · a week ago
Load More
Go to Library