Sarah was so excited to see her little newborn cousin. She rushed through the door to her aunt’s room but stopped dead in her tracks when she saw her aunt crying hysterically. Later that evening Sarah’s mom explained to her that her aunt was suffering from postpartum depression. Sarah was confused and didn’t understand what her mom was saying, so she did what any 13-year-old teen would do – she used the internet to learn more.

New mothers can experience mood swings, anxiety, crying and difficulty sleeping; this is all part of the process of bringing a life into this world and sometimes it can be overwhelming. However it is normal to experience these feelings and it’s referred to as post-partum blues.

When things become more difficult and long-lasting, it is referred to as PPD.

According to the South African Depression and Anxiety Group (SADAG) about 10 to 15% of South African women suffer from PPD in the first year after giving birth.

Sarah had assumed that all moms are happy when they give birth but now she is aware that it is quite normal to feel overwhelmed and a little irritable.

She also found that there are three different types of depression.

Postpartum blues
This is the irritable phase of postpartum, lots of crying and it lasts for several days. No treatment is needed as it goes away on its own. Rest and support is usually needed during this period.

Postpartum depression
PPD can be distinguished by the lack of sleep, irritability, laziness, lack of appetite, anxiety and highly impaired concentration and decision-making. Experts say that if this period lasts longer than two weeks then help should be sought.

Postpartum psychosis
This is the end of the spectrum. Symptoms include mental confusion, increased activity, hallucinations, and even threats to harm the infant. It affects about one in a thousand women. This requires immediate attention and in most cases hospitalisation.

PPD can affect any woman or girl. Sarah found out that young teenage girls can also experience PPD. They may feel that they can never do what they once did, they may feel sad and incapable of taking care of a baby or just overwhelmed.

Causes
There isn’t a single cause for PPD, however physical and emotional issues influence it.

The physical changes include a drop in hormones, such as oestrogen and other hormones produced by the thyroid gland. This drop in hormones can leave you feeling tired, sluggish and depressed.

The emotional issues can be derived from being too anxious about the ability to care for your newborn. You may feel less attractive, struggle with a loss of identity or feel like you’ve lost control over your life.

Treatment
• The best way to treat PPD is through counselling, which may include the spouse and sometimes the interaction between the mom and the infant.
• Women can also decide to take antidepressants. Their doctor would advise on the possible benefits and risks.
• Hormone therapy may help with drop in oestrogen, which may ease the symptoms of PPD.

Sarah knew that if her aunt didn’t get help, her little cousin would suffer. She came up with a list of contact details to help her aunt.

Sarah decided to write a note to her aunt and to all mothers. It spoke of how brave she thought her aunt and all moms are and how they’re still good mothers despite what they’re going through. She ended off with a quote by David Mitchell: “You say you’re ‘depressed’ — all I see is resilience. You are allowed to feel messed up and inside out. It doesn’t mean you’re defective — it just means you’re human.”

Read about how to deal with depression here

Tell us: How would you respond to someone suffering with postpartum depression?

Did You Know? There is a cure for Ebola 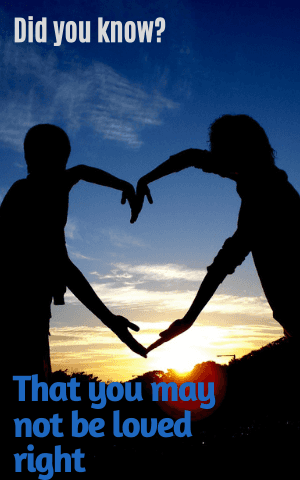 Did you know it's time to panic
Login to Comment
9 Responses
🤯
T.L.A · 5 days ago
Most of the time is when one is still pregnant and not ready.Instead of bonding with the baby,the mom won't feel any bond,love or caring towards the child.I wish for those who have pregnant or new mom's to pay attention to them so that they can notice or see if something is wrong.I advice our young ones to take of themselves and abstain from sex.
margaretramasala@gmail.com · 2 weeks ago
I would advise her to seek help immediately.This disease is real and our society don't talk much about it.When the young mom or older came across this disease they don't know what to do or how to deal with this disease because the society don't talk or to teach young moms about this.I wish there could be away or a platform where people receive info about this.
margaretramasala@gmail.com · 2 weeks ago
I would advise her to accept that she's a mother, because everything happens by the purpose of God and having a child it's a blessings from God.
Doris · 4 months ago
It start when you are pregnant and not ready for it.But for others it start after giving birth due to not being aware that they pregnant.To someone suffering with this I say"Fight to come back to reality, don't give up and don't lose hope.
Margaret8 · 7 months ago
Load More
Go to Library