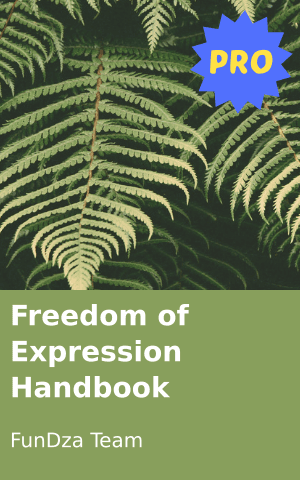 A Deputy Head takes learners to court:
In 2010 the first case of its kind, similar to that in the story, was heard in the Constitutional Court. Three Waterkloof High boys aged between 15 and 17 photo shopped the head of their Deputy, Mr Dey, onto a photo of two gay bodybuilders in a sexual pose. The image went round the whole school. The boys apologised and were heavily punished at school and still the Deputy charged them with defamation, loss of dignity and demanded damages. After a long process of judgements (with R45 000 damages awarded) and appeals the case reached the Constitutional Court. The Freedom of Expression Institute helped the boys, saying children had the right to freedom of expression, especially satirical expression. The Restorative Justice Centre also helped, saying the case should never have ended up in the formal court system. The majority of the Constitutional Court judges agreed it was defamation but reduced the fine to R25 000. However, Judges Zac Yacoob and Thembile Skweyiya disagreed. They said the case should have taken more account of freedom of expression and the defendants being children making a satirical attack on ‘authority’, not Mr Dey himself.

President Jacob Zuma v the media:
In 2008 the President sued The Sunday Times for R4 million in damages to his reputation, plus R1 million for injury to his dignity. He felt that a cartoon by cartoonist Zapiro had gone too far. It showed Mr Zuma about to rape ‘Lady Justice’ while his allies (such as Julius Malema at the time) held her down. However, the President reduced his claim, then late in 2012 withdrew the charges. Mr Dario Milo, for the paper, said: “This bodes very well for media freedom…It is to be hoped that he swiftly withdraws his other 12 live cases against the media. This will send out an important signal that the President respects the right of the media to criticise his conduct.” A Presidency statement emphasized that the cartoon was defamatory, but that the President believed a “balance should be struck in favour of constitutional freedoms” and that we should all rather be in “open dialogue”. Scandals (including a rape charge) before and during Zuma’s Presidency have made him the target of many artists, commentators and cartoonists.

Use of ‘kaffir’:
Several cases have come before the court and it is agreed that the deliberate, pointed use of this term by a person of a different race against a black person injures their dignity. This is called ‘crimen injuria’. For example, in 1999 a Mr Steenberg was sentenced to a R3 000 fine or six months imprisonment. Of this R1 500 or three months imprisonment was suspended for five years as long as he did not commit the same offence during that time. A recent case centred round the use of the term ‘hotnot’ too. Will we see use of ‘amakwerekwere’ brought to court one day?

Racism and hate speech in a pop song:
In 2002 Mbongeni Ngema and Universal Music were in court to defend the song AmaNdiya against a charge of hate speech. The Human Rights Commission had already laid a complaint and the Broadcasting Complaints Commission agreed that the song was racist and demeaning of Indians. Here is an extract: “Oh brothers, Oh my fellow brothers. We need strong and brave men to confront Indians. Indians have conquered Durban, we are poor because all things have been taken by Indians.” Even Nelson Mandela asked Ngema to apologise, but he refused, saying his song said what people really thought. Mr Ramesh Jethalal’s charge of hate speech was not upheld in court as the song had not caused anyone to physically harm Indians. The controversy raised an interesting point about the value of freedom of expression. Influential Indian businessman Vivian Reddy made news when he said he did not think the song should be banned. Here’s why: “Ngema has raised the Indian-African problem in an unexpected manner. He is talking about issues that should have been raised years ago.”

Hate speech against gay people:
In 2008 a journalist, Jon Qwelane, wrote an anti-gay Sunday Sun column headlined “Call me names, but gay is NOT okay”. Soon after, he was made Ambassador to Uganda. The Human Rights Commission meanwhile brought a hate speech case against him and in April 2011, he was found guilty. As the news tells us, gay people in South Africa actually are verbally and physically attacked and even murdered just for being the natural way they are: gay. Qwelane was told to publish an apology and to pay R100 000 to the Commission to promote gay rights. Instead Mr Qwelane has lodged a case to challenge this in the Constitutional Court. He says his right to free speech has been infringed. The Psychological Society of South Africa has joined the issue as a ‘friend of the court’ and will present research into how hate speech about members of the lesbian, gay, bisexual, transgender and intersex community harms them and wider society.

< previousintronext >
Login to Comment
2 Responses
We learn alot.
agathamologadi@gmail.com · 9 months ago
this is good..fundza is very hepful ;)
MISS+REGGAE · 8 years ago
Go to Library