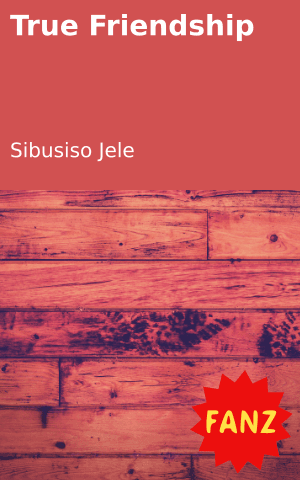 Lucky enough, there was no one in the toilet so we went inside and locked the door. We didn’t talk, we just waited there like matriculants waiting for their results in January, worried and scared of what the future holds.

We were standing, both starring at the door. She was on my left and I was on her right; that is how we always were, we always fought each other’s battles. We were always there for each other but this situation was different. We both knew that this time, we were facing a horror.

I couldn’t stop shivering. Rebecca could feel that too because she was still holding my hand. She turned her head and looked at me in the eyes. She could tell that I was not myself. I was scared.

I was weak and she had never seen me like that before. After waiting for fifteen minutes in the toilet, the music stopped playing.

“I’m going out,” said Rebecca while letting go of my hand. I tried to stop her while blocking the door but she was stronger than me. So, she moved me easily from the door and unlocked it,

“But Rebecca, please don’t! I need you here with me,” it was like I was talking to the wall, she just walked out of the toilet and left me there alone.

I became more scared than I was before. In less than five minutes, while Rebecca was out of the toilet, I heard Thabo’s voice shouting.

“Where is my baby? Did your friend kill my baby?” I could hear from the tone of his voice that he was angry. He’d stutter whenever he was angry just like the first time we met. I was wearing my sky blue dress and my black All Star. It was a Saturday afternoon at the mall. I wish I could say it was all lovely and romantic when we met but it wasn’t. I was at the wrong place at the wrong time.

It was one of those months that ended on weekends, so the mall was packed full with people. It was a perfect day for a robbery. Thabo and his two other friends did one of the biggest heists at the mall on that day and so they needed a hostage in case anything went wrong while fleeing. Unfortunately, I was that hostage.

We were sitting at the backseat of the getaway car. It was me in the middle, Thabo was on my right and the other guy on my left and the driver in front. I was almost raped for the second time in my life on that day by the guy who was sitting on my left. But Thabo shot the guy in the car and kicked him out of the car while the car was moving, just like in the movies.

I could see from his eyes that he was angry and in disgust with what his dead friend wanted to do to me.

That is one of the reasons why I was running away from him right now. How could I start a family with him? He was a killer, he had anger problems so I had to make the decision I made it.

Tell us what you think: Would you ever date a thug? Why or why not?

< previousintronext >
Login to Comment
10 Responses
No,he is dangerous.
Matstina · 4 days ago
Wow what a great story this is It is amazing This is a : Wonderful Amazing Lovely story
Lavitoow · 2 months ago
No I wouldn't coz what I make really angry and he kills me too and the next thing I, I'm six feet under.
Sexy S · 2 months ago
Anyway...I would if he respected and loved women in the ryt way but if he didn't then no
Sambe_d07 · 3 months ago
😂😂😂😂yoh...funny thing is that I keep seeing Redd88's comments in almost every book I read and she is funny shem
Sambe_d07 · 3 months ago
Load More
Go to Library