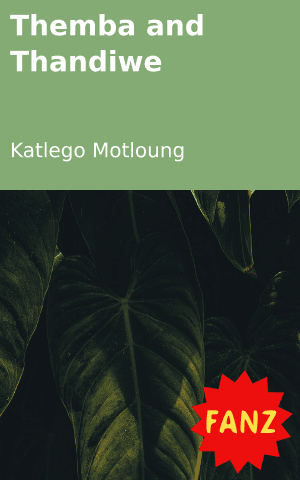 Themba decided that he would forget he ever thought about dating his lifelong friend. And as years passed by, he would see the aging Katlego and recall that day then laugh at his misconception.

It has been six years since that day and Thandiwe hasn’t changed a bit. Of course she’s tougher now and laughs twice as vivacious. At times she would stop and look at the poor Themba who kept trying to keep up and regurgitate a deeper and much more villainous laugh.

Throughout the years, Thandiwe had only dated one guy. She seemed to be really in love with him, but kept everything hidden from everyone other than Themba. Although he already knew that she was in deep adoration of the guy, he acted surprised when Thandiwe confessed.

Themba on the other hand had a lot of ins and outs with different girls. But he always came back to one particular girl, Kutlwano. She was a dark and beautiful girl who attended school in Brakpan. They kept fighting for the weirdest of reasons, but no matter how gruesome the fight, his heart always remembered its way home. Kutlwano lived in the same area as Themba, but the exact house was never in Themba’s knowledge.

“T’bo coach summons you in the green,” Wiseman reported.

Wiseman was the team Captain and a master of the English language but always tried to deviate and rather play with words.

“Okay brother, I’ll be sure to show up.”

“Kill them, my number one star,” Thandiwe yelled in awe, patting him in the back.

“Shut up and go man! I’ll finish up here,” she said laughing. She pushed him out of the class, from the door where they were dining.

He left and went to the coach who saw him and flipped with immense joy. He hugged him, slapped his broad chest with a newspaper and sat back. Themba opened the local paper and turned to the back in the sports section. ‘T’bo is on the Right Track’ was written in bold with a picture of him dribbling a player from their last match with their rival school. He laughed out loud as he noticed something in the paper.

“You are the future of this secondary school,” coach said.

“You laugh now as you see that the future is within your grasp I see.”

“Thanks, coach. I will never let you down, can I go eat now?” Themba requested.

“By all means, keep the paper,” coach agreed.

Themba swiftly rushed out and aimed for his class, he saw Wiseman smile amiably, coming out of their class. He laughed and blew it off. Then resumed his journey back to class. He found Thandiwe smiling too.

“Anyway check this out,” he focused on the bigger picture.

“What is it?” she spread out the paper.

“Not me, look over there,” he said pointing far back in the picture.

Thandiwe noticed and went off.

She laughed so hard and straight from the soul that the whole section heard and came to see. Of course they all were disappointed to find just the school star with his best friend laughing loudly together. Themba on the other side was also happy that he was actually laughing hard to and not in an awkward position.

“How did you find me in that crowd?” Thandiwe asked still laughing.

“My eye just caught you, look at you destroying that Kota.”

“OMG! My checks are stuffed with bread and chips, this newspaper is brutal,” she exclaimed still laughing.

“Let’s finish this up,” Themba suggested.

As they munched on their pap and milk, Princess, the prettiest girl in school, came to Themba and greeted but he was not moved.

“Themba I need a date for the Matric dance.”

“I wish you luck with that,”

“Argh! Don’t be childish man, you know I’m asking you.”

“I already have a date,” he said looking at Thandiwe who wasn’t with them but munching down
the dry pap and milk.

“Argh! You are so disgusting,” she exclaimed.

“Yeah well I love her,” everything paused. Even Thandiwe stopped devouring her meal and widened her eyes.

“Themba don’t do this,” she said scared.

“Let’s go to our matric dance as a couple?”

“A couple of friends, right?”

“No silly, a couple,” he chuckled.

“Yeah but I’m still going with you,” she consoled him. “Buddies for life.”

“Yeah I guess so,” he agreed to disagree.

Tell us: If you were in Themba’s position, would you still take Thandiwe as your matric dance partner even after finding out about Wiseman?

< previousintronext >
Login to Comment
11 Responses
Yes I would still do that,screw wisewhat what
Elicious · 4 weeks ago
Yes
agathamologadi@gmail.com · a month ago
Yes
violetmalakwane@gmai... · 2 years ago
Yes being a matric dance partner doesn't Really have to be someone u dating.. Jst a friend
Maka hlelo · 2 years ago
That an imbrivalant feeling bt he loved her he shouldn't give up on her bt at the same tym she must not ditches princess
thando11dlamini@gmail.com · 2 years ago
Load More
Go to Library